The US Labor Department blocked a Trump Era rule which makes it easier for gig companies like Uber (UBER) and Lyft (LYFT) to qualify workers as independent contractors.

The Labor Department said the rule, which was completed in early 2021, is being nullified before it goes into effect tomorrow. If the rule went into effect it would make it harder for gig workers to reclassify themselves under federal law as employees and get access to paid sick leave, health insurance, and a minimum wage.

The Labor Department said withdrawing the rule will “stop the erosion of worker protections,” but it does not plan to offer any new protections for gig workers. Instead, the Labor Department will continue to enforce the Fair Labor Standards Act, which was put on the books in 1938. The department will also identify opportunities to enforce labor laws, particularly ones which apply to low-wage workers.

The decision to block the employment rule was criticized by some gig economy companies which called the current system outdated. They said workers should not be forced to choose between extra benefits or flexibility. Uber said it can deliver the best of both worlds by increasing benefits offered to independent contractors.

Flexibility Plus Some Benefits

The Biden Administration recognizes the importance of gig workers to the US economy but said if the Trump rule had been passed it would have been too easy for companies to deny workers benefits. The Labor Department said it has seen an increase in companies misclassifying workers to reduce labor costs.

Conflicts surrounding how gig workers should be classified have been heating up ever since California implemented a rule that would have required gig companies to reclassify workers as employees. Uber, Lyft, and others were exempted from that law in November. In return the companies agreed to provide health benefits to some workers and occupation accident insurance coverage. Many companies are hoping that this model of flexibility and some benefits will become a national standard.

Set Off on the Retirement Route

Before we can go live the dream of retirement, we have to save for it first. According to our 2021 Money Moves Survey by SoFi, how much people are saving for it is really all over the map: 15% of people are putting more than 15% of their income toward retirement, while 24% of people are putting 0% of their income toward their retirement right now.* Enter our newest money move: the Retirement Route, here to help you plan for retirement, no matter where you’re starting out. One way to make this move is by figuring out the right retirement account for you. Find out how by exploring our new tool. 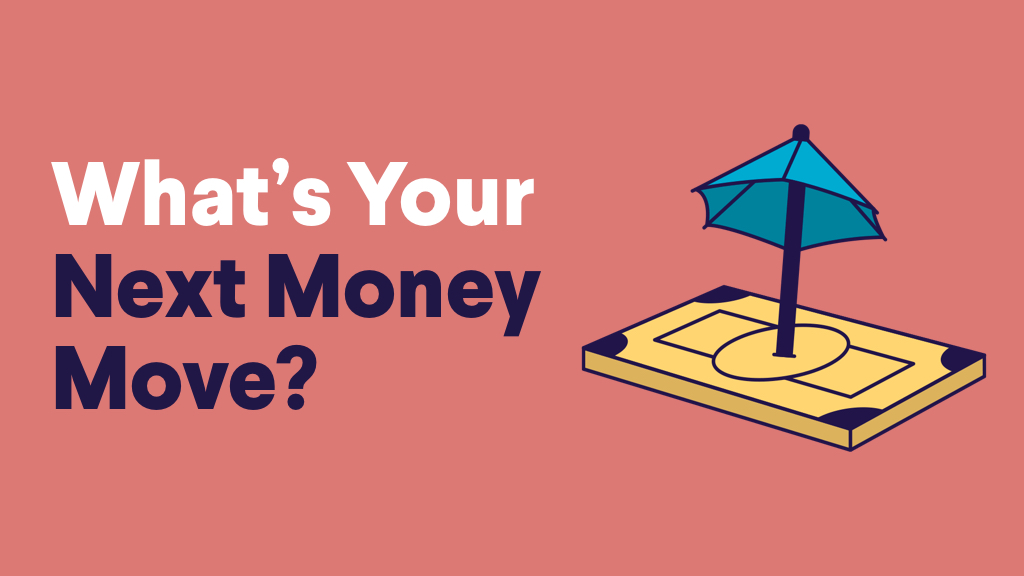 Liz Young is SoFi’s Head of Investment Strategy, responsible for providing economic and market insights. Liz is passionate about educating others on markets and investing in order to help people feel empowered to take a more active role in their financial futures. This week, see what Liz has to say about US GDP growth.

The Numbers Behind Q1 GDP

An anxiously awaited reading on the US economy came last Thursday when first quarter gross domestic product (GDP) was reported. The number itself was underwhelming (6.4% quarter-over-quarter growth) compared to what was expected (6.7%), but when you pull the curtain back and look at the numbers behind the number, things feel more promising.

GDP is made up of four main components: personal consumption, private investment (business spending), government investment, and trade (exports add, imports detract). Personal consumption is far and away the largest component of GDP, accounting for roughly 70% of the total. Translation: the US economy lives and dies by the strength and power of the consumer.

The economic reopening should drive stronger consumption of services as well, and is something to watch through the rest of 2021. Also on the watch list is the private investment component of GDP, which was a slight drag on Q1 results. I would expect private investment to pick up and become additive as companies start to invest back into their business in order to keep growing. After all, they have to spend money to make money.

Looking ahead, Q2 GDP forecasts are calling for 8.1% quarter-over-quarter growth, and Q3 for 7% growth. These sound like high hurdles, and they are for a developed economy. But we have over a year of lost time to make up for and need to clear the jumps. Stay tuned.

Looking for a Stimulus Check? File a Tax Return

Some Americans Are Still Waiting for Pandemic Checks

Pandemic stimulus checks have landed in millions of Americans’ bank accounts, but many people are still waiting for their payments and wondering what they should do.

Since the $1.9 trillion COVID-19 relief package passed in March, the Internal Revenue Service has mailed out or deposited 163 million stimulus payments, amounting to $384 billion. The IRS said it will continue to make payments until the end of 2021. There are a few tactics Americans can employ if they have not yet received their stimulus payments.

Filing Taxes by May 17 Could Help

For people who are still owed a $1,400 March stimulus check or who have not received the two previous payouts, the government recommends filing a federal tax return by the May 17 deadline. As the IRS processes tax returns it is capturing individuals’ information and is issuing checks to those who were not on record before.

The IRS is also issuing so-called plus payments to people who did not get the full amount they deserved earlier in the pandemic. If the filer’s income declined from last year or another dependent was added to a family, a household could be eligible for more stimulus money.

Individuals who do not normally file taxes but receive federal benefits are being urged to file a tax return to ensure eligible dependents are included in the stimulus payout calculations. By filing a tax return the IRS can determine if an individual is eligible for more tax credits including the enhanced child tax credit or earned income tax credit. If tax filers miss the May 17 deadline, they can claim missing stimulus money by filing a tax extension until October 15.

The stimulus checks have played an important role in boosting the economy but countless people are still wondering when they will receive their benefits. Filing tax returns should provide clarity and maybe even more cash.

P.S. The deadline for making IRA contributions for tax year 2020 has been extended to May 17, 2021. Make a contribution before tax day in the SoFi app.

“IRAs offer individuals an opportunity to save money for retirement in a tax-advantaged plan, without relying on an employer-sponsored plan like a 401(k). In addition, with a few different types of IRAs to choose from, it’s likely that many people will find an account that fits with their needs and goals.”