Verizon Communications (VZ) agreed to sell Yahoo and AOL to Apollo Global Management in a roughly $5 billion deal. The sale marks the end of Verizon’s attempt to morph into a media company.

Apollo is paying $4.25 billion in cash for a 90% stake in the two media assets. Verizon will maintain 10% ownership and will get $750 million of additional preferred stock in the new company. Apollo plans to form a company called Yahoo which will operate both businesses. Verizon paid $4.4 billion to acquire AOL in 2015. It purchased Yahoo for $4.5 billion two years later.

Apollo believes there is a lot of value to unlock from the digital properties’ 900 million active monthly users. Verizon used its media business to add more mobile subscribers and reduce churn, which meant it did not take advantage of some opportunities which a media or private-equity company may have pursued.

For example, Yahoo operates a popular sports betting platform but it is not licensed to facilitate gambling. Apollo, however, is licensed in more than 200 jurisdictions. The PE firm sees opportunities like this as a way to boost Yahoo’s revenue. “This is a typical Apollo deal in that these are very iconic, industry leading businesses, but they need a little tender loving care,” David Sambur, Apollo’s Co-Head of Private Equity said in an interview.

Apollo was not the only buyer interested in Verizon’s media unit, which posted 10% increases in revenue over the past two quarters. Other suitors wanted certain assets in the media group but not all of it. Apollo has a track record of success boosting growth at internet properties it acquires—including Shutterfly, the online photo company. Verizon is positioning the sale as a way to focus on providing customers with fiber-optic and cellular connections.

The sale of AOL and Yahoo come at a time when digital advertising is poised to pick up as the economy reopens and people spend on travel again. It will be interesting to see how Apollo chooses to operate the two properties at a complex time for the online media industry.

Call in the Rescue Reserves

We all know 2020 was the year of the unexpected. In fact, 36% of people had to tap into their emergency fund in the past year to cover unexpected costs, according to our 2021 Money Moves Survey by SoFi.* Are you financially prepared for the unexpected? If not, don’t panic: our Rescue Reserves money move is here to save the day. If you don’t have an emergency fund yet, you can start automating contributions to make it easy. It’s just one way to make this move—find out the rest by exploring our new tool. 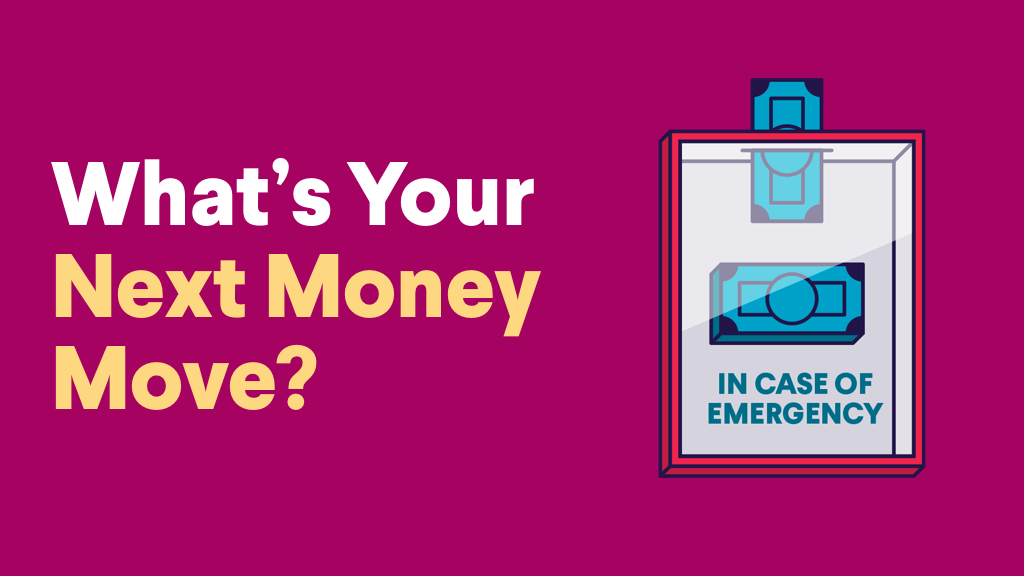 The Potential Impact of the Lawsuit

Yesterday marked the beginning of a legal showdown between Apple (AAPL) and Epic Games, the game developer behind Fortnite. The outcome of the three-week trial could have a significant impact on how app developers make money in the future.

In August, Epic Games sued Apple and Google (GOOGL) after Fortnite was kicked out of both companies’ app stores. Apple and Google said Epic broke their rules by creating a system to process payments within the game., which could prevent Apple and Google from taking a commission out of in-app purchases. Epic Games argues Apple’s 30% cut is too high and that Apple operates its App Store in a manner that prevents fair competition.

An Uphill Battle for Epic

Epic Games may have a tough time proving Apple engaged in anti-competitive practices. A decision could come down to the definition of a “market” in the digital age. Epic contends that Apple has a monopoly on mobile app distribution with its App Store. Apple argues it is just one of many distribution channels.

Epic Games’ Chief Executive Officer Tim Sweeney, who spent months preparing for the legal battle, testified Monday. Others on Epic’s witness list include company executives, former Apple employees, and workers at other technology companies including Microsoft (MSFT). Apple’s witness list includes the company’s CEO Tim Cook, and other executives including the head of the App Store.

Epic Games is not the only one to accuse Apple of anti-competitive practices. Late last week the European Union found Apple violated antitrust rules because it abused its dominant position in the distribution of music streaming apps. The preliminary ruling stems from a complaint Spotify (SPOT) filed with the EU. Regulators in the UK and lawmakers in the US are also looking into the way Apple distributes music streaming apps.

The legal battle between Apple and Epic Games will have long-term ramifications for the mobile app market. With appeals, counter lawsuits, and delays likely in the future, it may be some time before the full impact of the trial becomes clear.

The Next Generation of COVID-19 Vaccines

A handful of drug companies including Sanofi (SNY), Altimmune (ALT), Vaxart (VXRT) and Gritstone Oncology (GRTS) are developing a new crop of COVID-19 vaccines which may be available in the form of pills or nasal sprays.

The next generation of vaccines could produce longer-lasting results and may work better against new variants of the disease. US government-backed labs are also working on COVID-19 vaccines which are easier to transport and store.

Distribution of the new vaccines could be logistically simpler because they won’t have to be transported and stored at low temperatures. This would have a number of benefits, including that it would mean people in rural areas could receive vaccines more easily.

New Vaccines Could Be Available This Year

As it stands, about 277 COVID-19 vaccines are in development with 93 in human testing. Of those, two are in the form of an oral pill and seven are nasal sprays. Many of the drug companies are in the early or middle phases of human testing.

Altimmune is working on a vaccine which is administered as a nasal spray. The drug company expects results of an early-stage study by midyear. Meanwhile, Vaxart is developing a digestible tablet. An early-stage study of the pill showed that it triggered immune responses to COVID-19.

If the vaccinations prove effective, they could become available later this year or next year. They could serve as a booster for inoculated people in the US and as the primary vaccination for countries which may still be in the process of immunizing their populations later this year and next year.

Booster Shots Will Likely Be Needed

The development of new COVID-19 vaccines comes as infectious diseases specialists predict boosters will be required to extend the effectiveness of vaccines and to fight other variants. Researchers are also examining whether giving doses of two different vaccines will boost defenses.

The Walter Reed Army Institute of Research recently started clinical trials of a vaccine which protects against COVID-19 variants. Researchers want to develop a single shot to immunize people against variants. As the world begins to emerge from lockdowns, scientists are still hard at work determining how to keep people safe from COVID-19 going forward.

“Only 40% of Americans can pay for an unexpected $1,000 emergency expense (which means their emergency fund is effectively their credit cards). And that’s not the only reason an emergency fund is crucial—it can also keep you afloat if you suddenly lose your job or need to take unpaid time off work.”

This information isn’t financial advice. Investment decisions should be based on specific financial needs, goals and risk appetite.
SoFi Money® SoFi Money is a cash management account, which is a brokerage product, offered by SoFi Securities LLC, member FINRA/SIPC. http://www.finra.org/ & https://www.sipc.org/. Neither SoFi nor its affiliates are a bank.