Apple Rolls Out New Hardware While Dealing With Challenges

Yesterday, Apple (AAPL) debuted new products including updated iPad Pros at its first product launch of the year. Apple’s iPad products were not selling as well as many of its other offerings prior to the pandemic, but the remote work boom led to a spike in demand for tablets. Apple also unveiled a new colorful iMac and an updated Apple TV. Additionally, the company announced a highly anticipated product called AirTag, which will help users keep track of items using Apple’s “Find My” technology.

Apple is rolling out these new hardware products as it deals with challenges in other parts of its business. The company is in the midst of a legal battle with Epic Games, the maker of Fortnite. It is also facing harsh criticism from Facebook (FB) and increased regulatory scrutiny from lawmakers around the world.

Apple and Facebook have long been rivals, but an impending change in Apple's iPhone software is putting further strain on their relationship. Apple is changing its iPhone software to prevent apps from tracking users to send them targeted ads. Facebook argues this decision will hurt small businesses. The social media giant has launched a PR attack against Apple to get its position across. Meanwhile, the two tech companies are also competing head-to-head in the augmented reality space.

Apple is also heading to trial with Epic Games next month. Last fall, Epic Games updated the iOS version of Fortnite in a way which allowed users to pay Epic directly. This circumvented Apple's App Store rules. In response, Apple removed the game from its App Store. Epic Games responded with a lawsuit. If Apple loses this legal fight, it could be forced to change its app store policies.

Apple's App Store practices are under scrutiny because of the conflict with Epic Games. US lawmakers are also beginning to voice concerns about the policies. The Coalition for App Fairness, an industry group backed by Spotify (SPOT) and Match Group (MTCH), is urging lawmakers in Arizona and North Dakota to pass laws which would reduce Apple's control of the App store. At the same time, regulators in the US are considering filing a formal antitrust complaint against Apple.

Though Apple’s new products are receiving positive attention, they are being somewhat overshadowed by the company’s challenges in other parts of its business.

How Debt Refinancing is Like Football Teams Making In-Game Adjustments

Data analyst Cynthia Frelund shares the details of refinancing debt. Watch the video to learn about debt consolidation and the ways it can save you money. 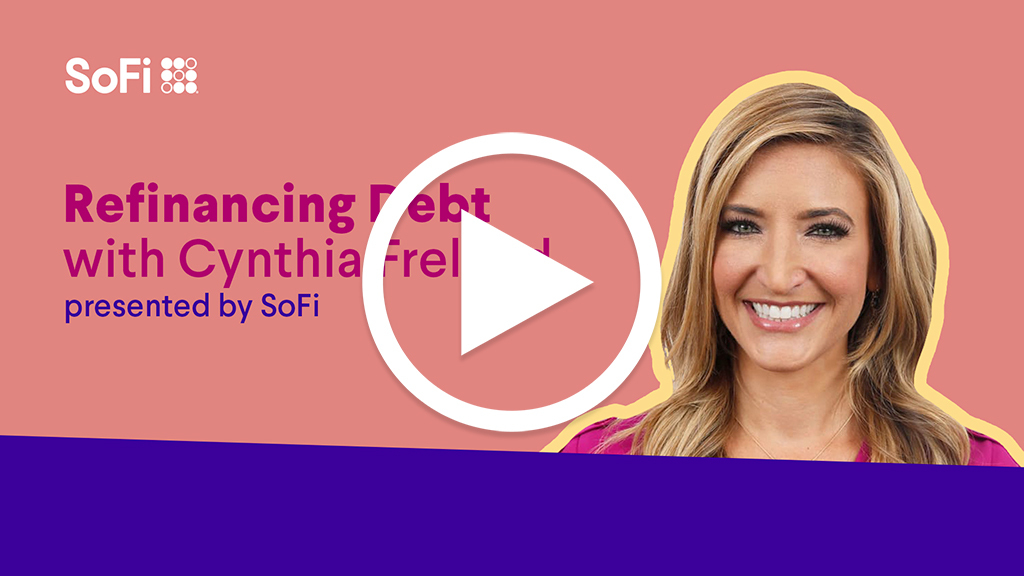 Netflix's (NFLX) subscriptions skyrocketed during the pandemic. But with vaccinations rolling out, shutdown restrictions easing, and competitors circling, the streaming giant is facing new challenges.

Netflix added about 37 million new subscribers during the pandemic, and its subscriber count hit 204 million by the end of the year. But Netflix wasn't the only streaming service to see a big jump in demand. Consumers also flocked to Disney's (DIS) Disney+, Apple's (AAPL) Apple TV+, and other streaming services.

Netflix is still the leader in the US market but maintaining its position may prove difficult. Yesterday the company reported that it added 3.98 million paid subscribers during the first quarter of the year, which was significantly below expectations. For future guidance, Netflix also said it’s only expecting to add about 1 million subscribers in the current quarter.

As more people receive COVID-19 vaccines and the economy begins to reopen, consumer spending habits are changing. Airlines are reporting an increase in bookings, movie theaters across the country are operating again, and restaurants and hotels are ramping up hiring to meet demand.

All of these trends mean that people are spending less time on their couches watching Netflix. In 2020, the average amount of time US consumers spent watching Netflix rose 20% compared to 2019 levels. Now that Netflix will have to compete with in-person entertainment, it may be difficult to hold onto its new users and continue to grow.

Additionally, Netflix’s rivals are getting more competitive. Other streaming platforms are discounting their services to draw in customers, while Netflix recently raised its prices. Though this choice may help Netflix’s bottom line, it could also make subscriber growth difficult.

Netflix is aware of the increased competition and has been making changes to address it. The company is building up its library of original shows to appeal to consumers across the globe. It is also trying to secure the rights to content produced at other studios. Netflix recently inked a deal with Sony Pictures Entertainment (SONY) to be its domestic streaming partner for theatrical movie releases.

Competition in the streaming content market is heating up at the same time that consumers are itching to get out of their homes. It will be interesting to watch how Netflix responds to these changing market conditions.

Orocobre is paying $3 billion for rival miner Galaxy Resources (GXY) as deal making in the lithium market heats up amid increased demand for electric vehicles and high-tech gadgets.

If the deal closes, the combined company will be the fifth-largest global lithium miner. Lithium is an important component in EV batteries, and there are growing concerns about lithium shortages as demand for EVs increases. This is driving the price of lithium higher and is spurring deal making. The all-stock deal gives Orocobre shareholders a 54.2% stake in the combined company while Galaxy stockholders will own the remaining 45.8%.

Lithium Prices on the Rise Amid EV Demand

The price for lithium is forecast to rise sharply in the next few years as demand for electric vehicles surges. Tesla (TSLA) is an early leader in the market, but many vehicle manufactures including Ford (F) and General Motors (GM) are pouring billions into the EV market and rolling out electric cars and trucks. Automakers are responding to consumers who want to lower their personal carbon emissions as well as government regulators looking to curb emissions.

Some analysts expect to see a shortage of lithium starting next year which could become more extreme as demand for electric vehicles rises. Lithium prices in China are already increasing in response to strong demand and supply disruptions from producers in Australia.

More M&A in the Works

Orocobre Chief Executive Martín Pérez de Solay will become the CEO of the combined company, while Galaxy Chairman Martin Rowley will become Non-Executive Chairman. The merger will give the two companies more diversification in the types of lithium they mine. The combined entity will also look for acquisitions which could expand its footprint globally. Orocobre's lithium operation is in northern Argentina and Galaxy's mine is in Australia. Galaxy also has projects under development in Argentina and Canada.

As demand for electric vehicles increases, there could be more M&A activity in the lithium industry soon.

“Before you start shopping for a car loan, it's important to understand how you might look to a potential lender based on your credit history. Reviewing your credit reports and credit scores can provide you with some perspective on what kind of loan terms you're likely to qualify for.”

Lantern by SoFi:
Lantern is owned by SoFi Lending Corp. or an affiliate, a lender licensed by the Department of Financial Protection and Innovation under the California Financing Law, license number 6054612; NMLS number 1121636. ( www.nmlsconsumeraccess.org )
All rates, fees, and terms are presented without guarantee and are subject to change pursuant to each provider’s discretion. There is no guarantee you will be approved or qualify for the advertised rates, fees, or terms presented. The actual terms you may receive depends on the things like benefits requested, your credit score, usage, history and other factors.
**Check your rate: To check the rates and terms you qualify for, Lantern conducts a soft credit pull that will not affect your credit score. However, if you choose a product and continue your application, the lender(s) you choose will request your full credit report from one or more consumer reporting agencies, which is considered a hard credit pull and may affect your credit.