The Week Ahead On Wall Street

There are no major economic reports scheduled for the first three days of the week.

On Thursday the US Labor Department will release continuing jobless claims and initial jobless claims for the previous week. For the week which ended April 10, initial jobless claims fell from 769,000 to 576,000. Investors will be watching to see if these declines continue as the economy reopens and people return to work. Also on Thursday, the National Real Estate Association will release existing home sales for March. This data point measures sales volume for single-family-homes. Existing home sales fell by 6.22 million in February.

Coca-Cola (KO) reports quarterly earnings today. The beverage company’s sales have suffered during the pandemic because of canceled concerts and sporting events as well as restaurant and movie theater closures. There are also concerns that Coca-Cola could face as much as $12 billion in tax liabilities stemming from a dispute with the IRS. Uncertainty about Coca-Cola's pandemic recovery and potential tax exposure has been weighing on its shares.

Netflix (NFLX) will share its latest results tomorrow. The streaming giant added 15.8 million new subscribers during the first quarter of last year as consumers stuck at home looked for ways to pass time. Netflix's growth may be muted with shutdown restrictions easing and movie theaters reopening. Netflix expects to add 6 million new subscribers in the first quarter of this year—down from 8.5 million in the previous quarter.

Chipotle Mexican Grill (CMG) reports quarterly results on Wednesday. Sales at brick-and-mortar restaurants are increasing as more people get COVID-19 vaccinations and social distancing restrictions ease. To capitalize on these trends, Chipotle is adding new items to its menu and expanding its footprint. Chipotle is also continuing to build its online ordering business. Chipotle invested in Nuro last month, an autonomous tech company, to grow its delivery network.

Snap (SNAP) reports quarterly earnings on Thursday. The social media platform is popular with younger users, which is a coveted demographic for advertisers. At the end of 2020, Snap had more than doubled the advertisers on its platform and posted daily active user growth of 21.6%. Shares of Snap are up more than 350% over the past year. Investors will be paying close attention to Snap’s growth in the first quarter to see if its momentum is continuing.

American Express (AXP) reports quarterly earnings on Friday. The credit card company is benefiting from an increase in consumer spending thanks to the recent round of stimulus checks. With mass availability of COVID-19 vaccinations, cities are easing shutdown restrictions which will likely continue to drive spending on travel, entertainment, and dining.

Bring all your career questions and get advice from coaches, plus join us for a discussion on building your financial knowledge—live on LinkedIn, Twitter, and Zoom. RSVP in the SoFi app to reserve your spot. 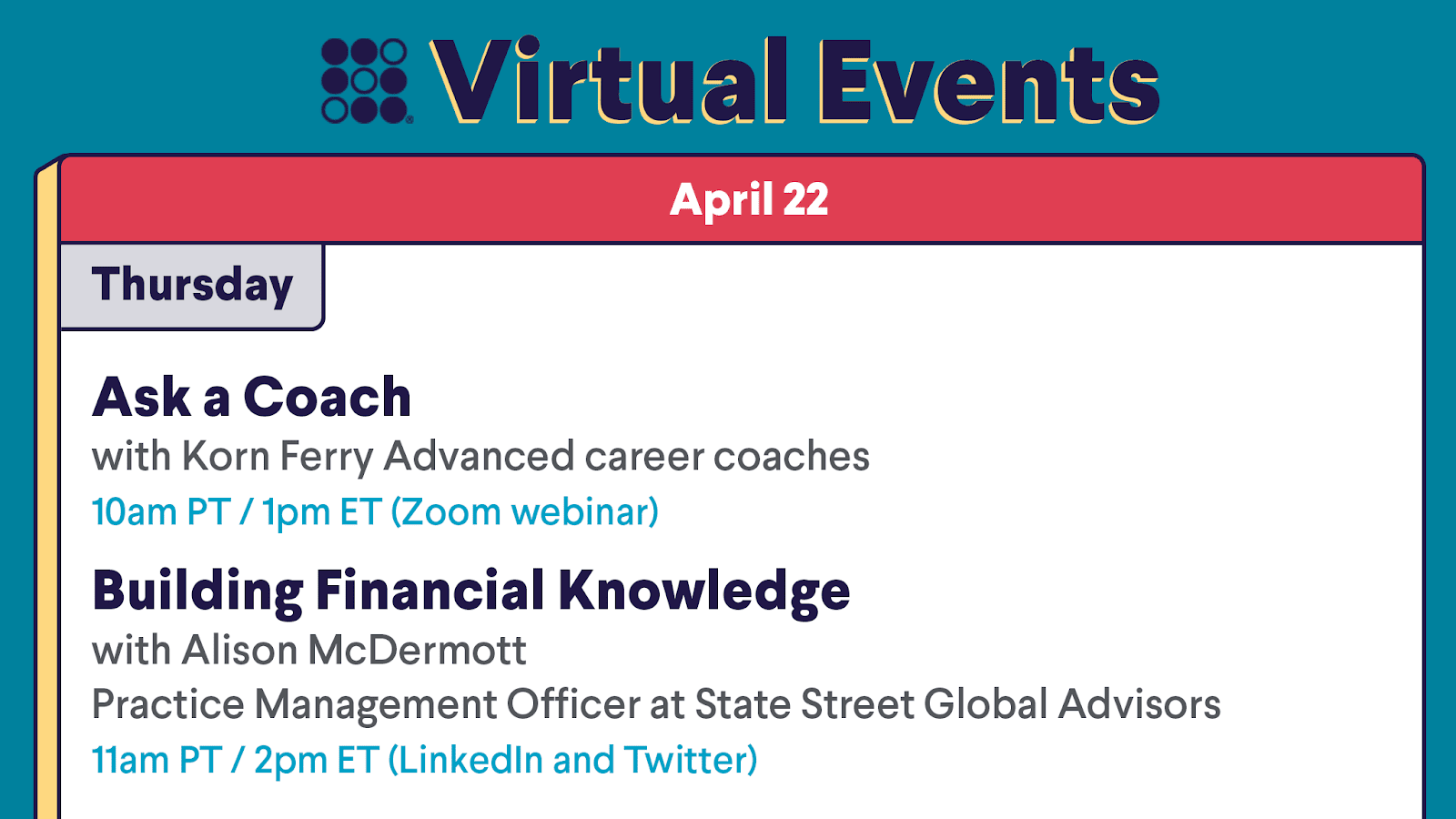 Competition Heats Up in the Plant-Based Meat Market

Impossible Foods Works to Catch Up With Beyond Meat

Beyond Meat Leads the Way

Though competition is ramping up, Beyond Meat is currently the undisputed leader in the alternative meat market. The company's plant-based food products are sold in more than 28,000 US retail locations, 42,000 US restaurants, and 80 international markets. It has partnerships with McDonald's (MCD), Yum! Brands (YUM), and PepsiCo (PEP) as well as a footprint in China and the EU. Impossible Foods trails its rival in the US and has not yet been able to enter China and the EU because of a genetically modified ingredient in its products.

Nevertheless, Beyond Meat's lead over Impossible Foods seems to be narrowing. Sales in Beyond’s food service business took a big hit during the pandemic because the company’s reliance on small, sit-down restaurants.

Impossible Foods is looking to catch up with Beyond Meat by expanding its presence in restaurants and retail stores. It recently inked a deal to sell its breakfast sandwiches at US Starbucks (SBUX) locations. Burger King (QSR), White Castle, Red Robin (RRGB), and other restaurant chains also sell Impossible Foods products. These large chains were resilient during the pandemic, which helped Impossible Foods’ bottom line.

Impossible Foods has also been making inroads with supermarket chains. During the pandemic, Impossible Foods’ market share of plant-based patties sold at retail outlets jumped from 5% to 55%.

Plant-based meats have rapidly gained popularity recently. Competition between Impossible Foods and Beyond Meat is sizzling. Both investors and consumers will be eager to see how the rivalry progresses.

Turkey is banning the use of cryptocurrency as a payment method, pointing to volatility and the potential for it to be used for illicit activities. With Turkey's economy suffering and the value of its currency falling, some locals have been trading their currency for crypto.

Turkey's central bank pointed to the lack of regulation as another reason to ban cryptocurrency usage for payments in the country. Virtual coins, which are out of the purview of central banks, are being viewed as a threat to the currencies issued by governments.

There are roughly 2.4 million cryptocurrency holders in Turkey, with bitcoin being the most popular virtual coin. Most crypto users in Turkey buy bitcoin as an investment rather than to make payments. Daily trends may not change significantly because of the ban, but it is still somewhat concerning for cryptocurrency investors.

The Turkish government’s decision comes as bitcoin and other virtual coins are rallying. Bitcoin, ether, and dogecoin set record highs last week, buoyed by Coinbase's (COIN) $86 billion IPO. Since the pandemic began, individuals around the world have been buying and selling cryptocurrencies at an increasing rate. This has resulted in bitcoin prices more than doubling.

Meanwhile, the Turkish economy is facing hardships. People are also pouring money into crypto into gold and foreign currencies. The government is urging the public to invest that money back into the local economy.

Turkey's new regulation prevents payment companies from sending money to cryptocurrency exchanges, which means users must rely on banks for their transactions. Through these measures, the Turkish government hopes to have more oversight of crypto transactions. But this may prove difficult.

Bitcoin transactions are between two people, without central bank intervention. That makes it hard for governments to track transactions other than when bitcoin is converted into lira. Critics say the new policy will reduce the use cases for cryptocurrency and will drive transactions underground, ultimately limiting the government's access to information about crypto transactions.

The ban goes into effect on April 30. Crypto enthusiasts and sceptics around the world will be eager to see what impact the decision will have on Turkey’s economy and on the global crypto market.