Spotify (SPOT) inked a deal to acquire Betty Labs, giving it a foothold in the live audio market. Terms of the deal were not disclosed, but investors seemed to welcome the news. Shares of Spotify were up 2% at market close yesterday.

Betty Labs is based in Los Angeles and operates Locker Room, an audio app that enables fans and sports enthusiasts to talk about sports in real-time. Its direct rival is Clubhouse, another popular audio app.

Spotify said it plans to focus on expanding Locker Room into other areas of live audio once the deal is complete. “Creators and fans have been asking for live formats on Spotify, and we’re excited that soon, we’ll make them available to hundreds of millions of listeners and millions of creators on our platform,” said Gustav Söderström, Chief Research & Development Officer at Spotify.

The Rise of Live Audio

Spotify's acquisition of Betty Labs comes at a time when live social audio apps are getting a lot of attention thanks to the launch of Clubhouse in 2020. The invitation-only app came to prominence during the height of the pandemic as people were stuck at home and had time on their hands. The app also provides users a way to combat “Zoom fatigue” because they can entertain themselves and connect with others without using a screen.

As of mid-March, Clubhouse has been downloaded more than 12 million times. On Clubhouse, users enter virtual rooms to chat about different topics, from sports to investing. The idea is to mimic in-person group conversations. Spotify will work to expand Locker Room so it will also offer discussions about sports, music, culture, and other topics for users to choose from. The streaming service operator also wants to give creators features so they can connect with their fans in real time.

Spotify isn't alone in going after the live audio social market. Heavy hitters including Twitter (TWTR), Facebook (FB), and Microsoft (MSFT) have either entered the space or are eyeing the market. Microsoft is reportedly considering purchasing chat app Discord for roughly $10 billion.

The popularity of live audio apps could simmer down as more people recieve COVID-19 vaccines and more in-person entertainment opportunities become available. But Spotify and other tech companies seem to believe the rise of audio apps could be a long-term trend.

What Are Spacs All About?

Join SoFi’s Brian Walsh and Nasdaq’s Michael Sokoll, CFA, as they explore the exciting world of SPACs—like what SPACs are, how they work, and how to invest in one. Register in SoFi app to reserve your seat! 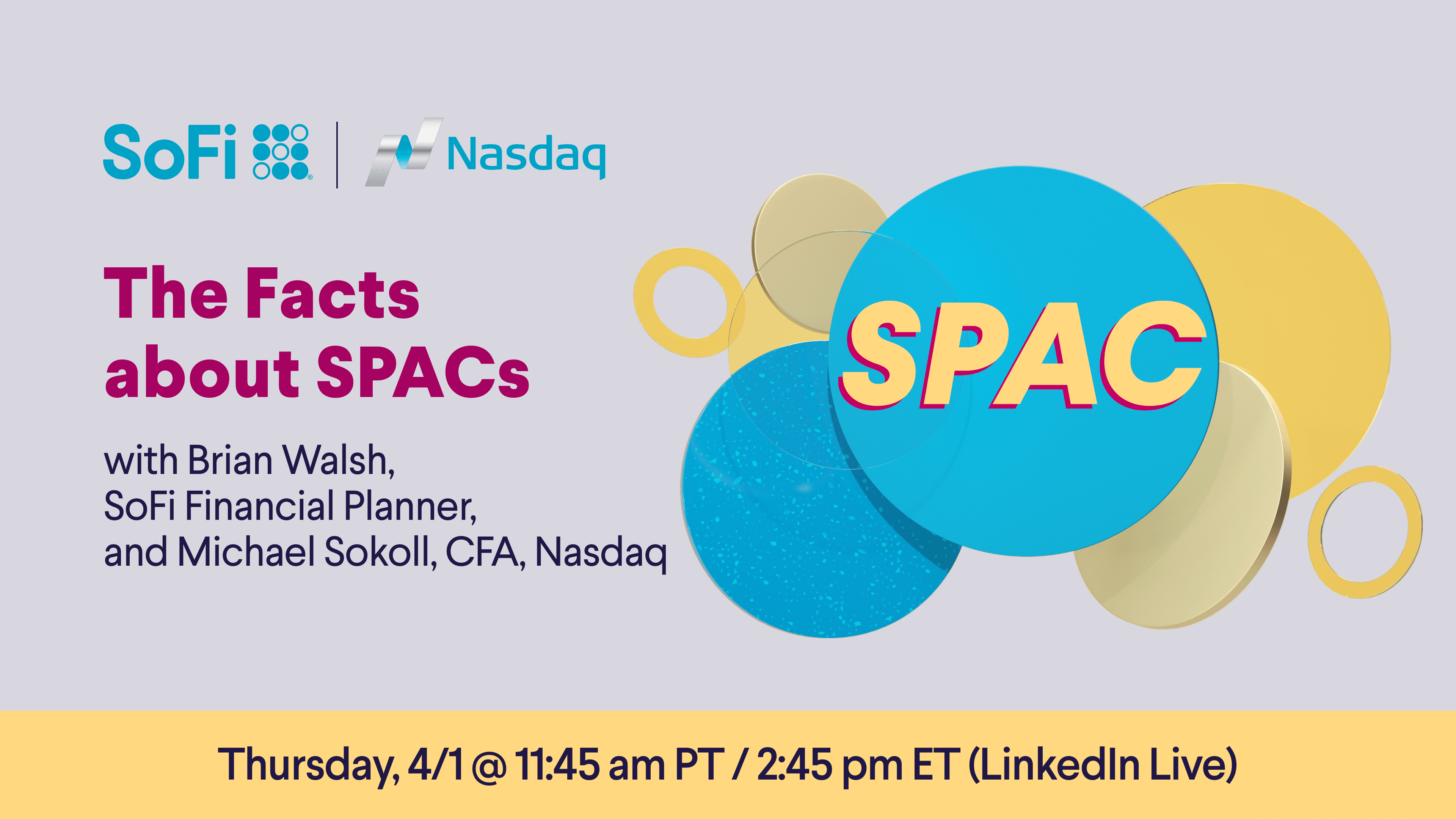 Facebook (FB) is working on a new social media app for children under the age of 13 which will be similar to Instagram. Facebook says the app will enable children to keep up with friends and family without any intrusive ads. The move is also seen as a way to get young users off of Instagram.

Facebook has taken steps to prevent children from using its apps over the years, but kids are still using them in large numbers. In a study from several years ago, Facebook found that 81% of parents in the US said their children began interacting with Instagram between the ages of 8 and 13.

Facebook wants to create an app which is safe for children for a number of reasons. The company hopes to improve its public image and help parents feel comfortable letting kids use the new product.

The new app will also likely give Facebook the ability to improve its ad targeting capabilities. The company began requiring Instagram users to provide their birthdate to sign up in late 2019, which is especially helpful for targeted ads in age-dependent categories like alcohol.

Facebook isn't a stranger to developing apps geared toward children. Messenger Kids, introduced in 2017, is similar to Facebook Messenger but it is aimed at children between the ages of 6 and 12.

Messenger Kids doesn't have ads, but the social media giant does use the data it collects from the app. Facebook may use a similar model for the new kid-focused app it is developing.

However, the company has come under scrutiny from privacy activists and governments around the world regarding how it collects and uses data. These discussions could become more complicated if they center around an app for children. Investors as well as parents and children will be eager to see if and when Facebook’s plans come to fruition.

These decisions are expected to further depress the commercial real estate market. Many large companies sign leases for office space which can last ten years or more. These corporations can then sublease the space to other tenants.

With so much available office space to lease, rent prices are declining—even for pricey properties. The price to rent an office in New York and San Francisco has declined 17% while office rents are down 13% across the country.

CBRE Group found at the end of last year there was 137 million square feet of available office space for sublease, which marks a 40% increase from 2019 and the highest availability rate in 18 years. The fact that companies are unloading real estate now, even as vaccines are rolling out and some people are making plans to return to in-person work, shows that the trend of working from home may be here to stay in some capacity.

Companies Sublease Swaths of Space Across the Country

JPMorgan is looking to sublease as much as 700,000 square feet of office space located in the downtown area of New York City. The bank began the process earlier in 2021. This marks the biggest block of office space available to sublease in the city.

Meanwhile, PricewaterhouseCoopers and Yelp (YELP) have office space in New York available for sublease while Salesforce is looking to sublease properties in an office in San Francisco. Uber Technologies (UBER) and Wells Fargo & Co. (WFC) are among the other big companies looking to get rid of office space in various cities. The list of major companies looking to sublease could grow even larger as working from home becomes more commonplace.

“All investments carry some risk, but the difference between speculating and investing can illustrate the level of risk involved. Speculating often describes scenarios when there’s a high chance the investment will deliver losses but also when the investment could result in a high profit. In contrast, investing generally refers to situations when an individual researches an asset, puts money into it with the hope that prices will rise over time a reasonable amount.”