This past week and into yesterday morning, one investor sent markets into a frenzy when his firm and a handful of banks began selling enormous positions in blue-chip companies.

Archegos Capital Management, a family office and private wealth firm, liquidated nearly $30 billion worth of stocks last week after facing margin obligations to brokers it couldn't meet. As a result, shares of ViacomCBS (VIAC) and Discovery (DISCA) plummeted on Friday. The market value of other public companies declined by billions of dollars as well, surprising investors since there wasn't any company specific or geopolitical news to spur the sell-off.

Investment banks specifically were caught in the crosshairs. Morgan Stanley (MS), Goldman Sachs (GS), and Deutsche Bank (DB) all initiated the stock sales for Archegos Capital. These sales helped liquidate the firm’s positions and shore up capital in order to meet the margin obligations. With that said, the massive block trades left the markets in an oddly fragile position. This somewhat obscure event took Wall Street by surprise. Here’s what investors need to know.

The Rise of Family Offices

Archegos Capital Management is a family office which manages money for the ultra-wealthy. It's run by Bill Hwang, who worked at Tiger Management where he served as a fund manager during the dot.com boom in the 1990s. Hwang then founded Tiger Asia in 2001, helping it become one of the most prominent Asia-focused hedge funds in the mid 2000s.

Family offices in general are growing increasingly more powerful on Wall Street. According to a report this year from EY, there is more private family capital than private equity and venture capital combined. Across the world there are 10,000 single family offices which, along with investing, help families manage everything from tax and estate planning to philanthropic endeavors. At the end of 2019, family offices managed nearly $6 trillion in assets, which is why major players can move markets.

Archegos, for example, had about $10 billion under management. It was a long-short fund, meaning it bet both for and against certain companies. In order to amplify its exposure to certain stocks, Archegos used leverage. This strategy is risky and can be profitable if the fund’s bets pay off. It can also magnify losses if stocks don’t perform as planned.

A few weeks ago, the stock prices of Chinese internet companies Baidu (BIDU) and Farfetch (FTCH) began to tumble. Then last Monday, ViacomCBS announced a sale of common stock which put pressure on the stock. Archegos had significant exposure to all of these names and had to try to sell out of some of its positions.

When Archegos started selling it put even more pressure on these stocks from a price perspective. The banks facilitating the liquidation for Archegos began offloading chunks of shares through block trades. Block trades can help a fund sell a large number of shares quickly, but oftentimes have to be done at a discount because it's hard to find a buyer that is willing to purchase an outsized number of shares.

The contagion risk, or chance this weakness spreads to other areas of the market, looks to be limited. But a few companies will be hit. Credit Suisse (CS) and Nomura signalled yesterday that they will likely be hurting from this one-off event. Deutsche Bank, on the other hand, announced it was able to unload its exposure and will emerge relatively okay.

Join career expert Ashley Stahl as she helps you navigate your career and professional life through monthly office hours. These aren’t your normal office hours though—we’ll have time to network & mingle with your fellow ‘study groups’ and best yet… we offer a do-it-yourself mixology class + happy hour as well. Register in the SoFi app to reserve your spot! 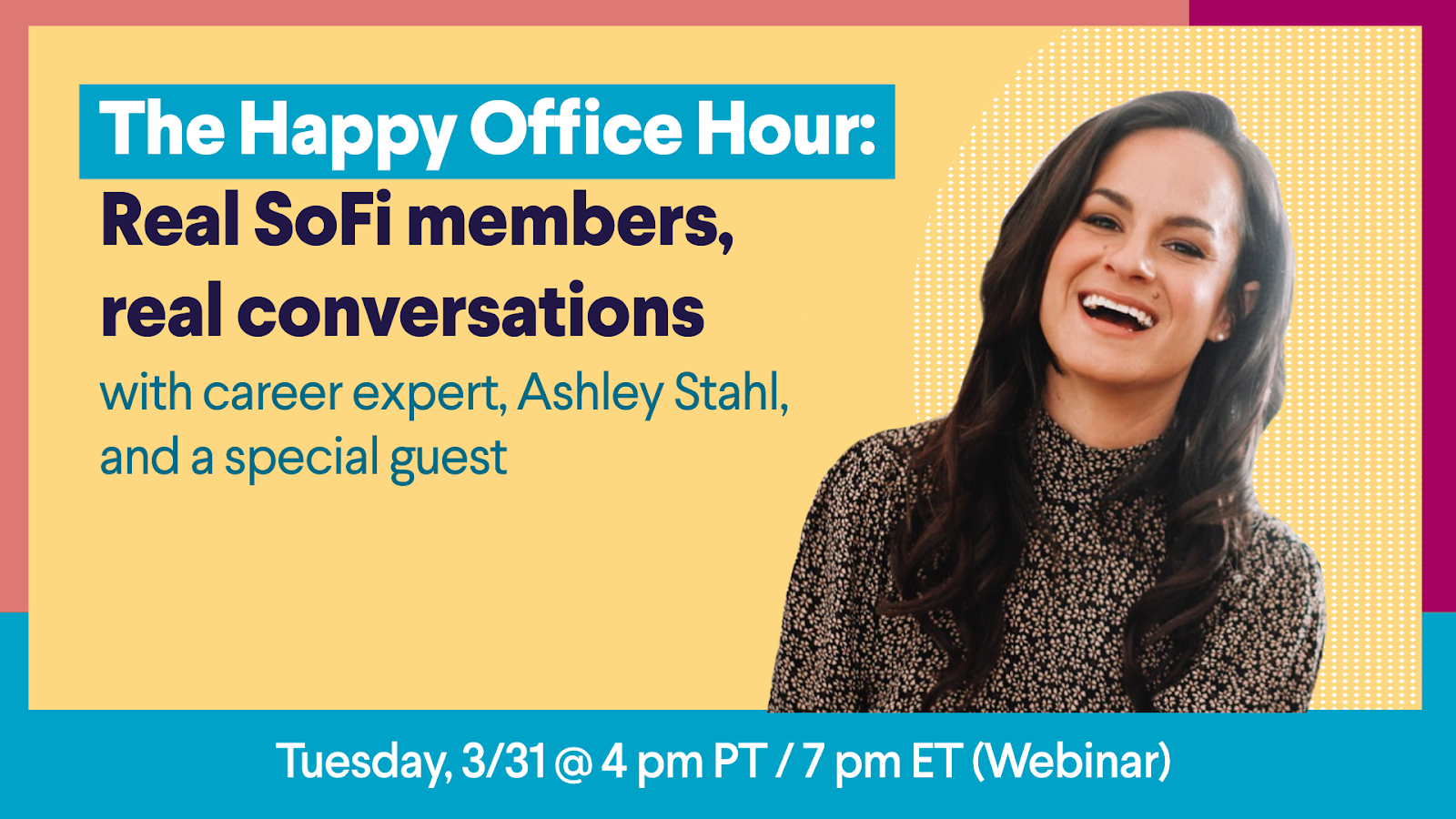 News Corp (NWSA), the global media company that owns Dow Jones and Fox News, is acquiring the consumer unit of Houghton Mifflin Harcourt, the Boston-based publisher, in a $349 million deal.

The deal is News Corp’s second acquisition in recent days. It underscores the media giant's newfound interest in making bolt-on buys after a few months of pruning non-core assets.

What This Means for News Corp

By acquiring the consumer unit of Houghton Mifflin Harcourt, News Corp gets its hands on well-known authors, including George Orwell and J.R.R. Tolkien. News Corp also gets access to a front list of lifestyle and children's titles, including bestsellers Antoni in the Kitchen, Instant Pot Miracle, Wow in the World: The How and the Wow of the Human Body, and Little Blue Truck's Valentine. The unit will be run by New Corp's HarperCollins Publishers unit. For Houghton Mifflin Harcourt, the asset sales enable it to pay down some of its debt. The publisher is also shifting its focus to digital education, which has been a goal since last fall.

Under HarperCollins’ lead, within two years News Corp believes the deal will save it $20 million or more each year, and expects to create revenue synergies in part by expanding the licensing opportunities for the new unit.

News Corp has been in deal making mode for some time now as it gets rid of non-core underperforming assets and focuses on growth areas. Last week it spent $275 million to acquire Investor's Business Daily, adding to its portfolio of business and investing-related publications.

Investor's Business Daily meshes with News Corp's digital strategy, with the business enjoying red-hot growth in the past few years. According to News Corp, at the time of the acquisition IBD had close to 100,000 digital subscribers and little in the way of overlap with existing Dow Jones subscribers. Investors in the media industry will be eager to watch News Corp’s next moves.

Cazoo Merges With a SPAC

Cazoo started three years ago operating a marketplace for UK car and truck buyers, selling and delivering cars in the UK and Europe. High-profile companies Carvana (CVNA) and Autotrader (ATDRY) are among its main rivals. As part of the deal, Cazoo founder Alex Chesterman will remain at the helm as CEO. Och gets a seat on the board as part of the transaction.

Why a SPAC Deal?

Cazoo is the latest private company to tap the public markets through a SPAC transaction. SPACs, like AJAX I, are shell companies created solely to raise money to make acquisitions of private companies. The SPAC-purchased company can then trade on the stock exchange without undergoing a traditional initial public offering. In 2021 alone, US-focused SPACs raised $87.9 billion. This is higher than the amount raised in all of 2020.

Upon completion of the transaction, Cazoo will trade on the New York Stock Exchange. That's seen as a negative for the London Stock Exchange, which has been working to draw more tech companies its way. The SPAC boom in the US hasn't materialized in the UK yet, although there are signs the UK may ease rules to welcome US SPACs.

Interest in Cazoo is surging thanks in part to the COVID-19 pandemic, which forced people to purchase all sorts of items, including vehicles, over the internet. While online car sales are still a small portion of overall car sales, they are growing rapidly. Cazoo had annual revenue of $600 million in the first fiscal quarter, and it expects that to hit close to $1 billion by 2021. Investors will be eager to see what is down the road for Cazoo as it gets ready to go public.

“The more you begin to recognize where your natural strengths are, the more enjoyable your career gets to be.”