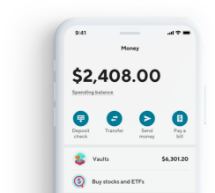 The October Chicago Fed National Activity Index is released this morning along with preliminary manufacturing and service PMI figures for November. Between September and October, the IHS Services PMI climbed from 54.6 to 56.9, marking the third consecutive quarter of expansion. The markit manufacturing PMI also rose between September and October. These numbers may show a decline as COVID-19 cases as well as shutdowns have been on the rise in recent weeks.

Tomorrow, the Case-Shiller National Home Price Index will be released along with the November Consumer Confidence Index. This metric measures how optimistic consumers feel about the country’s economic health based on their saving and spending activity. The index hit a pandemic high of 101.3 in September, but fell to 100.3 in October.

On Wednesday, October durable goods orders, October core capital goods orders, the October advance report on trade in goods, October core inflation, and October new home sales are released. Initial jobless claims data will also be made available. Last week, unfortunately this metric rose to 742,000, up from 711,000 the week prior, as rising COVID-19 cases forced states to implement new restrictions on businesses. The final November Consumer Sentiment Index, showing how confident consumers feel about the economy’s health, will also come out a few days after the preliminary data. Also look for October personal income and October consumer spending on Wednesday. These metrics rose by 0.9% and 1.4% in September.

There will be no economic data released on Thursday and Friday because of Thanksgiving.

Today Urban Outfitters (URBN) reports its earnings. The clothing brand, which is known for its in-store experience, has suffered due to store closures. However, the company saw 76% growth in new digital customers across its brands. Investors are hopeful that the holidays season will give Urban Outfitters a boost, even if customers are shopping digitally instead of in stores.

Tomorrow Gap (GPS) will report earnings. The company owns its namesake Gap brand along with Old Navy, Athleta, and Banana Republic. Like many retailers, the clothing brand abruptly lost significant revenue when the pandemic set in. The company’s Q1 sales tumbled 43%. However, it has taken significant steps to cut costs, and raised $2.25 billion in capital. The company also named Sonia Syngal as its new CEO to help the company navigate the COVID-era market.

Dell (DELL) will also report earnings tomorrow. There has been robust demand for the company’s cloud services as many consumers continue to study and work online. However, Dell seems to have lost market share in the personal computer landscape to companies like Levano (LNVGY) and HP (HP).

Dick’s Sporting Goods (DKS) will also hand in its report card tomorrow. The company saw surging sales over the summer as consumers looked for COVID-safe ways to entertain themselves and stay in shape. The company could see another sales spike this winter as people buy holiday gifts and equipment for cold weather sports.

On Wednesday Deere & Co (DE), the agricultural, construction, and forestry machinery company reports earnings. Because of economic uncertainty, some companies are putting off investments in large machinery, which has hurt the company’s sales. However, investors are hopeful about Deere’s recent purchase of 5G licenses for its factories in Illinois and Iowa.

There are no reports scheduled for Thursday and Friday due to Thanksgiving.

A holiday week can’t stop us from offering our members memorable events. Learn how to avoid common money mistakes, and enjoy the latest Your Next Dollar series. Register today in the SoFi app! Want to catch up on an event you missed? Watch past events on our YouTube channel. 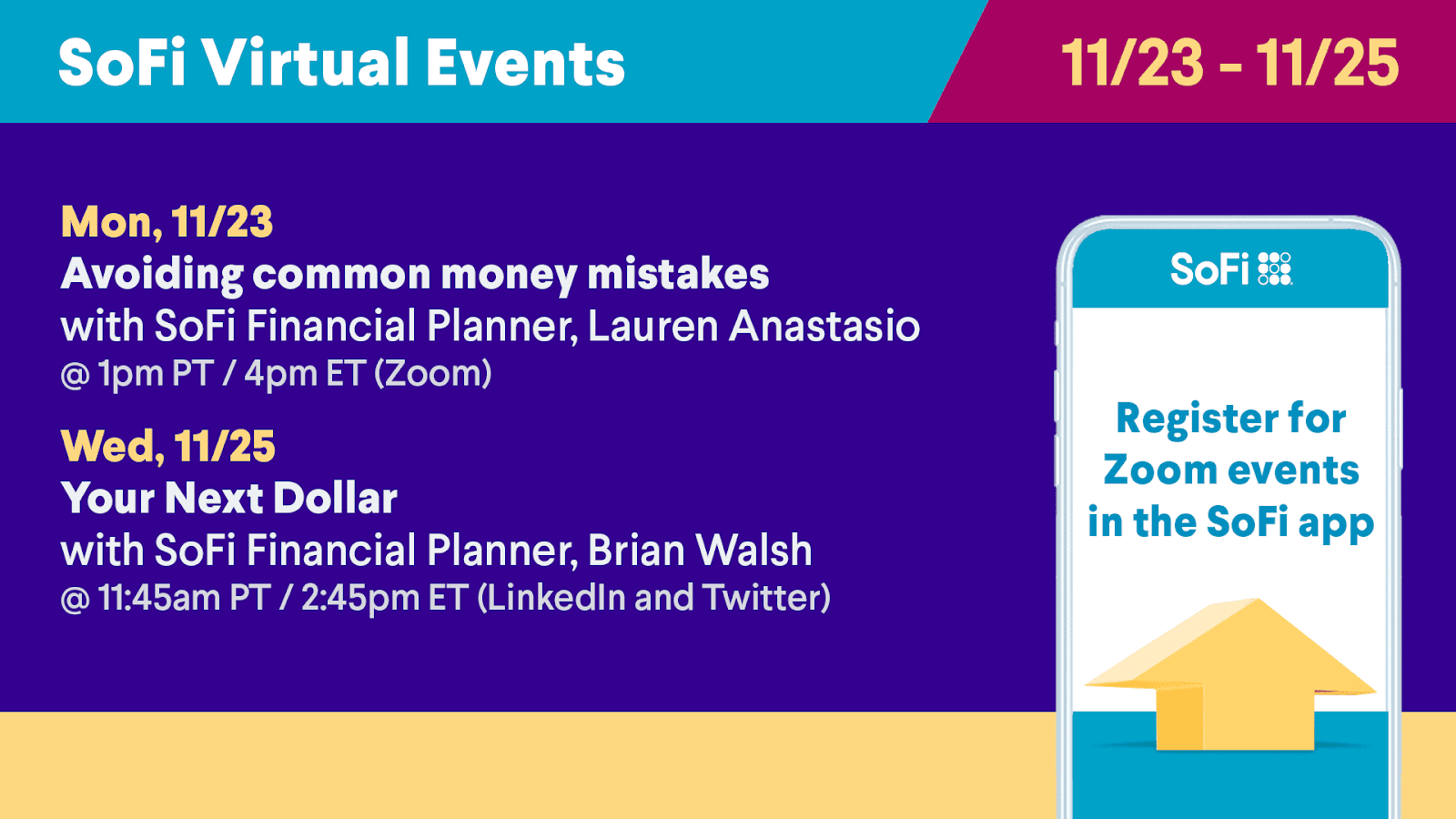 On Friday, Pfizer (PFE) asked US health regulators to allow the use of its COVID-19 vaccine. This marks a significant milestone in the race to find a way to stop the virus which has taken over one million lives and caused economic upheaval around the world. Last week, Pfizer and its vaccine development partner BioNTech (BNTX) shared that their two-shot vaccine proved safe and 95% effective in a 44,000-person trial.

The FDA is expected to conduct the review process quickly given how impactful a COVID-19 vaccine would be. However, the health regulators have also emphasized that they will hold the vaccine to a high standard to ensure that it is safe for millions of people to receive.

Pfizer shared that distribution could begin as soon as mid-December, which would make this one of the fastest vaccine development efforts ever. Typically the process of researching, creating, and testing a vaccine takes at least 10 years. However, the stakes of finding a COVID-19 vaccine could not be higher, and researchers are rising to the challenge of finding a safe, effective shot in record time.

If and when the FDA approves the vaccine, there will be more hurdles to clear, from manufacturing and transporting shots to assuring the public that the shot is safe. It is possible that certain sectors of the population who are vulnerable to the virus, like healthcare workers and elderly citizens, would receive the vaccine first.

Other Developments in the Fight Against COVID-19

Health experts are also reviewing products for fighting COVID-19 developed by other companies. On Friday, the World Health Organization recommended against the use of Remdesivir, a drug for treating the virus developed by Gilead (GILD). Gilead has contested the claims and the FDA approved Remdesivir as a way to treat COVID-19 patients in October. Last week the FDA also granted emergency use authorization for baricitinib, a drug developed by Eli Lilly (LLY), used to help patients recover from COVID-19.

Moderna (MRNA) has also reported positive results from its COVID-19 vaccine trial. After the company finishes gathering safety-related data, it plans to seek FDA authorization in a matter of weeks.

Demand for online gaming has surged during the pandemic, and many are eager to invest in the sector. Roblox, a gaming platform that allows users to make their own games and play games created by others, has filed to go public. It aims to begin trading before the end of the year along with several other high-profile tech companies like Airbnb and DoorDash.

Roblox’s third quarter revenue hit $242.2 million, a 91% leap compared to the same period a year ago. The amount of time users spent on the platform during the quarter ending in September, measured by a metric the company calls “hours engaged,” more than doubled to hit8.7 billion. Daily active users also jumped, reaching 36.2 million.

Roblox’s business model is different from that of a traditional game publisher or developer. The company’s platform is free and games are created by users. Roblox makes money by selling currency called Robux which allows gamers to buy any number of perks within the games, from virtual pets to virtual clothing for characters.

The company is also growing beyond its original platform. During the pandemic, it began offering free, virtual concerts from high-profile artists like rapper Lil Nas X. These concerts have garnered tens of millions of views.

Though 2020 has been a remarkable year for Roblox, the startup is not yet profitable. Roblox lost $203.2 million during the first nine months of this year, and it lost $86 million last year.

The gaming company emphasized that safety and security on the platform is one of its top priorities. The majority of Roblox’s users are under the age of 13, and it wants to make sure that as it grows, its systems for keeping young gamers safe can keep up. Though the company hopes to become profitable soon, it wants to make sure not to cut costs for safety and security.

Earlier this year, Roblox was valued at $4 billion. The company has not yet announced its IPO price or how many shares it will offer through its listing, but it will trade under the ticker RBLX.

"Owning gold is often referred to as an inflation hedge because it’s thought that the price of gold performs well during times of high inflation. Investors sometimes buy gold as insurance against inflation."