A Visual History of Cash, From Beads to Bitcoin

How did we get from counting wealth in beads and shells to buying a car with a thumbprint? The nature of money is constantly changing, and the way we earn, store, and spend it changes too.

One constant is that money exists to help us move value from point A to point B, without having to haul heavy trade goods around. That’s why the ancients came up with a money system as soon as they had enough valuable items to store and sell. “An entire warehouse of olive oil, beer, or wheat could be reduced in value to an easily transported ingot of gold or silver,” writes Jack Weatherford in The History Of Money.

A complete history of money around the world takes up several books (we’ve got the reading list below to prove it), but here are some highlights from millennia of monetary innovation to enjoy and share.

It took millennia for money to catch on everywhere

Although many classic civilizations had modern-looking monetary systems, it took a long time for the entire world to catch on. The idea that everybody in the world understands and uses money is actually a very recent development.

The first major money breakthrough happened when metal coins entered circulation around 600 B.C. Several cultures seem to have arrived on the idea at more or less the same time. The Lydians, who lived in what today is Turkey, are widely credited with the best early coins because theirs were regular in weight and appearance. 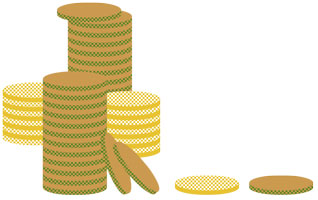 The Lydian contribution is so important because when everyone trusts that a coin will be of consistent weight and metallic purity, merchants don’t need to bust out a scale every time a customer tries to pay. That convenience makes money more useful. People today complain about how slow chip readers are compared to the old stripe swipe. But imagine if every time you handed over payment to a ‘cashier’ it had to be weighed and examined under a magnifying glass—and the process repeated to dole out your change. 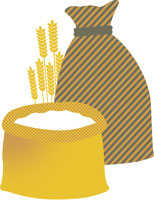 Some cultures stayed on the sidelines for a long, long while. Select areas of southwestern Europe hadn’t bothered with coins or paper money until the mid-18th century. “I have found instances as late as 1760 where highly localised economies in the Catalan area of the Pyrenees used money so little that the villagers took sacks of grain to market in order to pay for their purchases,” writes Pierre Vilar in A History of Gold and Money, 1450-1920. 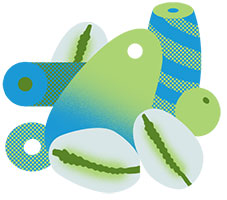 And cowrie shells (sometimes cowry) were still being used as money in some regions of the world at the start of the Space Race. “In East as in West Africa it took until the middle of the twentieth century before the cowries virtually disappeared from circulation,” writes Glyn Davies in A History of Money.

Related: 6 Steps Improving to Personal Cash Flow, So You Can Be Like Your Own CFO

Wildcat banking was confusing and amazing

The U.S. dollar is steady, predictable, and easily identifiable, but for about three decades in the mid-1800s, it was a glorious free-for-all.

During what’s called the wildcat banking era, just about anybody could legally establish a bank, and just about any bank could legally print and circulate money. If this sounds confusing, that’s because it was. Banks weren’t nearly as stable or reliable as they are today, and it was difficult to know for sure if currency issued by a bank in another city or state would be accepted at face value as people traveled around the country. “Americans occasionally felt the string of unscrupulous and unregulated bankers bilking them out of millions of dollars in deposits and worthless paper money,” Weatherford writes.

Over the long haul, however, the system actually worked pretty well. Guidebooks helped merchants decide what kind of markdown, if any, they should give to currency printed by a weak or unknown bank. If not for the Civil War radically reshaping the country, the experiment might have lasted longer. By the end of that war, U.S. Congress acted to explicitly shut down private minting of coin, and put such heavy taxes on bank-issued currency that it was no longer worth the bother. [A Legal History of Money in the United States, 1774-1970, James Willard Hurst, p 37]

Wildcat banking is gone, but you can take a walk back in time with the Federal Reserve Bank of San Francisco’s gallery of several nifty wildcat bank notes.

Why is U.S. currency so boring?

Despite the artistry involved in creating U.S. currency, foreign money is a lot more interesting to look at. Plus, foreign currency design has real, objective advantages over U.S. currency. 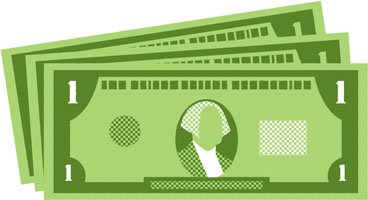 When paper notes each have a unique shape, as the euro and British pound for example, visually impaired people can more easily count them. U.S. coinage can be counted by feel, but when it comes to today’s paper money, the visually impaired are out of luck. But the U.S. is on course to finally offer tactile marks in the new $10 bill by 2020.

As the world’s most popular currency, U.S. money is also a heavy target for counterfeiters. That means a lot of effort goes into deflecting the bad guys rather than rewarding honest users with prettier pictures.

We live in a paradox where physical money matters less and less, but there’s more and more of it in circulation. Gallup reports that only 24% of people paid for most of their purchases with cash in 2016, compared to 36% in 2011. 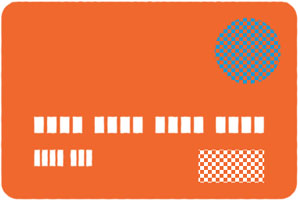 Yet, as of February 2017, over $1.5 trillion in U.S. paper currency and coinage is still around. Compare that to 1995 (the start of the e-commerce era), when barely $400 billion in cash was in circulation.

Cold, hard cash is taking a back seat to e-money because of how easy it has become to transfer it without touching paper or coin. Smartphone electronic deposits turn a paper check in your hand into bank account credits, without a bank trip. And peer-to-peer payment apps make it even easier that ever to cover the everyday business of splitting restaurant checks, chipping in for joint purchases, and just paying your buddy back for spotting you $20. 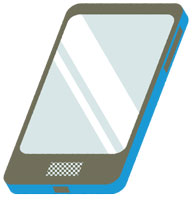 Peer-to-peer payment systems aren’t quite their own kind of currency, although some, such as PayPal and its subsidiary Venmo, encourage you to maintain a running balance in your account. That’s because it’s cheaper for them to push money from a PayPal account than from your bank checking or savings account. The main advantage to consumers is that transactions are sometimes completed more quickly.

The next wave of peer-to-peer payments is coming from social media network operators. It’s a brilliant pairing, because it’s tough to carry on a conversation with someone who owes you money without mentioning that fact. Tying payments directly to a chat window makes it easier to close out that unfinished business.

Read Next: Psychologists Explain How Money Matters Affect the Mind

The next wilds: cryptocurrency

The latest buzz in money is bitcoin, which is the most popular and prevalent type of cryptocurrency. Cryptocurrency systems are based on a lot of recent technology and mathematics, but they are run by an ever-changing global network of computers. These computers collaborate to maintain a blockchain, which is an anonymous public ledger with a permanent record of all transactions. The ledger is reinforced by a lot of cryptology, which ensures that uniquely identifiable units of bitcoin can’t be faked or spent in two places at the same time. 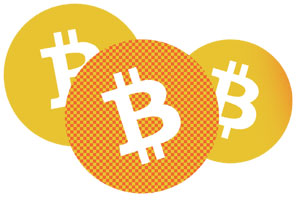 As of this writing, the total value of all bitcoin in the world is about $16 billion, which makes it much more successful than all its rivals combined. That’s not much compared to the estimated $80.9 trillion in total money worldwide, but it is impressive considering it’s not only money dreamed up, but also maintained not by the credibility of a nation but by a loose conglomeration of computers thinking very hard about it.

But before you renegotiate your salary in bitcoin, keep in mind that being paid in Bitcoin means accepting a lot of currency fluctuation risk. Over the past year, the exchange rate between 1 bitcoin and the U.S. dollar has whipsawed between $383 in February 2016 to $1,078 in January 2017.

– The Ascent of Money by Niall Ferguson

– The History of Money by Jack Weatherford

– A History of Money by Glyn Davies

Once you’ve got a few greenbacks, wildcat dollars, euros, or cowrie shells to rub together, take good care of them. Talk to SoFi about online stock trading and other smart investing options.