President Joe Biden made the case for his $1.8 trillion American Families Plan during his first address to the joint session of Congress.

The plan includes new spending on child care, education, and paid leave. Biden plans to raise taxes on wealthy Americans to pay for most of these initiatives.

The American Families Plan has the support of most Democrats, but Republicans have voiced concerns about the proposal. They object to raising taxes on the country’s top earners and argue the President has proposed too much federal spending.

Details of the Plan

The White House’s proposal includes $1 trillion in spending and $800 billion in tax cuts, which would be implemented over the next decade. The plan would provide universal preschool programs for 3- and 4-year-olds and two years of free community college for all Americans. The plan would also make childcare more affordable and increase federal funding for childcare providers.

Biden also wants to create a national paid-leave program which would eventually provide 12 weeks of leave for people needing to take care of children or other family members.

The American Families Plan would also make permanent tax cuts for low and middle-income Americans, including an expanded tax credit for child care and an earned-income tax credit for workers without children.

To pay for the plan, the White House has proposed increasing taxes on the top 1% of American income earners. The highest income tax rate would rise from 37% to 39.6%. Biden would also raise the top tax rate on capital gains and dividends from 20% to 39.6% for those making over $1 million. When including payroll and investment taxes, wages and capital gains could be taxed at as high as 43.4%. The plan also caps a capital gains break for real estate investors at $500,000.

The American Families plan is the latest of Biden’s proposals aimed at improving the lives of American people. Many are cheering the ideas, but others are concerned about too much federal spending. It is likely that the plan will undergo changes before it is passed.

Peek Into the Payoff Plan

Do you have high-interest debt—aka, debt with an interest rate greater than 7%? You’ve got company. More than half—or 54%—of people who answered our 2021 Money Moves Survey by SoFi said they did.*

We want to help everyone reach the paid in full club—and that starts with our signature Payoff Plan money move. See how you can use the SoFi Fireball Method as part of this move by exploring our new tool. 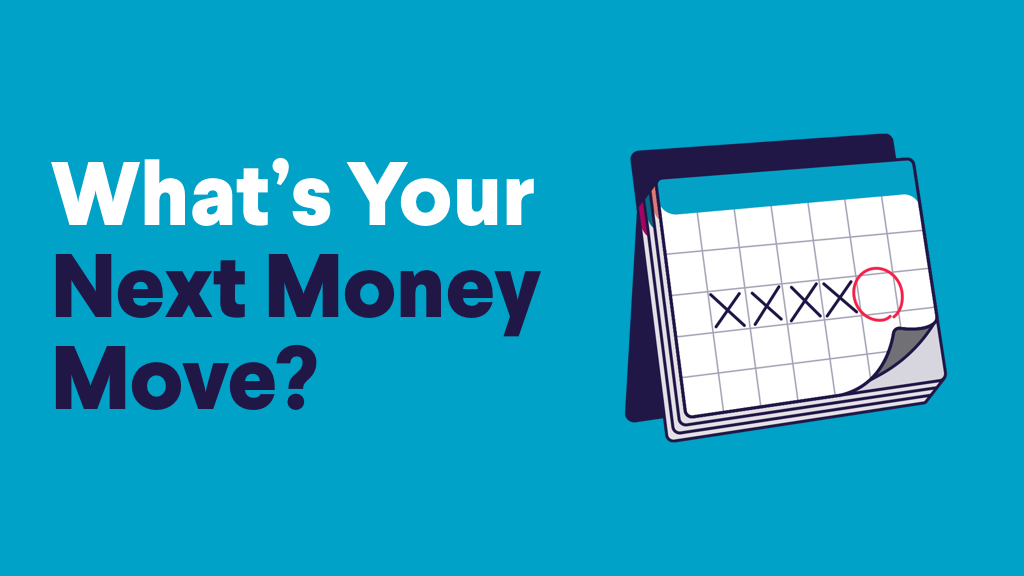 Liz Looks at: the Approaching Surge in Spending

Liz Young is SoFi’s Head of Investment Strategy, responsible for providing economic and market insights. Liz is passionate about educating others on markets and investing in order to help people feel empowered to take a more active role in their financial futures. This week, see what Liz has to say about post-pandemic spending.

A Surge in Spending

Last week, I outlined an optimistic view on the economic reopening and areas of the market I believe are poised to benefit from increased activity throughout spring, summer, and beyond. This week, let’s dig into how that activity is linked to spending power and what’s waiting to be deployed.

One of the key measurements to focus on is the personal savings rate, which is measured as the percent of disposable personal income US consumers are choosing to save. As of the end of February, US consumers were holding a whopping $2.4 trillion in personal savings, which equates to a 13.6% savings rate. That’s down from last year’s high of 33.7% near the start of the pandemic in April, but still well above the long-term average of 6.8%.

Why does this matter? It matters because as the labor market improves (a column for a later date), as more people are vaccinated, and most importantly, as consumer confidence rises (currently at its highest level since last March), the savings rate will naturally come down and spending will naturally go up.

To put it into dollar terms, if the savings rate falls to its long-term average of 6.8% (assuming no change in disposable income) that’s an additional $1.2 trillion of spending to be deployed back into the economy!

Of course, we can’t be certain about what people will buy, but I’m willing to bet a large part of spending will go to the things we miss—travel, entertainment, retail, dining, and anything we can do outside as the weather warms up. I know I’ve been crawling up the walls for the last 12 months and I’m ready to go do stuff. Buy stuff. Eat stuff at a restaurant. Feel human again.

And just so I don’t sound delusionally rosy or completely unhinged, I recognize there are risks—namely inflation risks—that could come as a result. Fear not, I’ll cover those coming up. But for now, let’s look forward to the next few months of spending.

Alphabet (GOOGL) blew past Wall Street estimates for the first quarter, reporting $55.31 billion in revenue and earnings of $26.29 per share. Analysts had expected the Google parent to have revenue of $51.7 billion and earnings of $15.82 per share.

Revenue during the quarter was up 34% year-over-year and ad revenue surged 32.3%. The year-over-year advertising revenue growth was Google’s best in four years. During the first quarter of 2020 the pandemic caused a significant decline in advertising sales. The internet giant also approved the repurchase of an additional $50 billion in shares which kicked off on April 23.

Apple (AAPL) also had a strong showing in the first three months of 2021, easily beating Wall Street’s earnings targets. The company’s overall sales were up 54% compared to last year and iPhone sales climbed 65.5%. Apple has been riding the success of its iPhone 12, which it rolled out amid the pandemic last fall. It is the first iPhone to offer 5G and has been a huge success for Apple. In its fiscal first quarter, its 21% revenue growth was driven by iPhone sales.

A number of the country’s large tech companies have seen growth during the pandemic. It will be interesting to watch how the tech giants keep the momentum going as consumer habits shift.

“If you’re looking to pay off your debt faster, it’s a good idea to take a look at your spending and income, find some ways to reduce your non essential spending, and then funnel any money you free up towards your debt repayment plan.”