New Rules for Specific Use Cases of AI

Yesterday, the European Union proposed a bill which would limit the use of facial recognition technology by law enforcement and ban some artificial intelligence systems. It marks the broadest effort by a government to regulate use cases for AI. The bill would contain a list of what the EU government is calling “high risk” uses of AI. These use cases would be subject to specific rules.

AI systems for infrastructure, loan applications, and college admissions would be monitored under the proposed law. Companies failing to comply with the new rules could face fines of up to 6% of their annual worldwide revenue depending on the violation.

The bill is part of the EU’s efforts to reign in the practices of global technology companies and prevent new technologies from harming consumers.

How the Rule Could Impact Tech Companies

It could take years for the proposed bill to become a law. It needs the approval of the European Council, which represents the 27 nations in the bloc, and the elected Parliament. If the bill passes, it will have big implications for technology companies developing AI systems, including Amazon (AMZN), Google (GOOGL), Facebook (FB) and Microsoft (MSFT). These companies have made significant investments in AI for industries including healthcare, finance, and insurance.

Despite some concerns, technology industry lobbyists were relieved the bill only targets high-risk AI systems. The EU said most AI systems, including those used for videogames and spam filters, will not be subject to the new rules.

If the law is passed, companies creating AI systems which land on the EU’s high-risk list would need to provide documentation to the government detailing how their system works. They would have to comply with the rules and demonstrate human oversight of the system design and uses. The EU could also send regulators to review algorithms if they are creating systems which identify faces or fingerprints or could put a person’s safety at risk.

As the bill makes the rounds through Parliament, tech companies and consumers around the world will be eager to see how negotiations unfold and what the rule could mean for the future of AI.

How Do You Know When It’s Time to Refinance Your Student Loan?

Essentially, refinancing is taking out a new loan to pay off your existing student loan. Depending on individual financial situations, applicants could qualify for a lower interest rate through refinancing—which could mean lower monthly payments and saving money in the long run.

Refinancing won’t be the right choice for everyone. Refinancing federal student loans eliminates them from the federal benefits and borrower protections—including the current CARES Act payment and interest relief. But for borrowers with private student loan debt, refinancing could lock in a lower interest rate and help save money over the life of the loan.

For a limited time, refinance a student loan and earn a $350 bonus. Plus, get an extra $100 when you set up direct deposit into SoFi Money. Check your rate before the offer ends 4/30/21. 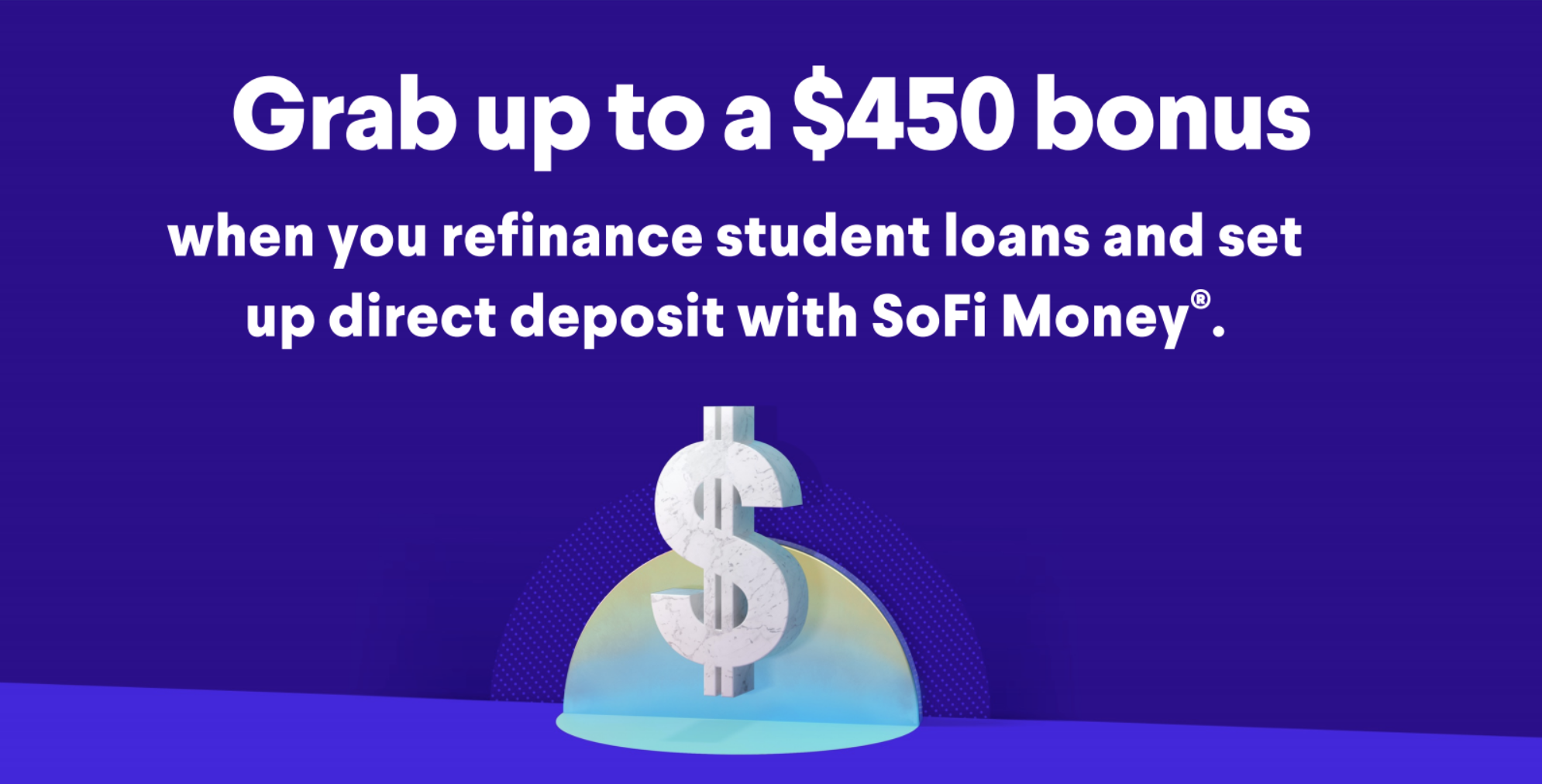 Liz Young is SoFi’s Head of Investment Strategy, responsible for providing economic and market insights. Liz is passionate about educating others on markets and investing in order to help people feel empowered to take a more active role in their financial futures. This week, see what Liz has to say about the economic recovery post COVID-19.

We are slowly, but surely, making welcome progress toward a reopened economy. Our lives as consumers may look different than they were pre-pandemic, but they will undoubtedly include more activity and mobility. Spring and summer will be a critical time for our economy and markets to make this transition, and I am optimistic that the ultimate outcome will be one of strong growth, healthy demand, and happier times.

Naturally, as we make this pivot, markets will have to reassess where the new opportunities are, both short term and long term. What’s going to win in the next phase? The typical answer you’ll hear is “cyclicals,” but what exactly does that mean? Cyclicals are sectors of the market that generally follow the path of the economy. They tend to do well when the economy expands and not so well when the economy contracts or goes into recession. Specifically, sectors such as financials, industrials, energy, materials, and consumer discretionary would fall into that camp. This is the opportunity set that’s immediately in front of us as we watch the economy come back to life.

But let’s not stop there. This recession was unique and this recovery will be unique. It accelerated digitization and made all of us even more reliant on technology. So although technology is not a traditional cyclical sector, I believe it’s a bigger risk not to be invested in tech for the long term. I also believe in innovation and the continued growth of digital consumer experiences. Your patience may be tried as the market transitions and as interest rates rise, which can cause some bumps in tech stocks, but the staying power and ever-increasing need for technology is not something I’d bet against. -Liz Young, Head of Investment Strategy at SoFi

Backed by billionaire investor Peter Thiel, ATAI Life Sciences is planning to raise $100 million from the IPO. Since its inception the company has raised a total of $362.2 million from private investors. Thiel is one of the startup's major backers.

ATAI was created to acquire and develop psychedelics to treat mental health conditions including depression, anxiety, and addiction. The firm takes a majority stake in the drugs and helps the scientists raise money, conduct clinical trials, and meet regulatory requirements. Regulators have yet to approve any of ATAI’s drugs.

Earlier this month, ATAI acquired a majority stake in Psyber, a US company which is developing a system to treat mental health conditions with computer interfaces. The technology is still in the early stages of development but could help patients understand how drugs interact with their brains, improving efficacy and safety.

ATAI plans to combine Psyber technology with its psychedelics in order to record brain activity and interpret emotions, behavior, and mental states in real-time. This will enable the company to tailor treatments to individual patients. ATAI has partnerships with 14 companies which are developing drugs or technologies to treat mental illness.

ATAI Life Sciences was founded in 2018 and has offices in Berlin, New York, and San Diego. Thiel led a $125 million investment round in the company in November and another $157 million fundraising round in March.

Thiel and ATAI Co-Founder Christian Angermayer have teamed up on several previous investments. Thiel is also an investor in Compass Pathways (CMPS), a mental health company with a roughly $1.3 billion valuation. It is not clear if Thiel plans to play a bigger role in ATAI beyond being a major investor. Either way, investors will be closely following ATAI’s journey to the public markets and analyzing the company’s impact on the mental health industry.

“While required payments on federal student loans are paused, borrowers are still able to make payments on their loans if they so choose. 100% of payments made during this time will be applied to the principal balance of the loan.”