We will be taking a break for Easter on Monday, but will be back in your inbox on Tuesday 4/6 with more business news and stock market happenings. For more breaking news and how it affects your finances, visit the SoFi app.

Demand for travel tumbled during the pandemic, causing billions of dollars in losses for the airline industry. However, with vaccinations rolling out and cities lifting restrictions, investors are betting the industry is poised for recovery. Airlines have already seen increases in summer bookings. Wall Street is betting that these encouraging trends could provide a nice tailwind for the newly public Frontier Airlines and Sun Country.

On Wednesday, Frontier sold 30 million shares priced at $19 each. This helped the Denver-based carrier raise $570 million. On its first trading day yesterday Frontier’s stock fell slightly to just below $19 per share.

Though there are hopefully clear skies ahead for Frontier and the rest of the airline industry, the past year has been a difficult one. In 2020 the airline lost $225 million, compared with a profit of $251 million in 2019. With that said, recently things are looking up for the budget carrier. Frontier generated cash in March and the company’s CEO, Barry Biffle says, "the vaccine is unlocking the demand that we’re seeing in the country."

Investors also showed interest in Sun Country Airlines' IPO which occurred earlier in March. The Midwestern airline raised $250 million, with its stock soaring more than 50% on its first day of trading. Sun Country was able to price its IPO at $24 per share, above the $21-$23 range.

Just like Frontier, Sun Country has been losing money during the pandemic. For 2020 it posted a loss of $3.9 million, compared to net income of $46 million in 2019. Sun Country plans to use proceeds from its IPO for growth, with CEO Jude Bricker recently saying, "we’re spring-loaded to add capacity into a recovery." While there is still fierce competition from other discount airlines like Spirit (SAVE) and Allegiant Travel (ALGT), Wall Street is enthusiastic about how pent-up travel demand could benefit airline stocks.

If You Know, You Know

The Instagram account that helps people get their money right—follow @sofi for daily news, financial tips, and inspiration. 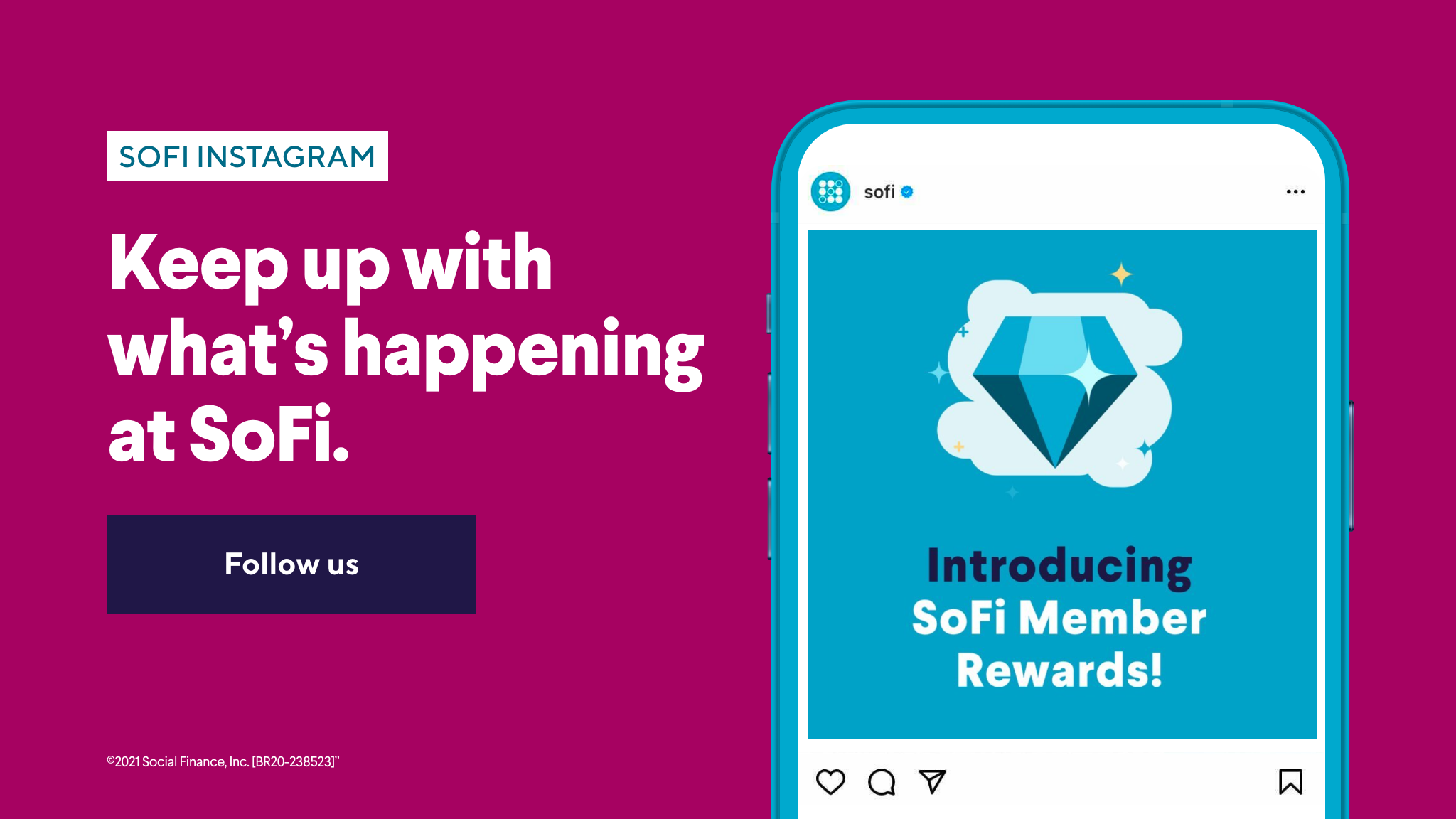 Causes and Effects of the Chip Shortage

The global semiconductor industry is facing widespread shortages. This is causing ripple effects across a variety of industries and impacting everything from car manufacturing to the price of smartphones.

The imbalance between supply and demand is the result of several factors which played out during the COVID-19 pandemic. Vehicle manufacturers were forced to shut down their plants early in the pandemic and chip makers shifted their supply chains away from the auto industry to meet the needs of consumer electronics companies. As car makers have tried to ramp up production, they have had to compete with consumer electronics companies for a limited amount of semiconductors. As a result, several major car companies including Toyota (TM) and General Motors (GM) have paused production of some vehicles.

Meanwhile, during the pandemic, consumers and businesses stocked up on electronics as remote work became a mainstay and pandemic boredom sunk in. US sanctions against Chinese technology firms and stockpiling by some companies that need semiconductors has also impacted semiconductor supply chains. The shortage has created an opportunity for some companies, however. A few manufacturers are now investing in production to capitalize on the demand.

Taiwan Semiconductor Manufacturing Co. (TSM), the world’s largest contract chip manufacturer, is planning to invest $100 billion over a three-year period to shore up production and meet demand for its products. TSMC is one of Apple’s (AAPL) main chip suppliers.

The company expects red-hot demand for chips to continue in the coming years driven by the 5G rollout and advanced computing capabilities. TSMC’s $100 billion investment is more than double its chip investments over the past three years. Currently TSMC has not been able to meet the demand during the past year even with its plants running at more than 100% utilization.

Micron Technology Inc. (MU) and Western Digital Corp. (WDC) are both considering deals to acquire Kioxia Holdings Corp., a Japanese semiconductor company which makes memory chips for smartphones and other electronics. Kioxia could be valued at about $30 billion if a deal is reached. Kioxia is currently owned by PE firm, Bain Capital.

Prior to the talks with Micron and Western Digital, Kioxia had been gearing up for an initial public offering which it canceled in September, citing the impact from the pandemic and volatility in the markets. Kioxia could still go public if it does not reach an agreement with one of the companies looking to acquire it.

It has been an unpredictable year for the semiconductor industry. A number of changes are likely coming for the sector as companies work to respond to surging demand.

Glovo, a delivery startup from Spain, raised $528 million in a Series F funding round, led by Lugard Road Capital and Luxor Capital Group. Existing investors Delivery Hero, Drake Enterprises, and GP Bullhound also participated in the round. Glovo is a delivery service in Europe with more than 10 million users across twenty markets. The $528 million investment is the largest funding round raised by a Spanish startup to date.

Glovo wants to become the leading delivery service in the twenty markets it serves by expanding what it calls its “q-commerce” service. This is a type of service available to customers in urban settings whereby deliveries occur in 30 minutes or less. Proceeds from the round of funding will be used to expand that service, hire as many as 200 more engineers, and enhance the company’s technology.

Pipe, a Miami-based fintech company, raised $150 million in funding, giving it a valuation of $2 billion. The growth round was led by Greenspring Associates and includes new and existing investors. The round is still ongoing due to investor interest in the startup and comes a few weeks after Pipe raised $50 million. Investors in the earlier round included Raptor Group, Shopify (SHOP), Slack (WORK), and MSD Capital among others.

Since its inception Pipe has tried to give SaaS companies another funding option outside of venture capital or venture debt. Part of Pipe's mission is to match SaaS companies with investors through a marketplace. Investors can pay a discounted rate for annual SaaS contracts which allows the SaaS companies to receive some revenue up front.

Pipe has not commented on the $150 million investment but proceeds from its earlier $50 million raise are going to expand its platform to businesses with recurring revenue.

Tonal Systems, the San Francisco-based at-home fitness startup, raised $250 million in venture funding, giving it a valuation of $1.6 billion. Dragoneer, Cobalt Capital, L Catterton, and Sapphire Ventures led the Serie E round. Since its inception in 2015, Tonal has raised $450 million.

Tonal makes a workout station which mounts to a wall. Some of its rivals include Peloton (PTON), Hydrow, and Mirror which was bought by Lululemon (LULU). Proceeds from the round of funding will be used to expand its marketing, open more physical storefronts, and ramp up manufacturing to meet red-hot demand. The company also said the funding brings it closer to an initial public offering.

“While saving an emergency fund is one of many competing financial priorities, having a cushion to catch you when you fall can prevent a minor calamity from spiraling into lasting debt. The toughest part may be getting started and staying motivated. Just remember, you walk 10 miles by walking 10 feet at a time.”