A Rocky Quarter for Tech Stocks

The first quarter of 2021 is now officially in the rearview mirror. Q1 was a three-month stint during which the United States swore in a new president and retail trading made its way into the national spotlight. It was also a period defined by rising treasury yields which sparked concerns about inflation. Rising rates then weighed on high-profile technology stocks.

After leading markets higher in 2020, major technology names came under pressure during the first three months of this year. Just this week, for example, tech shares faced a sell-off after 10-year US Treasury yields hit a 14-month high, prompting investors to rotate into cyclical stocks. While tech stocks recovered from the sell-off earlier this week, the Nasdaq came close to posting its first down month since November.

At the heart of the issue is how investors value and compare certain assets. Historically low rates have made bonds unappealing over the past few years, and traders have instead allocated capital to tech names with high growth prospects. But with rates rising, bonds are now starting to look more attractive. Some capital is exiting tech and entering debt as a result.

The first quarter of 2021 will also be remembered as a time of intense retail trading activity, especially as it relates to investors who were inspired by online chat forums. Individual investors took to Reddit and other message boards to discuss trades and trends in the stock market.

In January a large number of these traders piled into stocks including GameStop (GME) and AMC Entertainment (AMC), causing the share prices of these companies to surge. This resulted in significant losses for a handful of institutional investors who had shorted these stocks. The coordinated effort took Wall Street by surprise and highlighted the power of the internet.

The COVID-19 vaccine rollout was another important aspect of this last quarter. Over 53 million Americans have already been fully vaccinated and supply chains are in place to deliver millions of shots in the coming weeks.

As vaccines become more widely available and local governments ease restrictions on businesses, investors have high hopes for an economic recovery. The Federal Reserve has also said it plans to keep interest rates near zero, and the Federal government is in the process of deploying trillions of dollars to jumpstart the economy. As a result, investors are moving their money into cyclical stocks which have taken a hit during the pandemic. The year’s first quarter was full of surprises. The economy appears to be on track for reopening and stronger growth during the upcoming quarter, though there may be unexpected twists and turns along the way.

Home additions can boost the value of a home while enhancing aesthetics and functionality. In fact, home additions and renovations can be among the most effective ways to increase your home’s value, and you can tailor the construction to your particular stage in life in a way that is customized to your needs and wants. Use this home improvement ROI calculator to see how much value a home improvement project can add to your home. 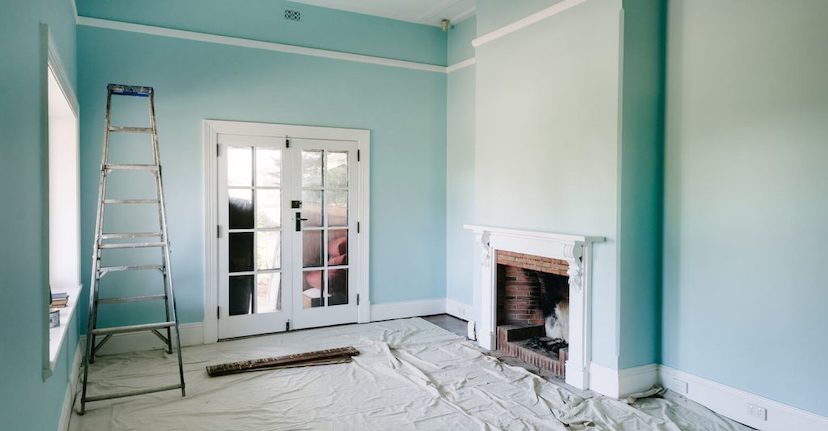 Yesterday the Biden administration introduced a $2 trillion infrastructure package. The spending plan, which will rebuild roads and tunnels, improve schools, and upgrade the electric grid, is the President’s second major initiative since taking office in January.

The first part of this two-pronged economic plan does not include raising taxes on top earners’ individual income, estates, or capital gains.

How the $2 Trillion Will Be Spent

The White House's infrastructure plan covers several areas that proponents argue have been neglected over the years. Of the $2 trillion, $621 billion is earmarked to improve bridges, tunnels, roads, airports, and public transit, as well as fund the development of electric cars, trucks, and buses.

The White House plans to spend $400 billion to care for America's older adults and people with disabilities, as well as $300 billion to improve drinking water, increase broadband access, and upgrade electric grids.

The remaining $880 billion will be used to build and improve affordable housing and schools. Funds will also be invested in US-based manufacturing, research and development, and job training.

Biden and his administration expect that infrastructure spending will help revitalize the US economy after it has been battered by the COVID-19 pandemic.

The administration also hopes the plan will help the country make a shift toward green energy sources. The White House expects it will have the support of some Republicans in Congress as it works to pass the bill. With that said, there will likely be heated discussions among lawmakers before an agreement is reached. Yesterday’s announcement was just the first of a two-part economic plan that the President hopes to move through Congress. In April, Biden is expected to introduce a second plan focused on childcare, healthcare, and education.

Apple (AAPL) led a $50 million investment in UnitedMasters, the independent artist services startup. The company, which launched in 2017, helps artists distribute and market their songs without having to give up copyrights. This model is a departure from industry norms: music labels usually require artists to hand over their rights to songs in exchange for distribution and marketing services.

Apple runs the world’s second-largest music streaming service. By investing in UnitedMasters, the company is showcasing its commitment to fostering a creator-friendly industry. Apple’s decisions may attract more independent artists to its platform and could change some conventions across the industry.

UnitedMasters gives artists an option besides working with a major music label. The service charges artists either a $5 per month subscription fee or a 10% cut of their profits. Either way the artist keeps the copyrights to their music.

The startup has already released songs for over 1 million artists including TikTok superstar Curtis Roach whose hit, “Bored in the House” went viral early in the pandemic. As part of the investment, Apple inked a partnership with UnitedMasters through which it will provide a variety of new opportunities for UnitedMasters artists.

Creators are a vital part of Apple’s music streaming business. “We’ve always been about trying to help artists, and the best way to empower them is to make it easy for them to create and get their music out there,” Eddy Cue, Apple’s Head of Services, said about the investment.

The number of artists distributing music without a label grew by 34.1% in 2020, hitting the billion-dollar mark in sales for the first time. Independent artists are commanding a growing share of listeners’ attention, and large streaming services are taking note of this change.

“If you’re trying to set a budget for your home addition, you can start by first obtaining bids from three professionals, then adding in 15-20% to the overall project price given by the contractor to cover unforeseen costs.”