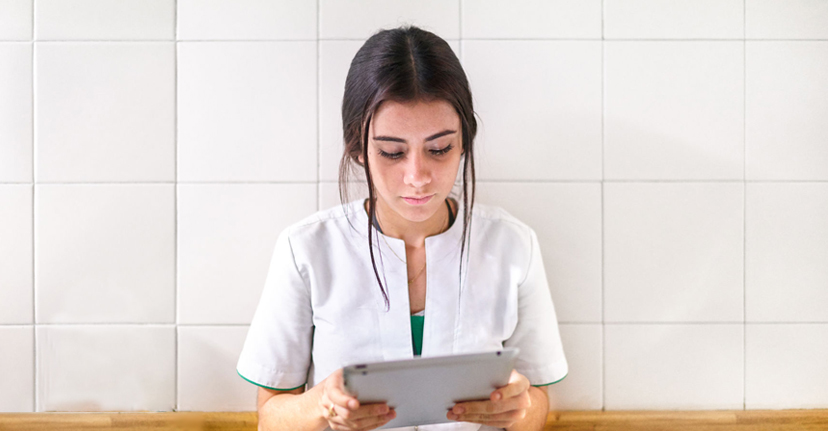 As a kid, there’s a strong chance you dreamed about becoming a doctor. In fact, according to Fatherly’s Imagination Report , becoming a doctor is the number one dream of young girls nationwide. It’s also the number one dream career for children living in the West and the mid-Atlantic, and second in the Great Lakes, Midwest, Southeast, and Southwest, according to Fatherly.

Upon graduation, these medical school students turned doctors can expect an average salary of $294,000 a year, and more if they follow through with a specialty such as becoming an orthopedic surgeon, a job which commands an average salary of $489,000 . Or if they choose to live and practice in a state that pays medical professionals particularly well, like North Dakota, they can expect to make an average of $361,000.

But what about the cost of getting there? The number of graduates who have medical student debt may seriously surprise you. Here are five medical school debt statistics to think about before going into medical school, and one crucial piece of advice that may help you pay off your dream career faster.

How Many Grads Have Med Student Debt?

And for both in-state and out-of-state students, tuition and fees at a private medical school averaged around $58,000 a year. This does not include the cost of living, books, or outside school activities.

Moreover, for 2018, the Association of American Medical Colleges estimated that 76% of new medical school graduates had some education-related debt. According to the AAMC, the average medical graduate owed $192,000 in 2018.

Here’s How Long it Typically Takes to Repay That Debt

Despite earning relatively large salaries upon graduating from medical school, it can take quite some time to pay all that student loan money back. According to CreditDonkey, the standard monthly payment for med school grads on a 10-year repayment plan is around $2,098. Those making payments on income-based repayment plans may pay less each month, but could be paying off their loans for up to 25 years .

The Schools with the Highest Student Debt

According to US News and World Report‘s “Best Grad Schools” rankings, those who attend Nova Southeastern University in Fort Lauderdale, Florida will leave school with the highest amount of medical school debt in the country.

In 2015, members of the school’s graduating class left with a debt average of $274,947. Following closely behind with $274,917 in average medical school debt was Pacific Northwest University of Health Sciences in Yakima, Washington. And rounding out the top three is Michigan State University in Grand Rapids, Michigan, where the average medical student carries $270,397 of debt.

For the best return on your medical school investment, set your sights on Stanford University in Palo Alto, California. At Stanford, the average medical school student graduated with $96,327 of debt.

How Refinancing Your Student Loans Can Help

If you’re unhappy with your current student loans’ interest rates, there may be a way out. Considerstudent loan refinancing, which could help you qualify for a lower interest rate.

And specifically for medical students, SoFi offers a Medical Resident Refinance option that could help you refinance your federal and private student loans and reduce your payment to just $100/month during your residency.

Upon completion of your residency, the loan will re-amortize, and your payment will increase according to a fully amortized loan schedule. This way, qualifying borrowers don’t have to defer payments while in residency, which can really add up in terms of interest costs.

Refinancing may not be the right choice for everyone. Refinancing student loans is typically better suited for those whose financial position has improved since graduating college, or likely in your case, med school. However, those wishing to take advantage of federal debt relief or student loan forgiveness programs may not want to refinance with a private lender, because refinanced loans are no longer eligible for federal loan benefits.

Thinking about refinancing your student loans? SoFi student loan refinancing could help you get out of debt sooner than you’d originally planned.
Find My Rate
Notice: SoFi refinance loans are private loans and do not have the same repayment options that the federal loan program offers such as Income Based Repayment or Income Contingent Repayment or PAYE. SoFi always recommends that you consult a qualified financial advisor to discuss what is best for your unique situation.
The information and analysis provided through hyperlinks to third party websites, while believed to be accurate, cannot be guaranteed by SoFi. Links are provided for informational purposes and should not be viewed as an endorsement.
SLR18187