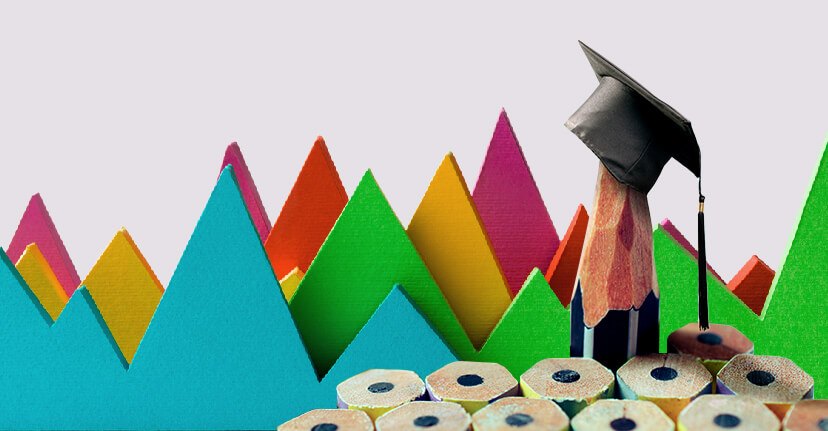 What Might Erasing Student Debt Mean for the Economy?

Everyone knows someone with student loans. In fact, student loans have become as emblematic of the millennial generation as avocado toast and Instagram selfies.

With national student debt levels over $1.6 trillion , millions of borrowers are feeling the squeeze from their student debt payments. Many even report that student loans have caused them to put their lives, financial and otherwise, on hold.

This may hurt the U.S. economy in a host of ways, with student loans stifling everything from small business
formation to home buying to reproduction .

It’s no wonder that discussions regarding the student debt crisis have made their way into mainstream political discourse—and the living rooms of everyday Americans.

The most radical policies—namely, those proposed by Democratic nominee hopefuls Bernie Sanders and Elizabeth Warren—promise to eliminate all or most student loan debt. Both candidates have stated their positions on the morality of student debt and that they feel student loans perpetuate the racial wealth gap.

Both candidates also claim, along with proponents of widespread student loan forgiveness, that a plan to forgive student loan debt would stimulate the economy. It raises an interesting question: What might happen if all student debt was forgiven?

Student Loans Are a Drag

Although student debt is not relegated to those in the millennial generation—stories of borrowers in their 60s having their Social Security checks garnished to pay for outstanding loans are not uncommon—student debt amounts in the United States doubled in just the past 10 years, disproportionately affecting younger borrowers.

While the exact combination of causes are debated, there are common threads. Post-recession, many states pulled back on their funding for higher education, and tuition grew at a much faster rate than inflation. People were out of work and returned to school for either lack of a better option or because they wanted to make themselves more marketable. Entry-level positions increasingly required a degree, and college was viewed as a necessity for success.

The average graduate with student loans is now leaving school with nearly $30,000 in student loan debt along with their undergraduate degree.

You don’t have to be an economist to know what happens next. Higher average student loan balances, along with stagnated growth of real wages, led to a larger portion of household spending allocated toward debt payments and away from consumption and investment.

This is an albatross around the neck of any economic system that relies on steady increases in consumer spending over time.

There’s hardly a disagreement about whether student loans are a drag on the economic activity of American households and the economy writ large. The question centers around what politicians could or should do about it—if anything at all.

If student debt indeed has a dampening effect on household spending, it seems reasonable that liberation from this debt might stimulate the economy. Would such a stimulus be enough to offset the cost of such a program?

One of the most extensive studies done on the matter, conducted at the Levy Economics Institute at Bard College, believes that yes, it would.

Published in February 2018, the authors concluded that canceling all outstanding student debt at the time—about $1.4 trillion—would boost gross domestic product (GDP) by over $1 trillion dollars over the course of the following decade.

As for jobs, the study found that eliminating student debt “reduces the average unemployment rate by 0.22 to 0.36 percentage points” over the same 10-year period. Peak job creation would happen in the first few years after cancellation, where between 1.2 million and 1.5 million new jobs are projected to be added each year.

While the study focused on GDP and job growth, the authors note that there could likely be a positive spillover effect not accounted for in their simulations. They predict increases to “small business formation, degree attainment, and household formation, as well as improved access to credit and reduced household vulnerability to business cycle downturns.”

But how much would such reform cost? Though the federal budget deficit does increase, the study finds that it could be somewhat modest, with the deficit ratio increasing between 0.29 and 0.37 percentage points.

Further, their models show that state-level budget positions might actually improve as a result of the stronger overall economy (which means more tax dollars for them, whether through sales, income, or property tax.)

The authors of the study also encountered an interesting realization. Many of the student loans in question were made by the U.S. Department of Education, which were already funded at the time they were created.

Regardless of what the study shows, candidates will likely need to have an answer for how they’ll offset the costs and potential budget deficit. Both Sanders and Warren currently propose taxing the ultra-wealthy and Wall Street to make up the difference.

Even with evidence that a plan to forgive student loan debt to stimulate the economy could yield positive results, critics are not sold on the idea.

For one, such a policy may benefit a subset of people that are already well-off by comparison. “If we’re going to spend several hundred billion dollars giving transfers from taxpayers to other Americans, are well-educated and relatively affluent Americans the ones that we should be spending the money on?” said Adam Looney , the Joseph A. Pechman senior fellow at the Brookings Institution.

Unless there is a major shift in ideology, student debt erasure would likely require Democrats to control the presidency and both legislative branches. This alone is a significant hurdle for proponents of a sweeping student loan forgiveness program.

Taking Control of Your Student Loans

Given the small likelihood that a magic wand will do away with student loans, it’s likely best to assume that the borrower is solely responsible for repayment.

If you are struggling to make payments, there are options at your disposal for managing your student loans. With federal student loans, you may want to explore the options of income-driven repayment, deferment, and other benefits like the Public Service Loan Forgiveness (PSLF) program.

Another option is to explore student loan refinancing, which typically can be done for both federal and private loans. Refinancing is the process of paying off your existing loan (or multiple loans) with a new loan from a private lender, like SoFi. Ideally, this new loan would have a lower interest rate or other terms that make the loan more manageable to you.

With a lower interest rate, you’ll pay less on your student loans overall—so long as the term of the loan remains the same or shorter. You could even allocate those savings back into your student loans, expediting the loan payoff process.

Just keep in mind that refinancing student loans with a private lender means you will lose the federal benefits described above, such as deferment and income-driven repayment.

Paying back student loans certainly isn’t easy, and for many borrowers, political help would be welcome. It remains to be seen whether that will happen, so in the meantime, it may be best to seek alternatives to making your student loan payoff journey as affordable as possible.

Want a lower rate on your student loans? See if SoFi can help. Check your rates in two minutes, no commitment necessary.
Find My Rate

SoFi Student Loan Refinance
IF YOU ARE LOOKING TO REFINANCE FEDERAL STUDENT LOANS, PLEASE BE AWARE OF RECENT LEGISLATIVE CHANGES THAT HAVE SUSPENDED ALL FEDERAL STUDENT LOAN PAYMENTS AND WAIVED INTEREST CHARGES ON FEDERALLY HELD LOANS UNTIL SEPTEMBER 1, 2022 DUE TO COVID-19. PLEASE CAREFULLY CONSIDER THESE CHANGES BEFORE REFINANCING FEDERALLY HELD LOANS WITH SOFI, SINCE IN DOING SO YOU WILL NO LONGER QUALIFY FOR THE FEDERAL LOAN PAYMENT SUSPENSION, INTEREST WAIVER, OR ANY OTHER CURRENT OR FUTURE BENEFITS APPLICABLE TO FEDERAL LOANS. CLICK HERE FOR MORE INFORMATION.
Notice: SoFi refinance loans are private loans and do not have the same repayment options that the federal loan program offers such as Income-Driven Repayment plans, including Income-Contingent Repayment or PAYE. SoFi always recommends that you consult a qualified financial advisor to discuss what is best for your unique situation.
External Websites: The information and analysis provided through hyperlinks to third-party websites, while believed to be accurate, cannot be guaranteed by SoFi. Links are provided for informational purposes and should not be viewed as an endorsement.
Third-Party Brand Mentions: No brands or products mentioned are affiliated with SoFi, nor do they endorse or sponsor this article. Third-party trademarks referenced herein are property of their respective owners.
SoFi Loan Products
SoFi loans are originated by SoFi Bank, N.A., NMLS #696891 (Member FDIC), and by SoFi Lending Corp. NMLS #1121636 , a lender licensed by the Department of Financial Protection and Innovation under the California Financing Law (License # 6054612) and by other states. For additional product-specific legal and licensing information, see SoFi.com/legal.
SOSL19109