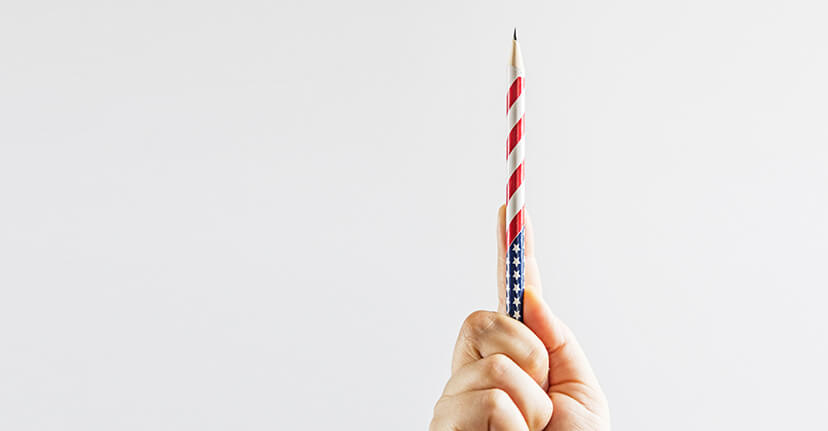 The Bloomberg Student Loan Plan: What’s in the Details


By SoFi  |   Mar 03, 2020   |   Lifestyle, Money  |   Comments Off on The Bloomberg Student Loan Plan: What’s in the Details
In our efforts to bring you the latest updates on things that might impact your financial life, we may occasionally enter the political fray, covering candidates, bills, laws and more. Please note: SoFi does not endorse or take official positions on any candidates and the bills they may be sponsoring or proposing. We may occasionally support legislation that we believe would be beneficial to our members, and will make sure to call it out when we do. Our reporting otherwise is for informational purposes only, and shouldn’t be construed as an endorsement.

While the historically large field of 2020 Democratic candidates continues to narrow, one recent addition to the race is only just now releasing some of his key plans and ideas.

On February 18, former New York City mayor and current presidential candidate Michael Bloomberg released the student loan proposal he would potentially enact as president. The Bloomberg student loan plan is similar to that of other Democrats still in the race.

These plans, including Bloomberg’s, generally focus on low- and middle-income families when it comes to student loan aid. More progressive candidates like Elizabeth Warren and Bernie Sanders want to outright cancel most, if not all, current student loan debt.

Let’s dive into the details.

What is Bloomberg’s student loan plan?

The Bloomberg higher education policy also outlines making four-year, public colleges tuition-free for the lowest-income students. This would mainly affect families earning less than $30,000 annually . Bloomberg also wants to help reduce the cost of college by expanding the current Pell Grant system, doubling the maximum grant to $12,690 . The intent of increasing the Pell Grant limit is to help students cover the “real” cost of college, according to the campaign , including books, child care, meals, and transportation.

Besides cost reductions, Bloomberg also wants to reform the current Income-Driven Repayment plans for federal student loans. His proposed policy would be to enroll all undergraduate federal student-loan borrowers automatically in an income-driven repayment program, rather than the Standard Repayment Plan.

The Bloomberg campaign also proposes capping monthly repayment at 5% of a borrower’s discretionary income, reducing it from the current 10% (or 15% if your loan started before 2014).

Then, after 20 years of repayment (most current income-driven repayment plans ask for 25 years of payments), borrowers can receive forgiveness on any remaining loan balances, up to $57,500—the current maximum undergraduate amount students can borrow—tax free.

Currently, while there is no limit on the amount of forgiveness under these income-driven repayment plans, the final forgiven amount may be taxed as income.

Bloomberg’s policy also specifically mentions expanding debt relief under the Public Service Loan Forgiveness (PSLF) program, beyond the current small pool of qualified borrowers. While his plan does not embrace student loan forgiveness for all borrowers, it does mention cancelling loans for students who attended “failed or predatory for-profit colleges.”

Overall, Bloomberg’s set of higher education proposals will cost approximately $700 billion over the next 10 years, to be funded by his plans to raise taxes on the wealthy. Bloomberg’s campaign has stated they plan to add a 5% surtax on income (including wages and capital gains) exceeding $5 million annually.

How does Bloomberg compare to other candidates?

The Bloomberg student loan plan tests the waters for debt-free college by starting out with free community college and greater grant and aid availability. His plan appears to be more focused on helping low- and middle-income families. Other Democrats still running for president also align with Bloomberg when it comes to higher education.

Former Vice President Joe Biden’s plan for education focuses on improving the current student loan repayment plans. Under a Biden presidency, borrowers would be auto-enrolled in an income-based repayment plan for federal student loans (with opt-out permitted). Anyone making under $25,000 a year would not owe payments or interest on undergraduate federal student loans, while those making over $25,000 would pay 5% of their income over that amount toward federal payments.

The Public Service Loan Forgiveness plan would also be improved according to Biden, with a new policy that would offer $10,000 of undergraduate or graduate student loan forgiveness for each year of national or community service. This could be utilized for up to five years. Similar to Bloomberg’s plan, Biden supports two years of tuition-free community college.

Then there are the more progressive Democratic candidates like Elizabeth Warren and Bernie Sanders. Both Senators Sanders and Warren have proposed eliminating tuition at public colleges for all students. They also both have plans to provide student loan forgiveness to a larger number of students. Sanders wants to forgive all $1.6 trillion in outstanding student debt, federal and private loans included, for all student borrowers with no eligibility requirements.

Warren wants to cancel student loan debt (both federal and private) for more than 95% of borrowers , forgiving up to $50,000 in student loan debt for those with household incomes under $100,000. Bloomberg’s plans to tackle student loan debt do not involve cancelling current debt. They mainly focus on a lower cap on income-based repayment, and making community college debt-free for low-income students in the future.

Just this month, President Trump called for an end to the PSLF program. His proposed annual budget, if passed by Congress, would eliminate the Public Service Loan Forgiveness program; though, with a House of Representatives controlled by Democrats, CNN reports that it’s unlikely to pass.

According to the Department of Education , only about 1% of the 110,000 people who applied for loan forgiveness under the PSLF program successfully managed to receive it, which is part of why President Trump and candidates like Bloomberg want to eliminate or overhaul the PSLF system, respectively.

What can borrowers do until the election?

With months until the 2020 election, it’s good for borrowers to understand what they can be doing now to help with their student debt.

While many candidates are campaigning on ideas of student debt reform, borrowers should not delay payments or hold off to see who is elected. It could certainly take some time for any new student loan-related law or forgiveness plan to pass Congress and be enacted—if there are any changes made at all.

In the interim, there are a variety of repayment plans to help provide some federal student debt relief, including the current income-driven repayment plans. Even without a higher-education overhaul from Bloomberg or another candidate, student loan refinancing is another option which could help when it comes to student debt.

Refinancing gives borrowers the ability to pay off an existing loan, or loans, with a single new loan. Though it is important to note that when you refinance a federal student loan, you forfeit any of the benefits that come along with it—like income-driven repayment plans, loan forgiveness, and deferment options.

External Websites: The information and analysis provided through hyperlinks to third-party websites, while believed to be accurate, cannot be guaranteed by SoFi. Links are provided for informational purposes and should not be viewed as an endorsement.
SoFi Loan Products
SoFi loans are originated by SoFi Bank, N.A., NMLS #696891 (Member FDIC). For additional product-specific legal and licensing information, see SoFi.com/legal. Equal Housing Lender.