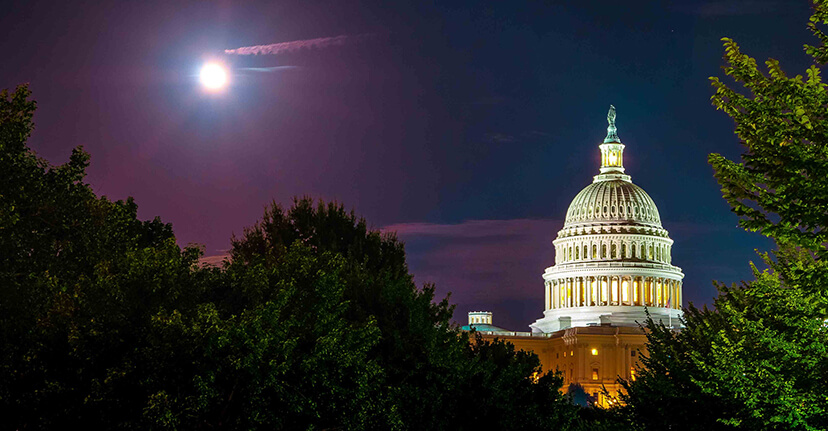 What Biden’s New Undersecretary of Education Means for Student Loans

Editors Note: Since the writing of this article, the federal Student Loan Debt Relief program has been blocked and the Department of Justice has filed an appeal with the Supreme Court. While the case is being reviewed, the Biden administration is extending the federal student loan payment pause into 2023. The US Department of Education announced loan repayments may resume as late as 60 days after June 30, 2023.


College student loan reform was a huge platform for Joe Biden’s campaign. But once Biden became president, the question became: How will the new administration tackle student loan debt?

Although there has always been a loud contingent hoping for student loan cancellation, Biden and his administration have publicly supported proposals forgiving $10,000 of student loan debt.

When James Kvaal was nominated as undersecretary of education, people began parsing his record and answers during his Senate confirmation hearing for clues as to what position he would take on student loan forgiveness.

What Is Kvaal’s Stance on Student Loan Forgiveness?

Kvaal is the former president of the Institute for College Access & Success, a think tank promoting “affordability, accountability, and equity” in higher education.

He is no stranger to the government, having filled several roles in the Obama administration, where he worked to expand income-based repayment, strengthen Pell Grants, and increase state and federal investments in higher education. He also played a key role in the administration’s regulatory battle with for-profit colleges.

At the Institute for College Access, Kvaal supported student loan forgiveness. In October 2020, the think tank recommended that Congress “explore tax-free cancellation of some or all outstanding debt of borrowers whose loans have clearly not paid off and are not on a trajectory to do so.”

In confirmation hearings, he emphasized three components: Address debt that students can’t afford to repay; make college more affordable for current and future students, which “means investing in eliminating tuition at public colleges and universities” and “doubling Pell Grants”; and focus on institutions that serve the highest number of low-income students and students of color.

Sen. Richard Burr of North Carolina noted that currently, states aren’t required to subsidize education fees at public universities. If tuition were to be eliminated or severely reduced at public universities, who would subsidize the bill? Kvaal said a “new partnership” between the federal government and the states was needed to make sure resources were allocated fairly to public institutions.

What Can Student Loan Holders Expect?

The moratorium gives the administration some breathing room on next steps. Biden has asked the Department of Education to study whether he alone can cancel student loan debt, but it is likely he will attempt to pass any expansive higher education policy through Congress.

And while outright forgiveness has become a topic of frequent discussion, loan payments may shift during the Biden administration. For example, some key plans Biden outlined during his campaign included:

•  Eliminating student loans entirely for people making under $25,000 a year.

•  Permitting student loan debt to be discharged during bankruptcy.

•  Overhauling Pay as You Earn (PAYE) and Revised Pay as You Earn (REPAYE) programs to lower the percentage of discretionary income paid back. These programs would also not tax any forgiven amount of the loan.

Some members of Congress, including Sens. Elizabeth Warren and Chuck Schumer, have asked for up to $50,000 of federal student loan debt to be canceled. Biden has asked Education Secretary Miguel Cardona if he has the power to unilaterally cancel that much debt.

What Are Next Steps for Student Loan Holders?

With federal student loan payments paused, this could be a good time for borrowers to assess next steps. Borrowers who can afford to do so may continue to make payments to lower the principal on their loan balance.

It can also be a good time to explore refinancing, especially if you have private loans. The current low-interest rate environment maintained by the Fed means some private lenders have lowered their rates. Exploring the pros and cons of refinancing, including fees and penalties, may make sense to borrowers.

It’s important to remember that refinancing federal loans means forfeiting eligibility for federal protections, which would include forgiveness if loan forgiveness were offered exclusively to federal student loan holders.

But for some borrowers, assessing their financial situation now and considering options, including refinancing some or all of their loans, could help them build a plan for paying back loans based on the information available now.

What is clear is that change is on the horizon—but it’s unclear how long this change may take. Paying attention to headlines and government action in the next few months should hopefully give more clarity. The expiration of the federal loan payment pause, set for Jan. 31, 2022, may also lead to urgent federal action in the months ahead.

What Can Future College Students Expect?

Kvaal’s impact may be felt more acutely by current high school and middle school students. While student loan forgiveness has received outsize attention, the Biden administration has ambitious plans to rework higher education, making it more affordable for students. Some of these plans that aren’t yet finalized include:

•  Programs for low-income and minority students

Again, these initiatives would likely require bipartisan support in Congress and may take time to implement.

President Biden’s choice of higher education policy veteran James Kvaal may be forecasting change, but it is hard to determine how sweeping it may be. Reforms may take time and may be incremental.

Borrowers can use what is known right now to create an action plan for student loan repayment.

Those who have private student loans or anyone who could benefit from a lower rate can look into refinancing student loans with SoFi.