Cost of Living in Oklahoma 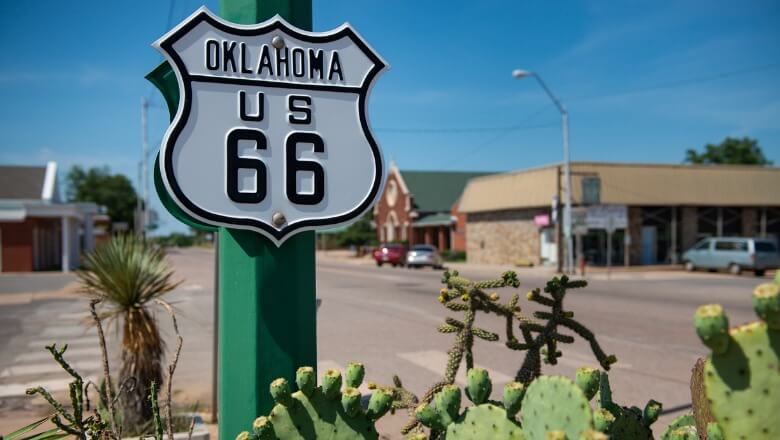 In Oklahoma, is it true that the wind often comes sweepin’ down the plains? Surely. Another thing that’s true: Oklahoma is one of the most affordable states in the country.

The state has gorgeous landscapes, between the sprawling prairies of the Wichita Mountains Wildlife Refuge to the flowing creeks of the Chickasaw National Recreation Area. There are plenty of state parks and wildlife refuges to explore.

Just under 4 million “Okies” call Oklahoma home; it also happens to be home to the second-highest proportion of Native Americans in the country, and nearly half of the state is considered an Indian reservation.

If you’re considering moving to the Sooner State, you’ll want to know the cost of living in Oklahoma.

What’s the Average Cost of Living in Oklahoma?

Oklahoma has the third-lowest cost of living in the United States, behind only Kansas and Mississippi, according to MERIC’s 2021 Cost of Living Index for the third quarter of 2021.

The Bureau of Economic Analysis’ latest Personal Consumption Expenditures data shows that the average cost of living in Oklahoma is $34,533 per year, which also happens to be the lowest average total expenditure for the entire Southwest region, encompassing Texas, New Mexico, and Arizona.

Here is how the annual costs break down for the average Oklahoman.

That annual cost of living translates to average monthly expenses of $2,878 per person.

In late 2021, Zillow gave a typical home value in Oklahoma of nearly $160,000. That’s less than half the national median sale price of $352,800 the National Association of Realtors® reported.

Homes in Oklahoma are cheaper than in the rest of the country, but they also lag in terms of price appreciation. Like much of the country, Oklahoma’s average home values increased substantially in 2021. The state’s values rose by 14.2%, but that fell under the national average growth rate of 19.2%.

Below are the median mortgage and rental costs for homes in Oklahoma, according to the latest census data.

Home values vary widely in Oklahoma. For example, a home in Oklahoma City can cost twice as much as one in a smaller city like Muskogee.

Below is a snapshot of the typical monthly utility costs that Oklahoma residents can expect to pay.

Actual results will depend on what type of property you own and where it’s located.

Average Grocery & Food Costs in Oklahoma: $220 per person, per month

Oklahoma actually has the lowest food and beverage costs of any state in the country, according to the Bureau of Economic Analysis’ latest personal consumption expenditures data. Oklahomans pay an average of $220 per month, or $2,645 per year on non-restaurant food and beverages.

Where you live affects average food costs. For example, you can buy a steak at a supermarket for $11.13 in Muskogee, but that same steak would cost you $14.36 in Enid.

Let’s chew on grocery costs in Oklahoma cities, from most to least affordable. The rankings are based on price data obtained from the Council for Community and Economic Research’s, Cost of Living Index for the second quarter of 2021.

Oklahoma used to be a thruway for the famed Route 66 when it was still in service; today it remains a popular destination for road warriors from all over.

You’ll want to keep an eye on transportation costs if you’re thinking about moving to Oklahoma, especially since its auto insurance rates run high.

Transportation costs will vary depending on your commute and the size of your family. Here are costs from MIT’s Living Wage Calculator for different family sizes.

Average Health Care Costs in Oklahoma: $6,121 per person, per year

Oklahomans spend an average of $6,121 per year on health care, according to the Bureau of Economic Analysis. Compared with Texas, Arizona, and New Mexico, Oklahoma’s health care costs fall near the middle of the pack.

Child care costs take up a healthy chunk of any family’s monthly budget, and the costs can change depending on the age of a child and the setting.

Oklahoma families that need help paying for child care can apply for aid through the Oklahoma Department of Human Services . The table below shows typical monthly child care costs in Oklahoma, according to costofchildcare.org .

Oklahoma has a progressive income tax, which adjusts your rate based on your income bracket.

When factoring in property, sales, and use taxes, Oklahoma has a below-average tax burden, with an effective state-local tax rate of 8.2%. It ranks 46th on taxfoundation.org’s rankings of local tax burdens by state; “tax burden” measures the aggregate impact of all taxes levied by state and local governments, as recorded by the U.S. Census Bureau.

Oklahoma had a lower tax burden than nearby New Mexico and Arizona, but its southern neighbor, Texas, came out one rank ahead, with a slightly lower effective tax rate of 8%.

Now that we’ve tackled the everyday expenses for living in Oklahoma, let’s take a look at the costs of some of the state’s greatest attractions.

If you’ve always been a fan of the Lone Ranger, Will Rogers, or Ben Johnson, you can buy your very own set of cowboy boots and Stetson hat and live out your cowboy fantasies at the rodeo in Guthrie.

How Much Money Do You Need to Live Comfortably in Oklahoma?

MIT’s Living Wage Calculator lists the “living wage” for a single individual in Oklahoma as $28,142 per year, or $13.44 per hour. Obviously this figure will vary depending on personal consumption habits.

If you’re looking for an affordable state, Oklahoma might be the perfect place for you, as U.S. News & World Report’s Affordability Rankings actually ranked it the second-most-affordable state in the union. Thanks to its open plains and low population per square mile, Oklahoma does well on housing, grocery, and health care costs.

What City Has the Lowest Cost of Living in Oklahoma?

Data from the Council for Community and Economic Research’s 2021 Cost of Living Index helps compare expenses across major cities in Oklahoma. The three most affordable cities are below.

Muskogee has the lowest cost of living in Oklahoma. A city with a population of around 37,000, Muskogee is less than an hour’s drive southeast of Tulsa and sits on the banks of the Arkansas River. It has the lowest housing, grocery, and health care costs in the state.

Ponca City has the second lowest cost of living in Oklahoma and is located about halfway between Wichita, Kansas, and Oklahoma City. The city has a relatively small population of around 25,000 and is home to the Pioneer Woman Museum. Homes in Ponca City are the third-most affordable in the state; however, its transportation and grocery costs are among the highest.

Oklahoma City is the capital of Oklahoma. The city is equidistant between New York City and Los Angeles, and has the largest population in the state. It also has the third-largest land mass of any city in the country. This big city, dubbed “the Big Friendly,” has the third-lowest cost of living in Oklahoma and attracts all types; its population saw double-digit growth in 2020.

Oklahoma embraces the traditional cowboy mystique, true grit, and, yes, grits. That vibe and the low cost of living in Oklahoma beckon newcomers. If you’re an Okie in the making, you may need a mortgage.

Although there are many home loans on the market to choose from, SoFi offers a range of home loans at competitive interest rates and with as little as 5% down.

Photo credit: iStock/Tiago_Fernandez
SoFi Loan Products
SoFi loans are originated by SoFi Bank, N.A., NMLS #696891 (Member FDIC). For additional product-specific legal and licensing information, see SoFi.com/legal. Equal Housing Lender.
SoFi Mortgages
Terms, conditions, and state restrictions apply. Not all products are available in all states. See SoFi.com/eligibility for more information.
Third-Party Brand Mentions: No brands or products mentioned are affiliated with SoFi, nor do they endorse or sponsor this article. Third-party trademarks referenced herein are property of their respective owners.
External Websites: The information and analysis provided through hyperlinks to third-party websites, while believed to be accurate, cannot be guaranteed by SoFi. Links are provided for informational purposes and should not be viewed as an endorsement.
SOHL1021049