Cost of Living in Alabama 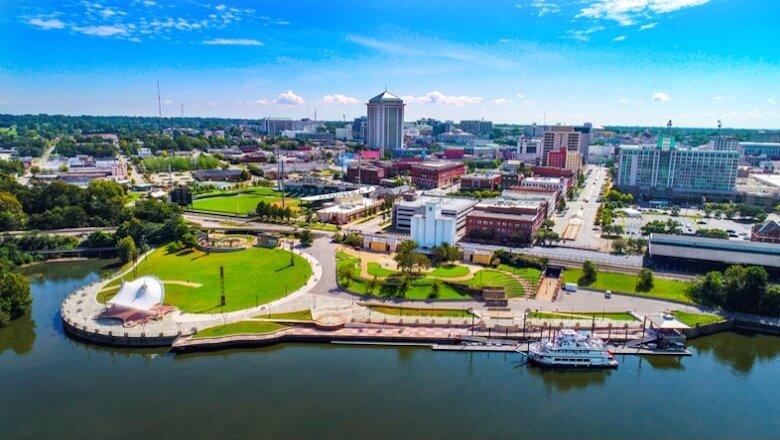 Whether Tiger or Crimson Tide, there’s no doubt that Alabamans are intensely proud of their state. With some of the best college football legacies in the nation, its delicious southern cuisines, or the fact that Mobile, Alabama was actually the site of the first celebration of Mardis Gras, it’s not surprising why Alabamans are so proud to hail from the Heart of Dixie.

Alabama’s ranks continue to grow, as its population has risen by 5.1% since 2010 and now numbers over 5,000,000 residents. One of the things that continues to draw in new residents is no doubt Alabama’s affordable cost of living.

We take an up-close look at some of the key costs of living that makeup the budgets of everyday Alabamans.

What’s the Average Cost of Living in Alabama?

The Bureau of Economic Analysis cites that the average cost of living in Alabama is around $35,859 per year for a typical single individual.

This is good news for anyone who’s thinking of moving to Alabama, as MERIC’s 2021 Cost of Living Index actually ranked Alabama as having the 4th lowest cost of living in the United States. The only other Southeastern state to beat Alabama on that list was Mississippi.

As a whole, the Southeastern United States region is fairly affordable when compared to the nation at large. It’s hard to go wrong if you’re looking to settle down without paying an arm and a leg.

We’ve broken down the major costs of living into five key categories to help paint a picture of what annual expenses look like in Alabama.

The average home in Alabama costs around $178,649, according to Zillow’s 2021 3rd quarter housing data. This is almost half of the national median sales price of an existing home of $352,800, according to the National Association of Realtors®.

Home prices and rental costs vary widely depending on where you live. When calculating your monthly budget, don’t forget to factor in other costs like utilities, taxes, and maintenance in addition to your monthly mortgage payment.

Below are the typical 2021 home prices for major cities in Alabama, according to Zillow.

Alabamians can expect to pay a total of $400.01 per month on their utility bills. This includes electricity, gas, cable and water.

The exact monthly tally will depend on your property, utility usage habits, and the type of services you choose (e.g. internet only or TV and internet). We’ve broken out some common utility costs below.

Average Grocery & Food Costs in Alabama: $260.50 per person, per month

Alabamians pay an average of $260.50 per month on grocery and non-restaurant food costs, or about $3,126 per year, according to the BEA’s latest Personal Consumption Expenditures report.

Alabama’s grocery and food costs are fairly cheap when compared to the rest of the nation; this is fairly typical of Southeastern states in general, with the exception of Virginia and North Carolina where groceries costs are above the national average.

However bear in mind that these expenses will vary depending on where you live within Alabama. Expect to pay more for groceries if you’re living in a larger urban city like Huntsville versus a smaller city like Decatur.

Below are the Council for Community and Economic Research’s, rankings of food costs across major Alabama cities for the 3rd quarter of 2021.


Recommended: Grocery Shopping on a Budget

If you’re planning to drive through the Land of Dixie, you’ll want to keep an eye on your transportation costs. Fuel costs in the Southeast aren’t cheap, and those bills can quickly add up (particularly if you’re driving American muscle!)

Depending on your ride of choice, family size, and the number of cars you choose to own, your transportation costs can vary widely. We’ve broken down estimates of these costs as calculated by MIT’s Living Wage Calculator .

Average Health Care Costs in Alabama: $5,904 per person, per year

The average annual per-capita cost of healthcare in Alabama is $5,904, according to the BEA’s Person Consumption Expenditures report.

Regardless of who you are, there’s no getting around childcare costs when it comes to having a family. Fortunately, Alabama happens to have the second-lowest childcare costs in the country, according to the Economic Policy Institute. Only Mississippi had lower childcare costs.

However, that doesn’t mean that childcare is cheap; far from it. Depending on the type of care you need, childcare can cost thousands of dollars a month. This can be especially unforgiving for younger families where both spouses have to work.

We’ve provided estimates of the average child care costs in Alabama below, per 2021 data from costofchildcare.org .

Alabama has a graduated-rate income tax structure where the highest tax bracket is assessed at a 5% marginal tax rate, according to the Tax Foundation’s State Individual Income Tax Rates and Brackets for 2021 .

Considering that Mississippi and Kentucky also have 5% top marginal tax rates, Alabama’s 5% rate is par for the course when compared to its neighbors.

Now that we’ve covered the everyday costs of living, let’s take a look at the costs of some of Alabama’s greatest attractions.

Alabama’s collection of beautiful woodlands and gulf shores certainly doesn’t cost anything to visit; it’s one of those unique states where individuals can hike the Appalachian trail and enjoy sandy coastal beaches within the same day.

The state of Alabama is also rife with historic attractions, from the U.S. Space & Rocket Center to the USS Alabama Battleship Memorial Park.

However, the one defining feature of Alabama is football.

Akin to a religion, you haven’t experienced college football until you’ve been to Alabama. The University of Alabama-Auburn University rivalry is one of the most heated rivalries in American football, and this matchup plays out every year at the annual Iron Bowl. Depending on your choice of seats, tickets can cost thousands of dollars!

This matchup is especially heated as both schools are located within the same state and locals are split across each team. This contention plays out between neighbors, coworkers, and even within families.

Alabama certainly has its vibes. Whether you’re trying to beat the hot summers, sipping on a sweet tea or your favorite brand of “coke;” or you’re enjoying a pulled pork barbeque cookout at the tailgate of your favorite football team, you’re sure to find something about Alabama that fits your niche.

How Much Money Do You Need to Live Comfortably in Alabama?

While the amount you need to live comfortably will vary based on your lifestyle, MIT’s Living Wage Calculator cites that the typical single Alabaman will need to earn $13.77 an hour, or $28,642 per year, to qualify for a “living wage” in the state.

When it comes to costs, Alabama doesn’t do half bad, as U.S. News & World Report’s Affordability Rankings ranked Alabama the 18th most affordable state in the union. The CCER also ranked it 10th on its lowest cost of living index. Depending on your personal tastes and income, a comfortable life in Alabama is more within reach than you may think.

What City Has the Lowest Cost of Living in Alabama?

The city of Anniston has the lowest cost of living in Alabama, according to the Council for Community and Economic Research’s (CCER) 2021 Cost of Living Index data.

To help you compare the cost of living across different cities in Alabama, we’ve displayed the three cities with the lowest cost of living in the State.

Originally an iron town founded in 1872, Anniston sits at the foothills of the Appalachian mountains on the cusp of the Talladega National Forest. The city is surrounded by scenic views and woodlands. It has the lowest housing costs of any major cities in Alabama according to the CCER’s 2021 data.

Florence is home to just under 41,000 residents and sits on the banks of the mighty Tennessee river. The city is host to gorgeous views of the riverfront and is home to the University of North Alabama, the oldest collegiate institution in the state. The city ranked well because it had the lowest healthcare costs of Alabama’s major cities.

The Port City of Mobile, Alabama is the state’s only saltwater port and is home to almost 187,000 residents. Mobile is the first city in Alabama and was founded before Alabama even obtained statehood. The city of Mobile has the 2nd-lowest housing costs in the state, but also the highest healthcare costs, according to the CCER’s 2021 data.

Alabama can be a great option for football fans looking for a state with hot summers but great barbecue to make up for it. If the money you save doesn’t go directly to game tickets, you might find Alabama to be an affordable place to live and raise a family.

Although there are many home loans on the market to choose from, SoFi offers a range of home mortgage loans at competitive interest rates and with as little as 5% down.

Photo credit: iStock/Kruck20
SoFi Loan Products
SoFi loans are originated by SoFi Bank, N.A., NMLS #696891 (Member FDIC), and by SoFi Lending Corp. NMLS #1121636 , a lender licensed by the Department of Financial Protection and Innovation under the California Financing Law (License # 6054612) and by other states. For additional product-specific legal and licensing information, see SoFi.com/legal.
SoFi Mortgages
Terms, conditions, and state restrictions apply. Not all products are available in all states. See SoFi.com/eligibility for more information.
Third-Party Brand Mentions: No brands or products mentioned are affiliated with SoFi, nor do they endorse or sponsor this article. Third-party trademarks referenced herein are property of their respective owners.
External Websites: The information and analysis provided through hyperlinks to third-party websites, while believed to be accurate, cannot be guaranteed by SoFi. Links are provided for informational purposes and should not be viewed as an endorsement.
SOHL1021046