A Visual Timeline of Student Loans: Where We’ve Been and Where We’re Headed

More Americans than ever are taking out student loans to invest in their futures. And that’s leading to…a huge amount of debt across the nation. $1.3 trillion in fact. This year alone, college grads who have their bachelor’s degrees face an average of $37,000 in student debt. And, as of July, over seven million borrowers are in default.

So how to solve it all? Let’s start at the beginning. Scroll through the visual timeline below to see the highlights and lowlights of the past 80 years in student loan history.

Rest assured, there is definitely a light at the end of the tunnel (er…timeline). 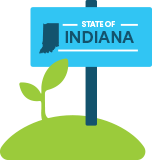 1944 – The Servicemen’s Readjustment Act (the GI Bill) is passed in 1944. Providing federal funding for WWII veterans to attend college.

Related: How and When To Combine Federal and Private Student Loans 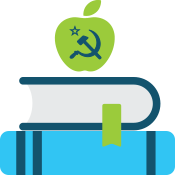 1958 – Amongst growing fears that Soviet Russia is outpacing the U.S. in education, the Federal Perkins Loan Program is enacted. This legitimizes federal funding of higher education through low-cost student loans.

1965 – The Higher Education Act of 1965 (HEA) is passed, increasing federal funding to universities. The Pell Grant Program is the largest of six programs authorized under the HEA. 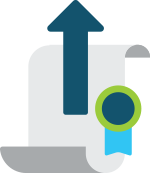 1973 – The Student Loan Marketing Association (Sallie Mae) is established to help create more low-interest loans in support of the HEA.

1992– President George H.W. Bush signs legislation allowing the consolidation of Stafford Loans, PLUS Loans, and Federal Perkins Loans. One of the main drawbacks? The consolidation leads to an increase of about 0.125% in interest.

Recommended: What is Refinancing Vs. Consolidation?

2001 – The Economic Growth and Tax Relief Reconciliation Act of 2001 (EGTRRA) is passed, making all interest paid on student loans deductible — but subject to dollar limits. 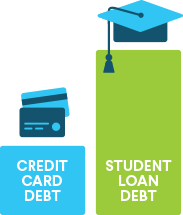 2011– State governments cut college funding and increase tuitions. Students in at least 43 states feel the sting. SoFi (and the concept of refinancing student loans at lower rates for hard working professionals) is born. 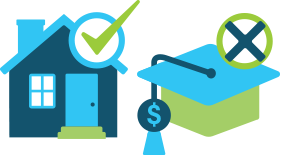 Read Next: 10 Questions to Ask When Choosing a Student Loan Refinance Lender

2015 – Employers start to recognize the significance of the student debt crisis. Three percent of U.S. companies offer student loan assistance as a benefit.

2016 – Student loan debt is a focus of the presidential election. President Elect Donald Trump reveals a single student loan repayment plan capped at 12.5% of a borrowers’ income and suggests borrowers would see their student debt forgiven after 15 years of making full payments. 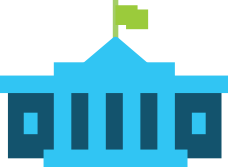 2016 – Over 600 companies partner with SoFi at Work to offer student loan contributions and student loan refinancing as benefits for their employees.