DoorDash Takes a Bite Out of the Ad Market

Yesterday, the popular food delivery service DoorDash (DASH) officially launched its advertising platform, enabling restaurants to purchase homepage banner ads and sponsored listings on the app. DoorDash already offered tiered services for restaurants on the platform, as well as some opportunities to buy ads, but the offerings launched yesterday mark the beginning of a new era for the company’s ad strategy.

DoorDash is joining rivals in the food delivery space which already offer sponsored listings. UberEats (UBER) launched its sponsored ads service last August while GrubHub (GRUB) includes sponsored listings in its commissions. This means that the more restaurants pay, the more visibility they get on GrubHub.

So far, offering sponsored ads has been lucrative for UberEats. When reporting second-quarter earnings, Uber shared that UberEats will end 2021 with an ad run rate of over $100 million. The company expects the run rate to grow to at least $300 million in 2022. UberEats is much bigger than DoorDash, but these numbers give some insight into the potential for growth in the food delivery ad space.

DoorDash and Uber do face challenges in selling ads to their restaurant customers. After all, the platforms do not want to alienate users by bombarding them with ads, nor do they want to face backlash from mom and pop restaurants which are already unhappy about high delivery fees. Nevertheless, DoorDash thinks it can help restaurants and customers, not frustrate them. The delivery platform operator said most customers search for a type of food such as burgers or sushi, not specific establishments. For this reason, it hopes that ads will point customers to what they want to find.

DoorDash is betting that sponsored listings will diversify its business and boost its revenue stream. Judging from the success UberEats and other apps have had so far, DoorDash may not be wrong. It will be interesting to see how delivery platforms’ advertising efforts pan out.

In March 2020, as the COVID-19 pandemic struck, the White House ordered the suspension of payments, interest, and collections on most federally held student loans. After a break of nearly two years, borrowers will restart federal student loan payments. Well before 2022 arrives, it would be smart to have a strategy for repayment.

If you refinance your student loans with a private lender, a new, private loan—ideally with a lower rate—will pay off your original loans. Refinancing can be a good choice for working graduates who have higher-interest Direct Unsubsidized Loans, Graduate PLUS loans, or private loans, since interest rates are at near-historic lows.

One important thing to note is that refinancing federal student loans means the loans are no longer subject to federal benefits like income-driven repayment, Public Service Loan Forgiveness, or federal forbearance.

Also, it’s important to read the fine print and compare offers among lenders. For example, SoFi has a refinancing program that allows eligible federal student loan borrowers to lock in today’s rate while continuing to enjoy the payment freeze that will end after Jan. 31, 2022. Enrolled borrowers would have their loans disbursed on Dec. 20, 2021, and enjoy 0% interest until then; payments would begin in February.

Comparing options, plugging in numbers, and weighing different scenarios based on your current financial picture and your goals may be helpful in assessing whether refinancing is a good option for you.

Is the chance at a lower interest rate intriguing? SoFi refinances private and federal student loans with low fixed or variable rates, flexible terms, and no fees. Check your rate on student loan refinancing today. 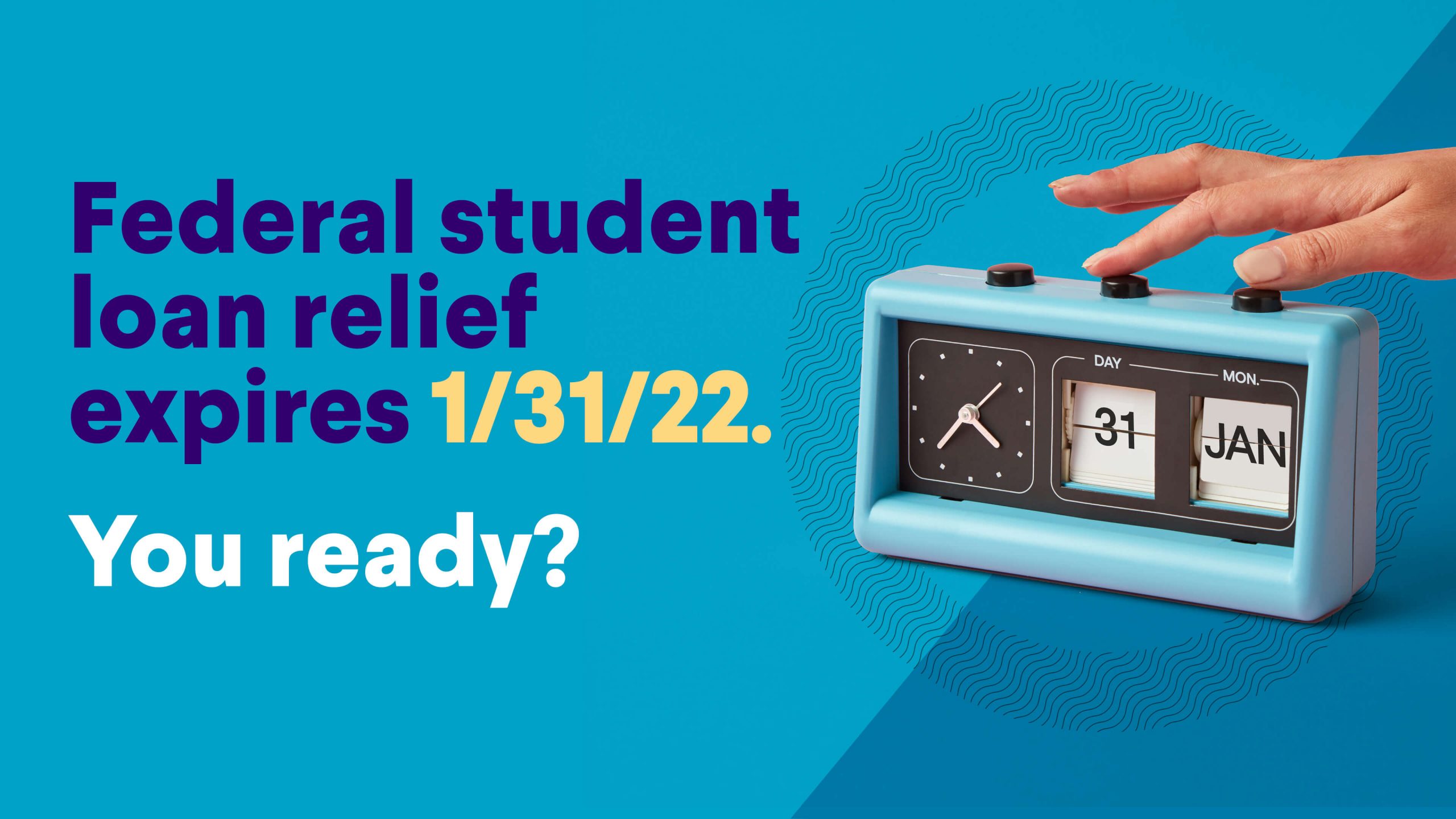 Blackstone Gets Into the Music Industry

Blackstone (BX) is aiming to capitalize on the growth in music streaming, teaming up with the advisory arm of Hipgnosis Songs Fund (HPGSF) to invest in music rights and catalogs. The asset management firm is investing $1 billion in the effort. Hipgnosis is a music investment company which buys artists’ songs catalogs and makes money when songs are streamed online or used in commercials, TV shows, and movies.

Under the deal, the Hipgnosis fund will be able to co-invest with Blackstone on any music catalog deals. Blackstone will take a majority stake in Hipgnosis Song Management and will invest in the firm to improve the data and tech it uses to manage music rights.

Hipgnosis was founded in 2018 by Merck Mercuriadis, a former manager for big names including Elton John and Beyoncé, and by Nile Rodgers, the co-founder of Chic. Hipgnosis buys songs through the Hipgnosis Songs Fund. The company has inked music deals with Rihanna, Shakira, and Neil Young. Since going public in 2018, Hipgnosis owns the rights to over 64,000 songs, 14,000 of which are top-10 hits. The company has gross assets of around $2.2 billion.

Asset managers including Blackstone see obtaining music rights as a big growth play. After all, old songs can generate a lot of money via streaming platforms and on social media.

With social media and streaming platforms taking off, big asset management firms see an opportunity to make money off of music. It will be interesting to see what these investors do next.

Patent Lawsuits in the Tobacco Industry Heat Up

Philip Morris, British American Tobacco, and Others Battle It Out

Philip Morris International (PM), Altria (MO), and R.J. Reynolds Tobacco are embroiled in patent lawsuits as they seek to churn out nicotine products which are considered less risky to consumers’ health. The number of patent lawsuits in the tobacco industry has surged over the past few years as the search for cigarette alternatives heats up.

Last month, the US International Trade Commission ruled that Philip Morris must halt imports of IQOS heated tobacco sticks because of a patent fight with R.J. Reynolds, which is owned by British American Tobacco (BTI). IQOS could ultimately be banned from the US tobacco market as a result of the overseas litigation.

The Race to Dominate the Smokeless Product Market

In the race to dominate the smoke-free market, Philip Morris and British American Tobacco are in the lead. Philip Morris is on track to meet its goal to have over half of its revenue come from products which are considered less harmful to consumers by the middle of this decade.

Meanwhile, British American Tobacco is on track to achieve its goal of having one-fifth of its revenue come from these products in the same timeframe. These two companies have been the most litigious in the industry recently, filing patent disputes against one another in courtrooms in Japan and other key markets.

British American Tobacco won a case in September, but has lost other lawsuits in the UK, Poland, Greece, and other countries.

The surge in patent suits in the tobacco industry has been driven by changes in the technology which goes into smokeless cigarettes and other products. Tobacco companies have more intellectual property to defend than they used to. Philip Morris had about 170 patents back in 2016, but that number surged to 1,300 by 2020. British American Tobacco doesn’t spend as much on its cigarette alternative efforts as Philip Morris, but it does defend its patents more. Over the past five years, the tobacco company has filed 35 patent lawsuits.

The tobacco industry is used to spending time in court, but this has usually been to defend business practices, not patents. As the search for cigarette alternatives heats up, companies are going to great lengths to protect their IP and hopefully gain ground in a growing market.

“An emergency fund is intended to be used at a moment’s notice. For the most part, you’ll hear that a healthy emergency fund should cover between three and six months worth of living expenses—which would include rent, mortgage, bills, food, and other essentials. And since you never know when an emergency might happen, it’s best to keep your fund relatively liquid.”

SoFi Loan Products
SoFi loans are originated by SoFi Lending Corp. or an affiliate (dba SoFi), a lender licensed by the Department of Financial Protection and Innovation under the California Financing Law, license # 6054612; NMLS # 1121636 . For additional product-specific legal and licensing information, see SoFi.com/legal.