A Boost for Internet Providers

This week, the $1 trillion infrastructure bill is making its way through the Senate. The bill includes $65 billion to help improve internet access for low-income and remote communities, which could give internet providers like AT&T (T) and Charter Communications (CHTR) a boost.

Though the bill will likely go through changes before it becomes law, it could include $40 billion in grants for states to give out to internet providers who commit to expanding the reach of their networks. AT&T has said that it is already planning to grow its fiber-optic network to serve millions of new locations, but government support could help with this process for it and other internet providers.

The bill in its current form also provides money to extend a program which helped low-income Americans pay for their internet and phone bills during the pandemic. Over 825 providers signed up to offer service through the program.

This fund has helped low-income families weather a difficult time. It has also aided internet and phone companies, which have been able to retain customers because they are receiving aid.

The pandemic highlighted the importance of expanding access to high-speed internet in the US. Internet access became even more crucial for students when millions of schools went remote. Additionally, people in both high- and low-wage jobs needed fast, reliable internet access for work. A study showed that the absence of high-speed internet during the pandemic caused a 3% drop in labor productivity in the US.

Many companies are deciding to keep remote or hybrid work models in place, not just for executives, but for executive assistants, bookkeepers, and other workers who used to work in offices. Access to good internet will help cut down on inequality as the economy becomes increasingly digitized.

Setting Yourself up for Financial Success

Are you in an endless spend/save/spend cycle? Reaching savings goals takes time and effort, but with a few tried and true strategies that work for you, it doesn’t have to be hard.

Brian Walsh, SoFi Financial Planner, gives you tips to save your money and make progress on your goals. Watch the video below to hear Brian’s 5 steps for reaching your savings goals. 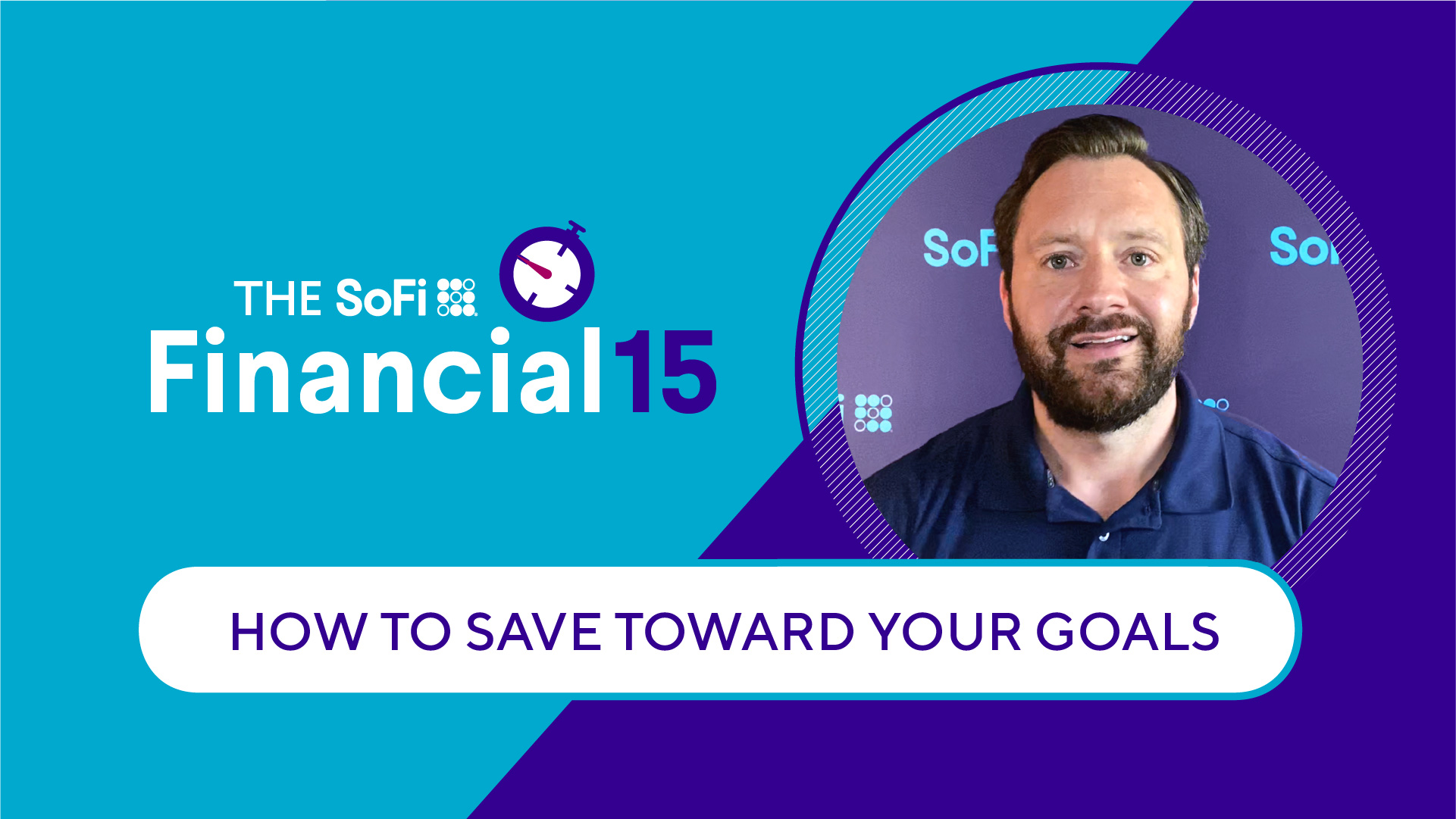 Wolverine Diversifies Away from Footwear

Wolverine Worldwide (WWW) is acquiring activewear brand Sweaty Betty for $410 million in cash. Wolverine has been in the shoe business since 1883. It currently owns and operates many shoe brands including Keds, Sperry, Saucony, and Chaco. Sweaty Betty will be Wolverine’s first brand which is not focused on footwear, but the company hopes to launch collaborations between Sweaty Betty and its existing brands.

“Sweaty Betty aligns perfectly with our strategic growth plan for Wolverine Worldwide, as we focus on growing digital channels, expanding our international footprint, and building our brand portfolio beyond footwear,” said Brendan Hoffman, President and incoming CEO of Wolverine.

Activewear sales have been climbing for some time. The pandemic accelerated this trend as people wore leggings and sweatshirts not just to work out, but also to lounge and work from home. With many companies deciding to keep hybrid and remote work in place, the activewear boom is expected to continue.

Brands specializing in activewear, like Lululemon (LULU) and Nike (NKE), have seen growth during the pandemic. Additionally, companies from other parts of the apparel industry are working to gain ground in the activewear sector. Brands like J.Crew and Tory Burch LLC have recently launched workout clothing lines, and department stores like Kohl’s (KSS) and Nordstrom (JWN) are also investing in more activewear offerings.

Sweaty Betty was founded in the UK. Its products are currently sold at about 60 brick-and-mortar locations in Britain as well as a few stores in Hong Kong. Some Sweaty Betty items are also available at Nordstrom locations in the US and Canada.

Sweaty Betty is on track to earn about $250 million in revenue this year. Wolverine plans to grow Sweaty Betty’s physical presence in the US. However, about 70% of the company’s sales come from ecommerce, which will be helpful as Wolverine works to scale the brand around the world.

Yesterday, PepsiCo (PEP) announced that it is selling Tropicana, Naked, and other juice brands toFrench private equity company PAI Partners for $3.3 billion. Pepsi will keep a 39% stake in the new joint venture and retain exclusive rights for US distribution of the juice brands.

Pepsi’s juice business has weighed on its bottom line for some time. Sales of juice have ticked downward over the past decade despite a slight jump during the pandemic. Fruit juice was once thought of as healthy, but now many consumers are wary of the sugar it contains.

Pepsi aims to streamline its product range and to move away from drinks that are high in sugar. With the proceeds from the sale, Pepsi will ramp up its investments in healthy snacks and zero-calorie drinks.

Pepsi’s rival Coca-Cola (KO) has also been simplifying its portfolio recently. The beverage giant stopped selling its Coca-Cola Energy and TaB diet soda brands in the US. It also shed ZICO coconut water from its portfolio and shut down its smoothie label, Odwalla.

Both Coke and Pepsi have had a difficult time marketing a vast array of brands, many of which occupy similar positions in the market and end up competing against each other. The two companies are both working to devote more resources to a smaller collection of brands.

Pepsi’s stock price has climbed 5% this year, giving the beverage giant a market value of $216 billion. The company’s at-home snack and drink business saw significant gains while consumers practiced social distancing over the past year and a half.

In its most recent report, Pepsi said that quarterly revenue increased 20% year-over-year as demand for its products from restaurants, movie theaters, and stadiums returned. It will be interesting to see what comes next for Pepsi after the sale of its juice brands.

“If you truly want to get better at spending and saving, then you may want to track both your daily spending habits and your long-term progress on your savings goals. This may feel difficult at first, but as with most things, it becomes easier with practice and as you hone the methods that work for you.”

*The following describes the terms that apply to participation in the SoFi Money direct deposit promotional program (“Program”) offered by SoFi Securities LLC (“SoFi”). Eligible Participants: All new members who join SoFi Money during the Promotion Period and all existing SoFi Members without a prior history of Direct Deposit transactions (“Direct Deposit”) to their SoFi Money account as of the beginning of the Promotion Period are eligible for the Program. Promotion Period: The Program will be available from 5/1/21 12:01AM ET to 09/30/21 11:59PM ET. Bonus Terms: In order to qualify for the bonus, an Eligible Participant must have $1,000 or more in total qualify Direct Deposit transactions within any consecutive 30-day window during the Promotion Period. Qualifying Direct Deposits must be made from the enrolled member’s employer, payroll, or benefits provider via ACH deposit. Deposits that are not from an employer (such as check deposits; P2P transfers such as from PayPal or Venmo, etc.; merchant transactions such as from PayPal, Stripe, Square, etc.; and bank ACH transfers not from employers) do not qualify for this promotion. This offer cannot be combined with the SoFi Money rate discount on a SoFi loan. SoFi will credit members who meet the qualification criteria stated above with a one-time cash bonus of $100 deposited into their SoFi Money account within two weeks of qualification. Bonuses are considered miscellaneous income, and may be reportable to the IRS on Form 1099-MISC (or Form 1042-S, if applicable). SoFi reserves the right to exclude any Members from participating in the Program for any reason, including suspected fraud, misuse, or if suspicious activities are observed. SoFi also reserves the right to stop or make changes to the Program at any time.