Despite tight inventory and rising prices, home sales surged in May to the highest level seen since 2005. This surprised economists who were expecting declines. Month-over-month sales surged 8% in May, which was much higher than the 1% decrease economists predicted. Year-over-year sales were up 13%. Home sales fell sharply in April, leading some to predict the pandemic housing boom was coming to an end.

The May rebound in home sales came as interest rates fell below 3%. There was also an increase in inventory, enabling more buyers to find what they were looking for. Much of the activity is happening on the high end of the market, where there is more inventory. The low end of the market isn’t seeing much of an increase in sales as first-time buyers compete for what little inventory is available.

The lack of existing homes to purchase has played a major role in sales during the past few months. In May the inventory of existing homes for sale increased slightly when compared to April, partly driving the jump in sales. Inventory is still at historic lows, down 20% from last year.

Sales of new homes fell close to 6% in May as builders passed higher supply and labor costs to home buyers. The median price for a new construction home was 18% higher. Even though the cost of lumber has declined in the past few weeks, prices are still much higher than they were prior to the pandemic.

The rebound in home sales took place across all regions in May, but the Northeast led the charge. Month-over-month sales were up 15.5% in the region. Meanwhile, in the Midwest sales increased 6.7%. Sales climbed 4.9% in the South and 10.9% in the West.

Despite record prices for new and existing homes, the housing-market boom has continued. Interest rates are low and Americans are still enthusiastic about buying homes, even as many return to pre-pandemic routines.

How to Know When You’re Ready to Buy a Home

Buying your first home is a huge investment, but that doesn’t mean it’s a purely financial decision. You may be seeking more space for your growing family, or craving the community aspect of living in a suburb, or maybe you’re just feeling ready to achieve that major milestone of being a homeowner.

That said, it can help to start with an objective framework before factoring in the emotional reasons. Here are five signs it may be time to buy:

SoFi makes the process as quick and painless as possible. Plus, get access to educational tools and resources when you need them. Find your rate. 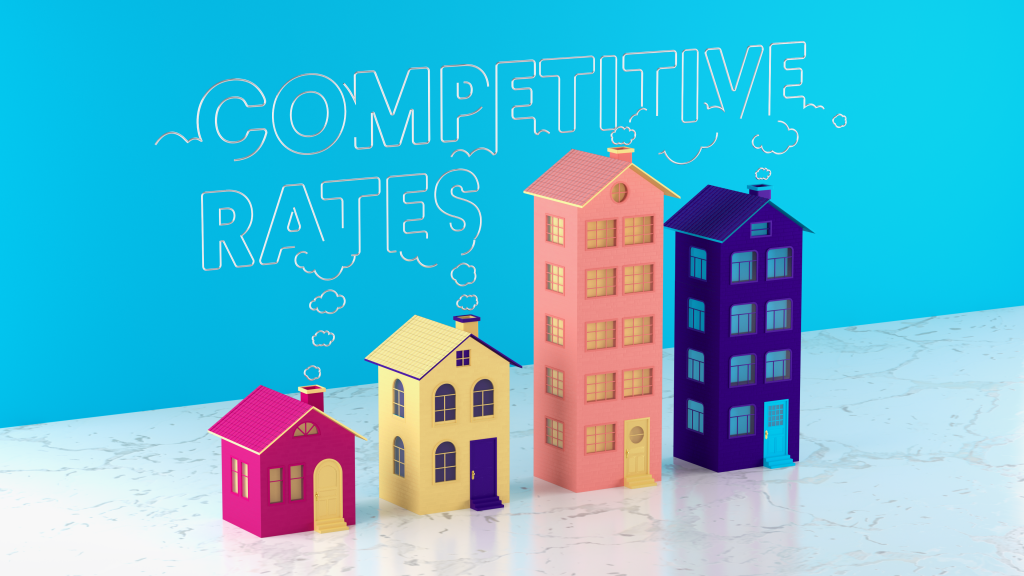 Apple’s (AAPL) decision to require apps to get users’ permission to track their iInternet activities is having an unintended consequence. Companies are shifting their spending to advertising with Google’s (GOOGL) Android devices.

Since Apple’s new policy went into effect in April, Apple users have received and declined a large number of requests from apps seeking permission to track them. Fewer than 33% of iOS users have opted in to tracking. As a result, digital advertisers have lost a lot of the data that made advertising on Apple devices effective.

This is particularly true for Facebook (FB). Without the ability to track activity in its iOS apps, advertisers have less data to leverage when using the social media giant’s ad-targeting tools.

The impact of Apple’s changes was not evident until June when more than 70% of iOS devices had the software upgrade. From June to July, ad spending on iOS fell by over 30% while Android spending increased by 10%. The prices for Android ads are now 30% higher than ads targeted at iOS users.

Facebook, an advertising giant, has taken a hit due to the changes. Apple’s tracking policy limits the flow of data to Facebook, which in turn reduces the effectiveness of its ad-targeting tools. Facebook, one of the biggest critics of Apple’s changes, had previously warned it could result in its Audience Network tool shutting down. This is a tool which allows advertisers to buy ads in non-Facebook apps based on data Facebook collected from users.

Despite the turmoil Apple’s new policy is causing for advertisers and rival tech companies, Apple’s ad business may not be significantly impacted. The company only sells ads in a few of its apps and does not get any ad money from third-party apps. Apple is not as dependent on ad business as Facebook and Google.

Additionally, Apple’s sales of phones and other hardware may increase because users want to protect their privacy. It will be interesting to see how advertisers will continue to respond to the changes Apple has made, and how the new policy will impact Apple’s bottom line.

Nextdoor, a social media app which connects people in neighborhoods, is going public via a SPAC transaction with Khosla Ventures (KVSA). The deal, which is expected to generate $686 million in gross profits, values Nextdoor at about $4.3 billion.

A large number of companies opted to go public via SPAC earlier this year, but that trend has slowed recently. With so many shell companies competing for merger targets, it has also been difficult to find quality partners. Khosla Ventures says it looks for cutting-edge tech companies with strong growth potential and clearly defined goals. The firm believes that Nextdoor fits the bill.

Nextdoor boasts a large user base in more than 275,000 neighborhoods across 11 countries. The company says its social media app is used by one in three households in the US. Nextdoor makes money partly by selling ads to small businesses. It also helps companies reach new customers in other ways.

The merger with Khosla is expected to be completed in the fourth quarter. Nextdoor’s CEO Sarah Friar will remain at the company’s helm.

During the pandemic, people were stuck at home and suddenly became more interested in what was going on in their neighborhoods. Nextdoor’s ability to provide that information led to growth. Nextdoor and Khosla are betting that interest in the app will remain despite a return to pre-pandemic habits.

Terms and conditions apply. Mortgages are not available in all states; See SoFi state license list at SoFi.com/legal/#mortgage-licenses. Licensed by the DFPI under the CFL #6054612. NMLS #1121636 (www.nmlsconsumeracces.org). Equal Housing Lender.