We will be taking a break for the 4th of July on Monday, but will be back in your inbox on Tuesday 7/6 with more business news and stock market happenings. For more breaking news and how it affects your finances, visit the SoFi app.

Have a happy and safe 4th,

Sign-On Bonuses Become all the Rage

Pilgrim’s Pride (PPC), Amazon (AMZN), and Restaurant Brands International (QSR) are among the companies offering job seekers sign-on bonuses as they compete for workers in a tight labor market. The need for manufacturing, logistics, healthcare, and food service industry employees is reaching a fever pitch, prompting companies to pull out all the stops to lure workers. As a result, the sign-on bonus is no longer a perk reserved for higher-level employees or top talent. Many workers making between $16.50 and $25 per hour are landing $1,000 bonuses.

Pilgrim’s Pride, which is one of the country’s biggest poultry processors, is offering $1,500 bonuses for jobs which pay $13.55 to $18.85 per hour. Harrison Poultry, a competitor, is offering jobs which pay $20 per hour and $2,500 in bonuses paid out during the first year of employment. Meanwhile, a Burger King in Pennsylvania is giving new employees $1,500 sign-on bonuses.

Amazon said in May it intended to hire 75,000 more workers in the US and would give them each a $1,000 signing bonus. Those bonuses are now up to $3,000 in some warehouse locations. Additionally, new employees get a $100 bonus on their first day if they show proof they received the COVID-19 vaccination.

Employers are willing to offer cash sign-on bonuses because they amount to a one-time expense and do not involve increased pay for a long period of time. For employees, the bonus is appealing because it gives them upfront cash to cover expenses. Despite the efforts, there are some jobs that are still hard to fill, particularly in the restaurant industry.

The economy is roaring back to life after more than a year of economic shutdowns. It will be interesting to see just how much companies are willing to pay to recruit and retain workers.

Ways For Borrowers to Tap Into Their Home’s Equity

Cash-out refinances and home equity lines of credit (HELOCs) are two borrowing options that allow homeowners to tap into the equity they have built in their home.

A HELOC is a line of credit secured by the borrower’s home. The line of credit can be accessed on an as-needed basis, up to the borrowing limit. The borrower is only charged interest and responsible for repaying the amount they actually borrowed.

Using your home’s equity could make sense if you are looking to remodel your home or pay off debt. Right now, get $20 just for viewing your rate for a cash-out refi. But don’t wait—this offer ends 7/6/21. 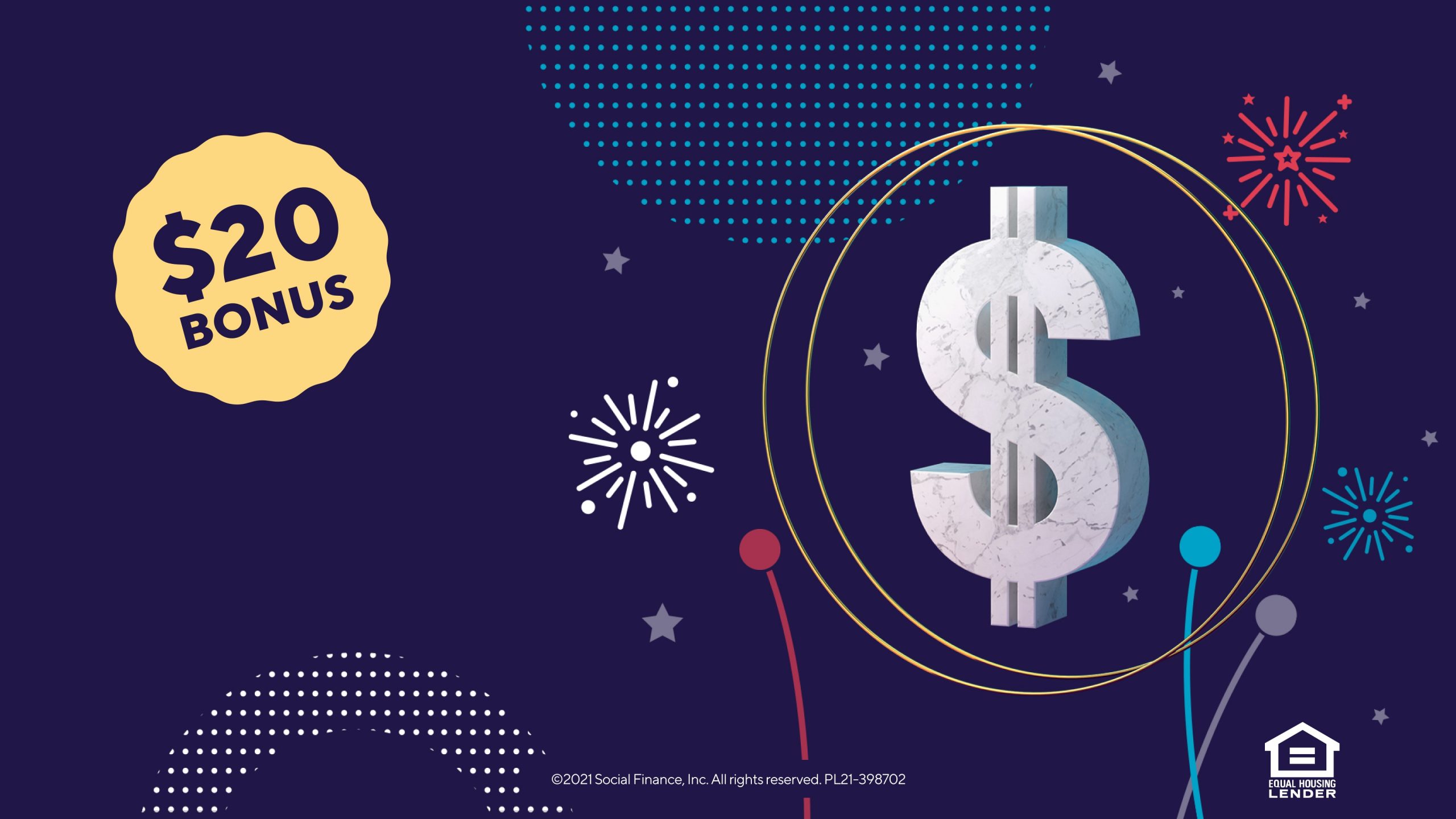 The US automobile market is expected to cool off in the coming months, but not because of a decline in demand. Hampered by semiconductor shortages and supply-chain bottlenecks, vehicle manufacturers are having a hard time getting cars into their showrooms. That is expected to slow the pace of growth seen during the first six months of this year.

For the first half of 2021, new vehicle sales are forecast to reach 8.3 million units, which is 32% higher year-over-year and up close to 1% from 2019, a more normal period before the pandemic. Still, the sales rate slowed as the second quarter of 2021 winded down, coming in at about 16 million vehicles. In April, carmakers sold close to 19 million vehicles on an annualized basis.

The decline at the end of the second quarter is partially due to a lack of inventory at dealerships. In June, dealers had roughly 1.5 million new vehicles in their showrooms. That was down 42% from a year earlier and 23% lower than at the beginning of May. The lack of new vehicles is also driving prices higher, with the average cost for a new vehicle surpassing $40,000 in June, a record high.

Car buyers seem willing to absorb the price increases. Many have extra savings thanks to federal pandemic stimulus payments and months of being at home and not spending money. There are also low interest rates and high trade-in values for those purchasing new cars. These factors also point to the fact that supply issues, not a lack of demand, are driving declines in sales.

Among the vehicles hit hardest by the semiconductor shortages are pickup trucks and SUVs, which generate a lot of profits for General Motors (GM) and Ford (F). That has resulted in both companies reporting a decline in market share while Toyota (TM) and Honda (HMC) gained market share. The chip shortages have even prompted Ford to cut production across six US factories in July. That indicates supply-chain issues could take longer than expected to ease.

The US car industry is seeing unprecedented demand as consumers look to take advantage of extra savings and low interest rates. It will be interesting to see if this demand spills over into next year and how the carmakers respond.

Check out our latest ‘Happy Office Hours’ with Ashley Stahl

Let’s find our dream job together! Join Ashley Stahl for some job hunting tips and pointers. We have the recording here, so you don’t have to miss out!

Olive, a startup which automates tasks for the healthcare industry, raised $400 million in funding, led by Vista Equity Partners and Base10 Partners’ Advancement Initiative. The round gives Olive a valuation of about $4 billion. It was worth $1.5 billion at the end of last year when it secured $225.5 million in funding.

Olive is going after what it says is $1 trillion in money wasted in the healthcare industry by using technology to automate processes which are currently performed manually. That includes ordering supplies and getting insurance company authorizations for procedures. Proceeds from the round will be used to more than double the company’s workforce of 800 and to create additional products.

Zipline, a drone delivery startup which gained prominence during the pandemic by delivering vaccines, blood, and medical supplies, has raised $250 million in venture funding. New investors Fidelity, Intercorp (IFS), Emerging Capital Partners, and Reinvent Capital joined existing backers to participate in the fundraising round. Zipline now has a valuation of $2.75 billion.

Zipline has been accelerating the development of its drone delivery network in Africa and the US and plans to expand into new industries and geographies. For example, the startup recently began offering 24/7 delivery service in Rwanda. Proceeds from the funding round will go to build out its platform and fuel expansion.

Gympass, a fast-growing corporate wellbeing platform, raised $220 million in venture funding. The company now has a valuation of $2.2 billion. Employers pay Gympass a flat fee to access the app. Employees in turn can select a wellbeing plan which gives them access to gyms and fitness studios.

As pandemic restrictions ease, the company is seeing activity pick up. In May alone, Gympass had 4 million monthly visits across its network of fitness partners. The UK and US are driving the growth. Gympass plans to use proceeds from the funding to enhance its technology, grow in the US, and expand into new markets.

Get $20 when you check your rate for a home loan offered by SoFi Lending Corp or an affiliate. Offer ends on 7/6/21. No purchase necessary. Void where prohibited by state law. See full terms & conditions for details at https://www.sofi.com/home-loans/cash-out-refinance/#get20. CFL#6054612, NMLS#1121636 (nmlsconsumeraccess.org). SoFi reserves the right to modify or discontinue at any time without notice. Equal Housing Lender. 2021 Social Finance, Inc. All rights reserved. PL21-398702