Oil prices are surging, and despite a pledge by OPEC to increase production in the coming months, they are not expected to come down any time soon. Some may be quick to blame inflation, but Wall Street’s preference for green energy could be a more important contributing factor.

With institutional investors pouring trillions of dollars into green energy like wind and solar, investments earmarked for oil projects are on the decline. Some analysts believe that energy companies will have a hard time meeting demand for oil around the world if these trends persist.

Demand for crude oil is expected to continue to grow during the next ten years, even as the world transitions to more green energy solutions. Since pandemic restrictions began to ease, consumption in the US has surged. This has coincided with a decision from OPEC to cut output, which has resulted in higher prices at the gas pump.

Yesterday, US crude reached $71.48 per barrel—its highest level in more than two years. The price is nearly double what it was in October 2020. OPEC has responded, vowing to increase production in the coming months. But that may not be enough to help supply to catch up with demand.

The imbalance between supply and demand is being exacerbated by a decline in spending on oil extraction projects. In 2020, oil companies spent less than half of what they did in 2014. Analysts predict that spending will increase only slightly from 2020 levels in the coming years. This would likely send oil prices soaring.

Oil companies are in a precarious position. On the one hand, major investors want them to spend less on oil extraction. On the other hand, demand for crude is surging. Striking a balance could be a challenge.

Get Payment Reminders for Recurring Expenses in the SoFi App

Building good financial habits can require having the right routine and finding the tools to get you there. Even small changes, over time, can add up to healthier financial habits. Set up SoFi Relay to get payment reminders. 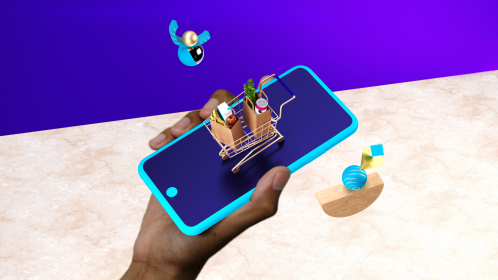 Boxed, an online retail company, is going public via a special-purpose acquisition (SPAC) transaction. The deal with Seven Oaks Acquisition Corp. (SVOK) values Boxed at close to $900 million and gives it access to about $334 million in cash.

Boxed, founded in 2013, delivers groceries and bulk items to consumers and businesses around the country. Proceeds from the transaction will be used to capitalize on the huge increase in demand for ecommerce resulting from the pandemic. Existing investors in Boxed are rolling over their investments into the new public company.

Seven Oaks looked at acquiring about 70 companies over the past six months. Ultimately it chose Boxed because of the way the company utilizes software and robotics in its fulfillment centers.

Profitability has eluded Boxed, but Seven Oaks believes its software, advertising, and delivery services will help it attain profitability in the coming years. While Boxed’s sales growth is lower than at the start of the pandemic, the firm does expect to continue adding customers. The company is also betting that deliveries to businesses will be more profitable than to households. Sales to customers such as United Airlines (UAL) fell by half during the pandemic, but this arm of Boxed’s business is beginning to grow again.

Boxed is also facing intense competition from the likes of Instacart, DoorDash (DASH), and Uber (UBER), which could hurt its growth prospects. Instacart is also going after deliveries to businesses, and recently launched a thirty-minute delivery service. Meanwhile, Uber Eats is starting to distribute products other than food. Most of Boxed’s rivals have also struggled to reach profitability due to high to labor and shipping costs. It is not clear if Boxed will fare any better.

Now that Boxed is a public company, investors will be eager to see if its software, technology, and push into the business market will be enough to stave off competition in the delivery space.

The rise in cryptocurrency prices began Sunday when Musk tweeted that Tesla would resume accepting bitcoins as payment once it can confirm that miners are using 50% clean energy. Mining for crypto requires massive amounts of fuel. Tesla cited this as the reason why it decided to stop accepting bitcoin in the spring.

Tesla is not alone in voicing concerns about the environmental impact of Bitcoin mining. Governments around the world are also taking action. China’s Inner Mongolia region, a hub for Bitcoin mining, wants to put more restrictions on companies and individuals involved in crypto mining. Meanwhile, Iran has a ban on Bitcoin mining from May until mid-September. The country said crypto mining contributed to recent blackouts in Tehran and other large cities.

For a deeper dive, visit How Much Energy Does Mining a Bitcoin Consume?

Crypto Provides a Way to Diversify

Bitcoin’s recent gains were also linked to comments from billionaire hedge fund manager, Paul Tudor Jones. During an interview, the investor said he saw the cryptocurrency as a way to diversify his portfolio, revealing that 5% of his investments are in the digital token. Last spring, Tudor held close to 2% of his assets in bitcoin. With some predictions that inflation will continue beyond 2021, investors have grown more interested in crypto.

Bitcoin has been on a wild ride in recent months, with surges followed by steep declines. With the market seemingly hanging onto every word or Tweet uttered by high-profile backers, investors should be prepared for more tumultuous times ahead.

"Automating finances can not only be a smart money move, it could also help alleviate some of the stress surrounding payment deadlines."

Investing in an Initial Public Offering (IPO) involves substantial risk, including the risk of loss. Further, there are a variety of risk factors to consider when investing in an IPO, including but not limited to, unproven management, significant debt, and lack of operating history. For a comprehensive discussion of these risks please refer to SoFi Securities’ IPO Risk Disclosure Statement. IPOs offered through SoFi Securities are not a recommendation and investors should carefully read the offering prospectus to determine whether an offering is consistent with their investment objectives, risk tolerance, and financial situation.
New offerings generally have high demand and there are a limited number of shares available for distribution to participants. Many customers may not be allocated shares and share allocations may be significantly smaller than the shares requested in the customer’s initial offer (Indication of Interest). For SoFi’s allocation procedures please refer to IPO Allocation Procedures.