Oat Milk’s Day in the Spotlight

Oatly (OTLY), the trendy milk alternative company, raised $1.4 billion in its public debut yesterday. The Swedish company has been making oat-based milk products for nearly three decades, but its recent success in the US market has propelled it to a $10 billion valuation.

As of the end of 2020, Oatly’s products are available in 8,500 stores and 10,000 coffee shops in the US. Sales increased 106.5% year-over-year in 2020. Last summer the plant-based food company raised $200 million in venture funding led by Blackstone (BX). The round also included participation from celebrities Oprah Winfrey, Natalie Portman, and former Starbucks (SBUX) CEO Howard Schultz.

The Evolution of Oatly

Oatly was founded in 1994 by brothers Rickard and Björn Öste, who started out researching milk alternatives for lactose intolerant people. The company served that core market for years until Toni Petersson came on as CEO in 2014. He rebranded the company and set his sights on the US at a time when the milk alternative market was growing.

In order to resonate with consumers in the US, Oatly overhauled its branding and logos and changed its packaging from Swedish to English. Under Petersson’s lead, the company also commissioned a study which found that oat-based milk products took about 60% less energy to produce and required 79% less land usage compared to traditional dairy products. This information was helpful to Oatly as it courted environmentally conscious consumers.

From Coffee Shops to Grocery Stores

Oatly knew that convincing US consumers to try oat milk would be a challenge. The company began by connecting with baristas at high-end coffee shops in New York City. Oatly sent representatives to these coffee shops with oat milk samples, hoping they could convince shops to buy their products and encourage baristas to recommend the milk alternative to their customers. This strategy paid off. By the end of 2017, Oatly’s oat milk was in 650 coffee houses.

This marketing tactic helped Americans become familiar with oat milk. By creating product recognition, Oatly was able to successfully sell its oat milk in grocery stores for consumers to use at home. Remarkably, oat milk has become the second most popular plant-based milk on the market after almond milk. A number of other brands have recently debuted their own oat milk products to compete with Oatly. Now that Oatly is a public company with $1.4 billion from its IPO, it will work to continue growing its presence in the US and around the world.

A must-see for working couples! Join Ashley Stahl as she chats with a SoFi member married couple about how they successfully make it work when it comes to managing—and thriving in—their careers. For May's month of Grow Together, SoFi is here to help you take the next step in your personal or professional life. Reserve your seat in the SoFi app! 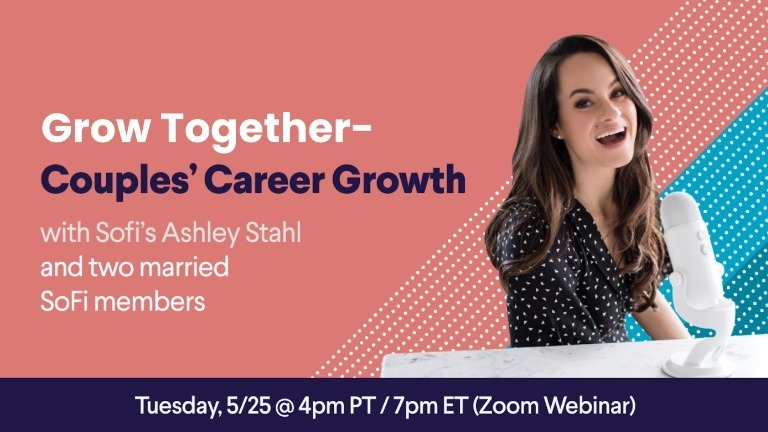 Pay-Per-View Gets an Overhaul

Facebook (FB) is gearing up to turn its live online events platform into a pay-per-view service which will help sports teams make money by broadcasting their games online.

The social media giant is targeting sports companies, high school sports teams, and smaller sports leagues with the new pay-per-view service. Viewers will be able to pay for virtual tickets through Facebook’s live streaming platform and then watch the live event. It will be similar to how viewers might pay to watch a live boxing match on cable.

Facebook’s Plans for its Platform

Facebook’s foray into pay-per-view events is in its early stages. Facebook launched paid online events last August and the service is now available in 44 markets across the globe. Through the platform, users request permission to host an event and then after Facebook conducts an integrity check it usually approves the request. The system can be used to host live streams, classes, gaming tournaments, and more.

Facebook is now working to attract people who will use the service for live sports. So far these efforts have been successful. March for Challenge Miami, a professional triathlon event, sold tickets on the Facebook platform for $2.99 each. More than 17,000 people viewed the event.

Pricing for the New Service

Facebook is not currently taking a cut of the revenue content creators make from selling tickets on its platform. But that grace period ends in August, unless Facebook decides to extend it. The company plans to provide an update on fees in the next few weeks. Facebook might also begin putting ads on the platform, though it has not yet announced plans to do so.

Facebook’s new pay-per-view service is still in its infancy and the company is still working to determine what it will look like in its final form. As pandemic restrictions ease, there are many unanswered questions about the future of virtual entertainment. Facebook is making a bet that consumers will still be eager to stream events and sports at home—even when in-person entertainment options are available.

Beta Technologies, an electric vertical aircraft startup, raised $368 million in a round of fundraising led by Fidelity and Amazon’s (AMZN) Climate Fund. The Series A round, which was oversubscribed, gives Beta Technologies a $1.4 billion valuation.

Beta Technologies’ electric vertical aircraft can carry 1,500 pounds of cargo and up to six people. The vehicles take off like a helicopter and operate like a plane once they are in flight. These vehicles could be used in the healthcare industry, for ecommerce delivery, and for passenger travel. The company will use its fresh funding to further develop its technology and to construct manufacturing facilities. Looking ahead, Beta Technologies plans to seek FAA certification for its aircraft.

Klaviyo, an email marketing startup, raised $320 million in funding led by new investor Sands Capital. The Series D round also included participation from Counterpoint Global, Whale Rock Capital Management, ClearBridge Investments, and Lone Pine Capital, among others. Klaviyo is now valued at $9.15 billion. Business is booming with the company more than doubling its customer count over the past 12 months.

Klaviyo’s AI and machine learning email marketing platform generates audience insights and automates email, advertising, and marketing campaigns. Funding will be used for product development, marketing, and expansion into new markets and verticals. Klaviyo added 800 employees to its roster during 2020 and plans to hire an additional 500 this year.

The company operates a cloud-based commerce platform which offers a range of payment acceptance and merchant commerce services. Pine Labs has more than 150,000 merchants on its platform. It recently launched a “buy now, pay later” feature in Malaysia, which it plans to introduce to new markets in Southeast Asia. Pine Labs will use its new capital to expand its online payments gateway.

“When you talk with a variety of people, you are not only building a more diverse network, but you are gaining access to different perspectives, opinions, and cultures.”