Today, the March Empire State Index will be released, which tracks business activity in New York State. In February it rose to 12.1 which was the highest level of activity seen since July.

Tomorrow, look for January business inventories, the February Import Price Index, February industrial production, February capacity utilization, and February retail sales. Fueled by a round of $600 stimulus checks, retail sales climbed by 5.3% in January. As the Federal Government began distributing an additional round of stimulus over the weekend, many are hoping for a similar boost for the economy this month. The two day Federal Reserve policy meeting also begins today.

On Wednesday, February building permits and February housing starts will be published. Housing starts fell by 6% in January, which was a higher than expected drop. Federal Reserve Chair Jerome Powell will also hold a press conference after the Central Bank’s policy meeting ends. Wall Street will be watching for commentary surrounding rising rates, valuations, and inflation.

There are no major reports scheduled on Friday.

Tomorrow, look out for an earnings report from Volkswagen AG (VWAGY). The German automaker is investing heavily in EV production with the goal of selling 70% battery-powered cars in Europe by 2030. Tesla (TSLA) plans to open a manufacturing plant in Germany this summer, so Volkswagen and other German carmakers are scaling up their EV operations.

Lennar Corp (LEN) is also scheduled to report earnings Tuesday. The Florida-based home construction and real estate company beat earnings with its last two reports. Interest rates have ticked upward in recent weeks and investors are curious to see what this will mean for the residential real estate market.

Williams-Sonoma (WSM) is scheduled to report earnings Wednesday. The furniture and kitchenware company, which also owns West Elm and Pottery Barn, has seen a jump in sales during the pandemic. People have turned to the retailer as they have purchased new houses and have set up home offices. But the company faces increasing competition from furniture sellers specializing in ecommerce, like Wayfair (W).

Nike (NKE) hands in its report card on Thursday. Nike has continued to see strong sales during the pandemic as people have turned to the retailer to buy at-home workout gear and comfortable clothes for spending time at home. The brand consistently maintains its ability to notice and create trends, helping it stay ahead of competitors like Lululemon (LULU).

Lastly, Carnival Corp (CCL) is also scheduled to report earnings Thursday. The cruise line recently announced that it will extend its suspension of US cruises until the end of May. However, by then more of the population will be vaccinated, so some are hopeful that Carnival will be able to restart operations by that date after a very difficult year.

Check out our free virtual events featuring top Upskill and Reskill trends, plus another episode of Your Next Dollar. Join us live on LinkedIn, Twitter, and Zoom, and be sure to register for upcoming events in the SoFi app. 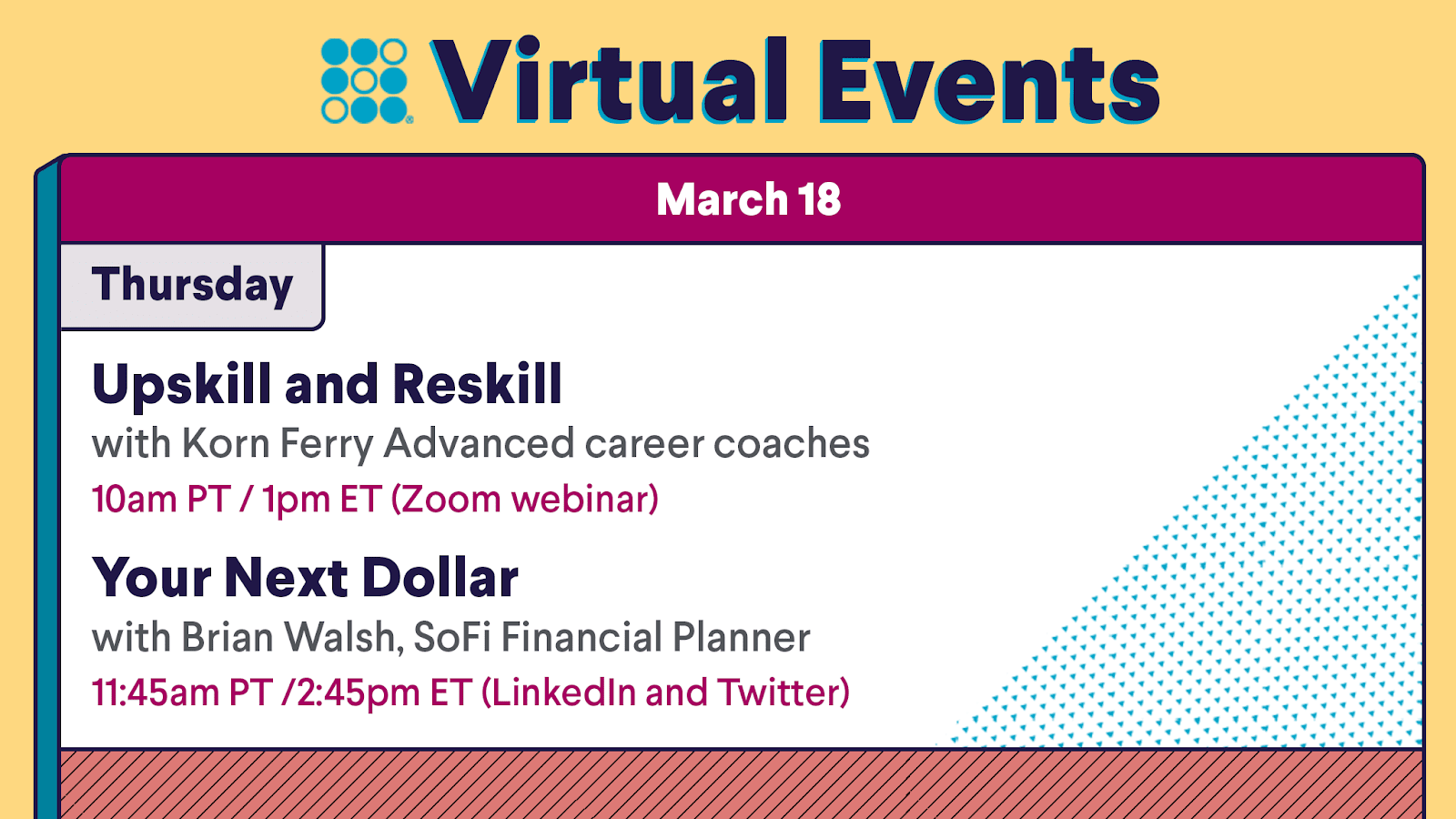 It has been just over a year since the COVID-19 pandemic altered innumerable aspects of daily life. Home sales all but dried up when the pandemic first set in. Sales of existing homes tumbled nearly 18% between March and April and an additional 10% between April and May.

Then a few months later, there was a surge in demand for houses as interest rates dropped and people looked for more space to work and social distance at home. Existing home sales soared almost 21% in June.

The spike in demand for housing came at a time when the supply of homes was fairly low. The homebuilding industry was still recovering from being battered by the Great Recession. Many people who already owned homes were reluctant to sell. This caused home prices to climb.

In January 2021, home prices were up more than 10% year over year. In some parts of the country, such as Seattle, Phoenix, and San Diego, the price jumps were even more significant. Home prices are still climbing at the fastest rate seen since 2006.

No one could have predicted how the last year unfolded for the housing market. Looking ahead, there are still many unanswered questions. Mortgage rates are ticking upward as the economy begins to reopen and financial stimulus has been passed.

Last week’s employment report showed that jobless claims were the lowest they have been in four months. A stronger labor market could mean increased demand for housing, though this could be counterbalanced by rising mortgage rates and other factors.

The Housing Market One Year into the Pandemic

Amazon (AMZN) has been quietly launching a brick-and-mortar grocery store chain over the past year. The first Amazon Fresh location opened in Los Angeles in September. As of last week, 11 Amazon Fresh stores are now in operation. The company plans to open at least 28 more, from Sacramento to Philadelphia.

Over the past year, traditional stores like Walmart (WMT) and Target (TGT), along with Amazon have rushed to fill demand for online grocery shopping. Though many consumers may stick to online ordering habits formed during the pandemic, brands are also making plans for when some people will want to return to shopping in-person.

Amazon has been working to capture part of the $900 billion US grocery market for some time. The company acquired the grocer Whole Foods for $13.7 billion in 2017. Amazon had hoped to grow the chain and make it more accessible to everyday shoppers by lowering prices and offering online ordering.

However, Amazon has faced stumbling blocks in its efforts to reinvent Whole Foods. Even during the pandemic-induced boom for most grocery chains, Whole Foods has struggled to appeal to mainstream shoppers. Amazon sees Amazon Fresh as a way to achieve what it has not yet been able to do with Whole Foods.

Amazon is also developing cashierless technology which it may introduce at its Amazon Fresh locations in the near future. The company currently uses this technology at its smaller Amazon Go convenience stores, which consists of cameras, sensors, and computer vision which allows customers to put items in a cart and then walk out as their credit cards are charged automatically.

Amazon Fresh stores are much larger than Amazon Go stores, so it could be some time before the technology is ready to be scaled up. But if Amazon is able to roll out this system at its grocery stores, this could be a useful way for the company to gain ground in a competitive industry.

“Waiting until the end of the month to check in on accounts leaves consumers at risk for excess spending and potentially overdrawing a checking account or having a higher credit card bill than they anticipated. Checking in once a week leaves time to self correct and adjust the budget to help balance the numbers.”