Roblox (RBLX), the video game platform, made its public debut yesterday through a direct listing. Shares were up about 54.4% at the end of the trading session.

A direct listing means that a company sells its shares without the help of an investment bank or other underwriter. This strategy is less expensive, but sometimes riskier than a traditional IPO. Slack (WORK), Spotify (SPOT), and Palantir (PLTR) are a few other companies which have chosen to go public through direct listings over the past few years.

Roblox is a free platform offering tens of millions of multiplayer video games. These games are created by players with tools provided by the company.

Roblox generates most of its revenue by selling “Robux,” a virtual currency which players can use to buy perks within games—everything from virtual pets to vehicles to accessories can be purchased. Roblox also offers a subscription service through which users can buy monthly allotments of Robux at a discount.

Last year, Roblox’s revenue was $923.9 million—up from $508 million in 2019. The company also posted a loss of $253 million in 2020, which is up from $71 million the year before. Demand for video games has boomed during the pandemic as people have looked for ways to pass time at home. Roblox had about 33 million daily users last year. More than half of those users are under the age of 13.

Roblox does not expect business to slow down as more people receive COVID-19 vaccinations and more in-person activities begin to take place. The company predicts that its revenue will climb between 56% and 64% in 2021. It also expects its daily user count to rise as high as 36.4 million thanks to recent efforts to attract older players and players in Europe and Asia.

Find Out How Much it Would Cost to Update Your Home

Do you know what to expect out of your home renovation or remodel? Our home improvement cost calculator can help give you an idea of how much your project will cost so you can better plan your budget. Simply select your type of project and enter in some specifics to get started. 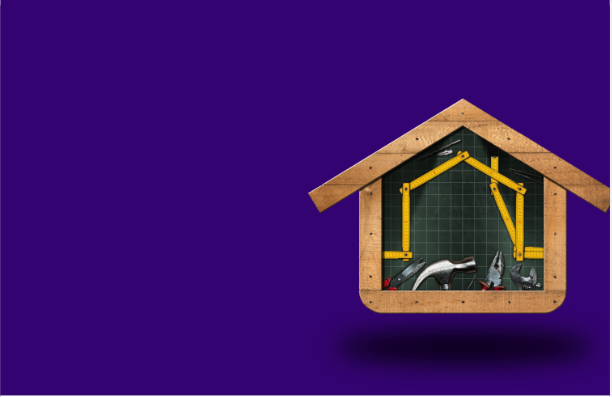 General Electric (GE) has agreed to shed the largest remaining piece of GE Capital. The company is merging its jet-leasing unit called GE Capital Aviation Services with AerCap Holdings (AER) in a deal worth over $30 billion.

This is one of the largest parts of the company’s multiyear restricting plan to date. It has already sold its biotech business, its light bulb sector, and a majority stake in its oil field services business.

GE will receive roughly $24 billion in cash and a 46% stake in the new combined company. The new company will lease more than 2,000 aircraft. GE will receive another $1 billion when the transaction closes, which is expected to happen in nine to 12 months.

With the proceeds from the deal, GE plans to pay off debts and integrate the rest of GE Capital into the company’s corporate structures. GE will focus on manufacturing power turbines, jet engines, wind turbines, and hospital equipment. “This really does mark the transformation of GE into a more focused, simpler, stronger company,” said GE’s CEO, Larry Culp.

GE’s board has also advised the company to perform a 1-for-8 reverse stock split. This will reduce the amount of outstanding GE stock from about 8.8 billion to 1.1 billion.

Travel search engine KAYAK (BKNG) is building an app aimed at helping independent hotel owners offer digital services to compete with their larger rivals. Through the KAYAK app, guests at independent hotels will be able to check in, lock their rooms, request food or fresh towels, and more.

Hotel giants like Hilton (HLT) and Marriott (MAR) have apps with the features that KAYAK’s app will offer. But until now, most small, independent hotels have not had the resources to build these kinds of systems in-house.

Rolling Out the App in Miami

Millions of people already have the KAYAK app on their phones for booking travel. Now they will be able to use it for other purposes once they arrive at their destinations.

KAYAK will first roll out the app at the KAYAK Miami Beach hotel—a rebranded property which is reopening after being shuttered for about a year. Life House, a boutique hotel operator partnering with KAYAK, will manage the art-deco style property. As it prepares to launch the system in Miami, KAYAK is also exploring partnerships with other hotels in locations from Los Angeles to Berlin.

The travel industry has been battered by the pandemic, but now companies are beginning to make plans for a future when customers may feel comfortable returning to their pre-pandemic habits. Recently, a number of travel companies have been trying to expand beyond their normal operations through acquisitions and new initiatives.

For example, Airbnb (ABNB) has started listing hotel rooms on its site and it purchased the hotel-booking platform HotelTonight. Meanwhile, Marriott has made moves into the short term rental business. KAYAK’s entry into the hotel operations sphere is another example of this trend.

“When budgeting for a remodel, it can be helpful to have a dedicated fund for renovation expenses. This can help you streamline your savings approach and portion of the appropriate amount of money so you’re prepared.”

SoFi loans are originated by SoFi Lending Corp (dba SoFi) or an affiliate, a lender licensed by the Department of Business Oversight under the California Financing Law, license #6054612; NMLS #1121636 (www.nmlsconsumeraccess.org). Loans may not be available in all states, such as MS. For additional product-specific legal and licensing information, see SoFi.com/legal.

SoFi Lending Corp. or an affiliate values your privacy and the security of your personal information so please do not include your social security number in any email or letter that you send to us.