Boeing Is Back in the Spotlight

Over the weekend, a United Airlines (UAL) flight from Denver to Honolulu landed 25 minutes after takeoff because its right engine failed. No passengers or crew members were injured. The aircraft was a Boeing (BA) 777-200 with an engine manufactured by Pratt & Whitney, a division of Raytheon Technologies (RTX)

Boeing issued an announcement asking airlines to stop flying these planes until further notice. The Federal Aviation Administration is currently in the process of conducting a safety inspection of the aircraft.

Few Airplanes Will Be Impacted by Investigation

There are 127 777s with Pratt & Whitney engines in operation, and United is the only airline in the US using the aircraft. They are also used by Japan Airlines, Korean Air, and other international air carriers.

This plane model is a wide-body aircraft used for long flights. Because demand for international travel has been reduced due to the COVID-19 pandemic, Boeing says many of the 777s were not in service at the time of the engine failure. Though this investigation has caused bad publicity for Boeing, the number of planes and airlines being impacted is fairly small.

The Impact on Boeing, and Other Stocks

Boeing shares are up 2% for the year but were down 1.8% at market close yesterday. Boeing’s stock is down nearly 50% since March 2019, when a second 737 MAX airplane was involved in a fatal crash, and the model was grounded around the world.

Raytheon Technologies stock also dropped since news of the engine failure, though United’s stock has climbed slightly. Investors will be eager to see how the FAA investigation unfolds and what that will mean for these companies.

Check Your Rate on a Student Loan Refinance, Get $10. Terms Apply.

Don’t let student loans slow you down. Take advantage of SoFi’s low rates to save thousands and pay down your loan sooner. Log in to check your rate. 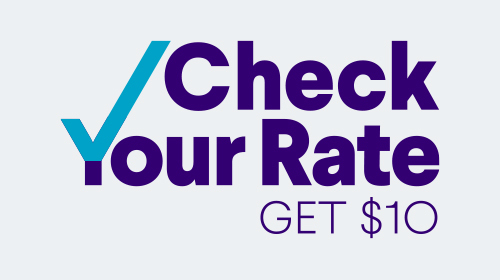 French luxury goods conglomerate LVMH (LVMUY) and rapper and businessman Jay-Z are working together in the champagne business. LVMH has purchased a 50% stake in Jay-Z’s champagne brand, Armand de Brignac. Financial details of the deal have not yet been disclosed.

The deal has advantages for both parties. LVMH, which is currently the largest champagne producer in the world, will be able to build a relationship with younger, more diverse consumers. Armand de Brignac, which is famous for its metallic bottles which cost hundreds of dollars each, will be able to take advantage of LVMH’s global distribution networks.

Champagne sales have fizzled over the past year because fewer weddings and other celebrations have taken place. LVMH, which owns a number of famous Champagne brands including Veuve Clicquot and Dom Pérignon saw sales of the wine drop 20%.

Meanwhile Jay-Z’s brand has seen growth. In discussing the deal with LVMH, Jay-Z, born Shawn Carter, said, “We were working really hard to maintain a brand that was growing faster than the staff we had and bigger than some of the expertise we had. We’d been in this 15 years, not a hundred.”

In addition to Jay-Z’s deal with LVMH, there have been a number of other collaborations between recording artists and the luxury goods industry recently. For example, rapper Gucci Mane and the Italian fashion company Gucci have created a collection together. Rapper A$AP Rocky has been a model for Dior, which is owned by LVMH.

Rihanna launched a number of brands with LVMH in recent years. Her Fenty fashion label was recently discontinued, but she is still partnering with LVMH for her Savage X Fenty lingerie line and two cosmetics lines. Jay-Z says he hopes to partner with LVMH on other luxury goods products in the future.

Shares of small companies are outperforming those of larger companies as investors bet that stimulus measures and COVID-19 vaccine rollout will jumpstart the US economy. Small companies are more dependent on the health of the domestic economy than their larger counterparts, which bring in more international revenue.

The Russell 2000 Index of small cap companies has surged 15% this year while the S&P 500 has seen 4% growth. This is the largest difference between the two indexes seen in more than two decades. For context, the term “small cap” refers to companies with smaller market capitalization, which is the valuation of its outstanding shares. Small cap companies generally are those with a market capitalization of $300 million to $2 billion.

Gains for Plug, Red Robin, and Others

Among the small cap companies seeing growth are hydrogen fuel-cell company Plug Power (PLUG), burger chain Red Robin (RRGB), and retailer Macy’s (M). Shares of each of these companies have climbed at least 30% in 2021 and have more than doubled over the past six months.

Over the past decade, large, international technology companies have been responsible for much of the market’s growth. But now investors are looking at smaller, domestic-focused companies which they believe will see gains in the coming months.

Additionally, investors have also been putting tens of billions of dollars into mutual funds and exchange-traded funds recently. Some of this money goes into small-cap funds like the iShares Russell 2000 ETF (IWM).

Though a number of signs point to growth for small cap companies, this is not a sure thing. Many small companies are more vulnerable to COVID-19-related restrictions. Though vaccine rollout is underway, these companies are not out of the woods yet.

“While refinancing your federal student loans will eliminate you from federal protections and benefits, it’s worth noting that some private lenders offer their own benefits and protections.”

Get a $10 gift card when you check your rate for a Student Loan Refinance offered by SoFi Lending Corp. or an affiliate No purchase necessary. Void where prohibited by state law. SoFi reserves the right to modify or discontinue at any time without notice. See full terms & conditions for details at https://www.sofi.com/refinance-student-loan/#get10. CFL#6054612, NMLS#1121636. † Checking your rate will not affect your credit score: If you later decide to submit an application and agree to a hard credit pull your credit score may be impacted.