Register for weekly member events in the app

There are no economic data reports scheduled today.

December job openings and the January NFIB Small Business Index will be released tomorrow, which tracks the health of small businesses in the US. The index declined in December as COVID-19 cases spiked in many parts of the country and small businesses had to operate under more stringent restrictions.

Initial jobless claims will be released on Thursday. Last week, claims fell to 779,000. Though unemployment is still far higher than pre-pandemic levels, this was the third straight week of declines—a sign that the labor market is moving in the right direction.

Finally, the preliminary February Consumer Sentiment Index will come out on Friday. This metric tracks how average people are feeling about the health of the economy. This metric fell in January as consumers worried about political instability and slower-than-expected vaccine rollout efforts.

Today look for an earnings report from Take-Two Interactive Software (TTWO), the video game holding company which owns big names like Borderlands, Grand Theft Auto, Red Dead Redemption, and NBA. Video game sales have surged during the pandemic as people look for ways to pass the time at home. Additionally, video game developers are adding new ways for players to spend money within games with virtual currency and add-ons.

Tomorrow Twitter (TWTR) will report its earnings. The social media platform made headlines last quarter after it suspended former President Donald Trump’s account. Twitter has also been working to grow its advertising revenue. Investors will be eager to see how these factors have impacted the company’s bottom line.

On Thursday Disney (DIS) will release its earnings. The media giant’s fiscal 2020 revenue declined by 6% as a result of movie theater closures, cruise cancelations, and park restrictions. But the company’s streaming services, which include Disney+ and Hulu, continue to be a bright spot. Additionally, some analysts expect that when more people have access to COVID-19 vaccines, businesses at Disney parks will surge because of pent-up demand.

On Friday Dominion Energy (D), the Virginia-based power and energy company, will share its latest results. The company beat expectations with its last two earnings reports, but its shares fell 9.2% over the course of 2020.

Valentine's Day is coming up, and we’ve got the events to prove it. Join us this week for red wine tasting, solo and couples yoga, a webinar on making yourself indispensable, and more. Reserve your seat in the SoFi app. 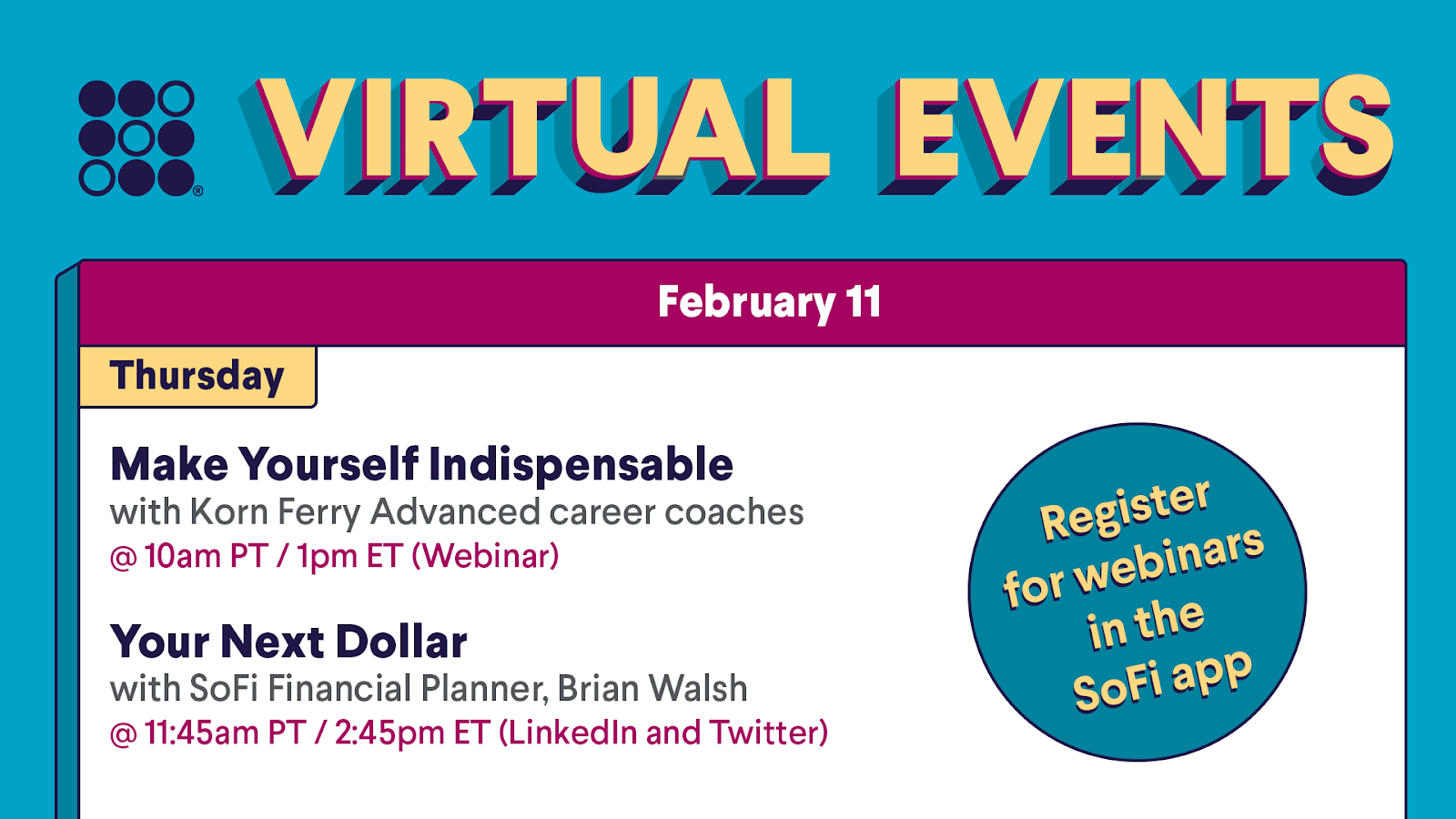 How Retail Traders Can Prepare for Tax Day

Income From Investments Is Taxed Differently Than Wages

Retail trading has surged during the pandemic. The brokerage industry saw more than 10 million new retail accounts added in 2020. As tax season approaches, there are a few important things for first-time traders to know.

Earnings from investments are taxed differently than wages or gig income. Some of these differences have advantages for taxpayers, and some make things more complicated. For example, investors are not required to pay Social Security or Medicare tax on income from trading. The combined total of these taxes can be up to 15.3%. However, there is no tax withholding on income from investments. With wages, often an employer sends a part of a person’s paycheck to the IRS, but this does not happen with investment earnings. This means that traders need to plan ahead and make sure they have money set aside for taxes on their investment earnings.

Capital Gains and Offsetting Other Earnings

Traders who keep investments for over a year before selling can qualify for lower tax rates on their profits, known as capital gains. Most retail traders turn over investments more quickly, so their gains and losses are designated as “short term,” and are taxed at a higher rate. This rate can range from 10% to 37%. There is also a 3.8% surcharge for higher levels of earnings. In some states there will also be additional state taxes.

For people who have seen losses from retail trading this year or last year, there are ways to use these losses to offset other earnings. Depending on the circumstances, up to $3,000 in unused losses can be used to offset other income, like wages.

For people who are new to retail trading, or who have made different types of investments this year because of unique market conditions, it is a good idea to consult a tax professional. A little planning and advice now could save time, money, and hassle down the road.

Tell IRS to Direct Deposit your Refund to SoFi Money®

Filing your taxes? Remember to use your new SoFi Money® routing number. Find it in the Money tab of the SoFi app under “More.” 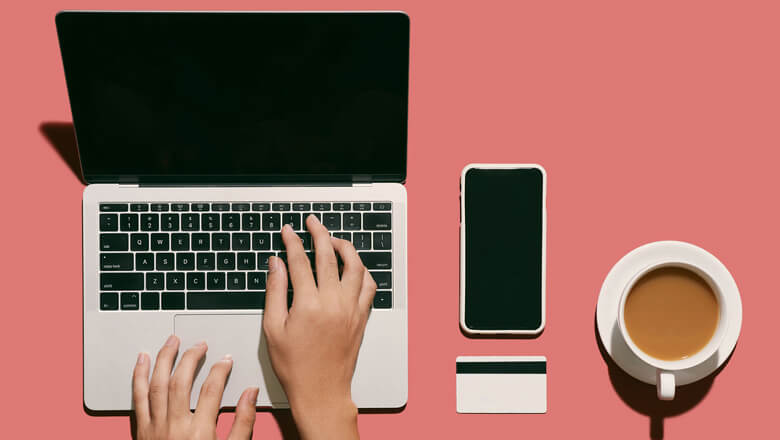 Ford (F) is investing heavily in digital technology as it works to catch up with Tesla (TSLA) and General Motors (GM). Ford plans to invest $22 billion in electric and digitized vehicles over the next five years. This could include investments in battery production, something GM is working on currently with the South Korean company LG Chem . Ford also announced plans to spend $7 billion on autonomous vehicle research and development.

These big initiatives have garnered praise from Ford’s investors and have lifted the company’s share price. But the company could face some bumps along the road as it pursues these projects.

A semiconductor shortage around the world is hampering electronics makers as well as car companies. Demand for chips has surged over the past year as consumers have purchased more laptops, 5G phones, and other products powered by semiconductors. Manufacturing delays and supply chain difficulties resulting from the pandemic have added to the shortage.

Because of the lack of available semiconductors, Ford announced last week that it will curb production of its F-150 pickup truck, which is Ford’s most profitable vehicle. Analysts expect that the drop in production could cause Ford’s bottom line to fall by $1 billion to $2.5 billion this year.

Ford is not alone in struggling with the semiconductor shortage. General Motors announced it will halt production at three North American factories for a week because it does not have access to enough semiconductors.

Competition in the Autonomous Driving Sphere

Ford will also face significant competition as it works to break into the EV market and the autonomous driving sphere. The auto industry has been buzzing recently about discussions between Kia and Apple (AAPL) about a potential partnership.

The two companies are talking about an agreement through which Kia would manufacture an Apple-branded autonomous vehicle called the “Apple Car.” If a deal is reached, production of the vehicles could begin as soon as 2024. However, nothing is set in stone. As changes unfold in the auto industry, Ford is putting its foot on the gas in order to make sure it stays relevant.

"What’s one easy way to make saving money a regular habit? By paying yourself first. Within a few days of that paycheck hitting an account, a saver could transfer a percentage of that money directly into their savings."