Do the math to see if now is the time to refinance and save.

On Tuesday Amazon (AMZN) announced that Andy Jassy, who currently heads Amazon’s cloud unit AWS, will succeed Jeff Bezos as the company’s CEO. The 53-year-old Harvard Business School graduate will lead one of the world’s largest tech companies and retailers beginning in the third quarter of 2021.

Jassy has helped Amazon become a leader in the cloud computing space over the past 15 years. Amazon’s choice to make Jassy its CEO is a sign that cloud computing is becoming an increasingly important part of the tech industry. “With Andy Jassy in charge of all of Amazon, it shows how the company wants to bring that DNA at the core of AWS to all of Amazon,” said Rishi Jaluria, Analyst at D.A. Davidson & Co.

Cloud computing essentially means renting servers and software to customers. Demand for cloud computing is booming and analysts expect the market could be worth over $300 billion this year.

A wide variety of industries, from video games makers to car companies, have turned to the cloud in recent years. The pandemic, and the subsequent transition to remote work and ecommerce, has caused the shift to the cloud to accelerate.

Amazon and other cloud service providers give companies cloud-based tools to collect data about their products and customers. They also provide ways to analyze that information using artificial intelligence and other strategies.

Amazon Works to Stay Ahead of Competitors

During the final quarter of last year, revenue from AWS hit $12.7 billion—a 28% jump from the same period a year ago.

Amazon leads the way in cloud computing by sales. AWS controls roughly 34% of the market while Microsoft (MSFT) is in second place with a 20% market share. Google (GOOGL) is also working to gain ground in the cloud computing market. With Andy Jassy at the helm of all of Amazon, the company hopes to maintain its position as a leader in this increasingly important sector.

Refer a Friend (or Decent Acquaintance) and Earn up to $310.*

Refer a friend for a personal loan or student loan refi and BOTH get up to $310 into a SoFi Money® account. It’s the best thing to happen to friendship since those colorful bracelets. 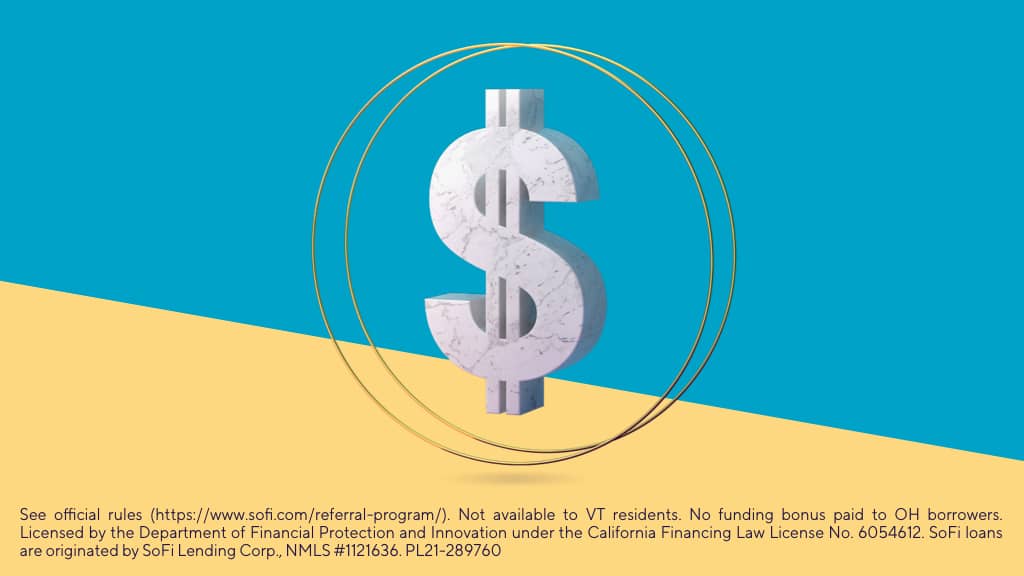 Spotify (SPOT) shared better-than-expected subscription growth data for the fourth quarter of 2020. As the pandemic wears on, an increasing amount of people are turning to audio content for entertainment while they are stuck at home. Spotify had 345 million monthly active users at the end of Q4—a 27% jump compared to the same period a year ago. Paying subscribers hit 155 million for a 24% increase from last year.

Some of this user growth was a result of Spotify offering discounted subscription plans, especially in newer markets like Russia and India. Average revenue per listener fell by 8% during last year’s fourth quarter because of this strategy.

Spotify’s user growth can also be attributed to its expanding podcast library. Spotify currently offers 2.2 million podcasts with everything from small, niche podcasts to big titles like “The Joe Rogan Experience” and “The Michelle Obama Podcast.” Though podcast listenership dipped at the beginning of the pandemic as fewer people were commuting, it has come roaring back. The amount of hours people spent listening to podcasts on Spotify nearly doubled between the last quarter of 2019 and the last quarter of 2020.

Spotify has been a leader in the podcast space recently, but it could face more intense competition in the coming months as larger companies ramp up their podcast offerings. Amazon (AMZN) recently purchased the podcast company Wondery, and Apple (AAPL) said it is looking into starting a podcast subscription service.

Spotify said it will continue to prioritize growth over profits in the coming quarters. The streaming giant has periodically seen quarterly profits, but it reported a loss of $335 million in 2020 overall.

After a year full of unexpected twists and turns, Spotify’s leadership is now wondering what lies ahead in 2021. As Spotify CEO Daniel Ek put it, “Assuming COVID is beyond us in the latter part of 2021, what’s going to happen to consumption then? Are people going to travel? What habits are changing? That’s a massive amount of uncertainty.”

P.S. Speaking of podcasts, be sure to check out the SoFi Daily podcast on our app, on Spotify, or wherever you get your podcasts.

The number of video streaming service subscribers in western Europe surpassed the number of pay-TV customers for the first time ever. 86% of these customers subscribe to US-based services like Netflix (NFLX), Amazon Prime (AMZN), and Disney+ (DIS).

In the past, Hollywood has sold its movies and shows to European broadcasters, but US streaming services are cutting out this step and reaching European consumers more directly. American streaming services are investing heavily in content specifically for Europe, as well as content that appeals to a wide array of viewers worldwide. Netflix’s global content budget was about $17 billion in 2020—nearly eight times the BBC’s TV budget.

The Little Platform That Could

Despite US streaming giants’ success in most of Europe, one Sweden-based platform called Nent, is holding its own. Nent provides premium sports as well as original shows and movies. Its customer base is concentrated in Sweden, Denmark, Finland, and Norway.

Nent is the second most popular streaming platform in Scandinavia by subscriber numbers. It has about 3 million subscribers in the region while Netflix has 4.2 million. But Nent generates more revenue than Netflix or any other foreign streaming service in Scandinavia because of its higher-priced sports packages.

Nent’s success at home has been impressive. Now it is making plans to expand around the globe. The company is in the process of raising equity to launch in the Baltics and Poland.

Nent plans to make its debut in the US in 2022. American streaming services, which so far have dominated international competitors, will be anxious to see how Nent performs on a global stage.

"One place to begin when striving to nurture good financial habits is to write out individual money goals. Financial goals can serve as 'external' guideposts for kickstarting (and then sticking with) new habits."

*Please note that any friend whom you’d like to refer must use your specific product referral link in accordance with the terms and conditions associated with the specific promotional campaign for that link. Note you have separate referral links for (1) Personal Loans and Student Loans, (2) Money, and (3) Invest products. Only one referral reward and one welcome bonus per new customer. You will not receive multiple referral bonuses for the same friend taking out multiple loans or products, nor will your friend receive multiple welcome bonuses for taking out multiple loans or products. SoFi mortgages are never eligible for the SoFi Referral Program. Additional terms and conditions apply.