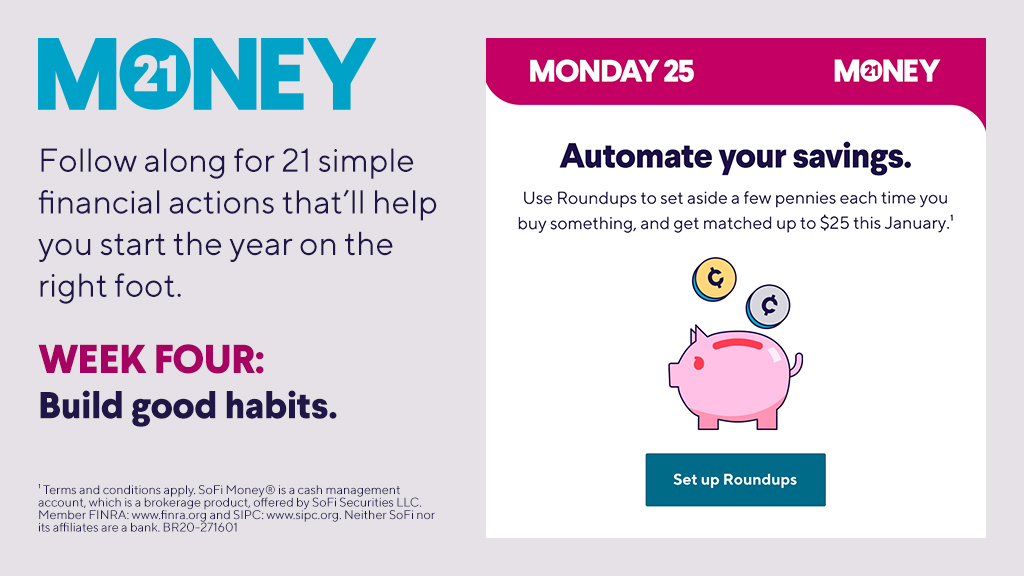 No data is scheduled for release today.

December’s durable goods orders and core capital goods orders will be published on Wednesday. There will also be an announcement from the FOMC. Jerome Powell, Chairman of the Federal Reserve, has a press conference as well.Investors will be tuning in to hear his perspective on the economy. Durable goods orders got a lift in November following a seven month rising streak. Economists are hopeful that this growth will balance out a drop in consumer spending.

On Thursday, economic data reports will include initial jobless claims, Q4 gross domestic product, December’s advance report on trade in goods, December new home sales, and December leading economic indicators. China’s GDP rose 2.3% in December, making it the only major economy in the world to see growth instead of contraction in 2020. Analysts will be eager to gain more insight about how the US economy is performing.

Today Kimberly-Clark (KMB), the paper products company which owns major brands like Kleenex, Scott, and Huggies, will report its latest results. Despite a surge in demand for toilet paper and sanitation products early in the pandemic, which boosted sales and profits, Kimberly-Clark did not perform as well as rivals like Procter & Gamble last year.

Tomorrow Microsoft Corp (MSFT) and LVMH Moet Hennessy Louis Vuitton SE (LVMHF) will both report earnings. Last week Microsoft announced they are investing $2 billion in Cruise, the autonomous vehicle company. The deal makes Microsoft the preferred cloud for Cruise and General Motors (GM). LVMH completed its purchase of Tiffany & Co. earlier this month, a merger that had been in process for over a year. Investors will be curious to see what’s next for the combined company.

On Wednesday Apple Inc (AAPL), Tesla Inc (TSLA), and Facebook Inc (FB) will report earnings. Last week Deutsche Bank published survey results that suggested US investors feel both Bitcoin and Tesla are facing a potential bubble. A majority of participants said Tesla looks vulnerable to them, and said the stock’s value is more likely to drop by half than it is to double. Meanwhile, investors will be watching for the response to Facebook’s indefinite ban on former-President Donald Trump.

On Thursday McDonald's Corp (MCD) will report earnings. The fast food giant recently announced it will release a southern-style fried chicken sandwich and many other fried chicken options, as chicken has gained in popularity in recent years.

No major earnings reports are scheduled for Friday.

If your resolution was to attend more virtual events, then now’s your chance. Join us for webinars on financial wellness, e-learning, career clarity, and more, and catch up on past events in our YouTube channel. 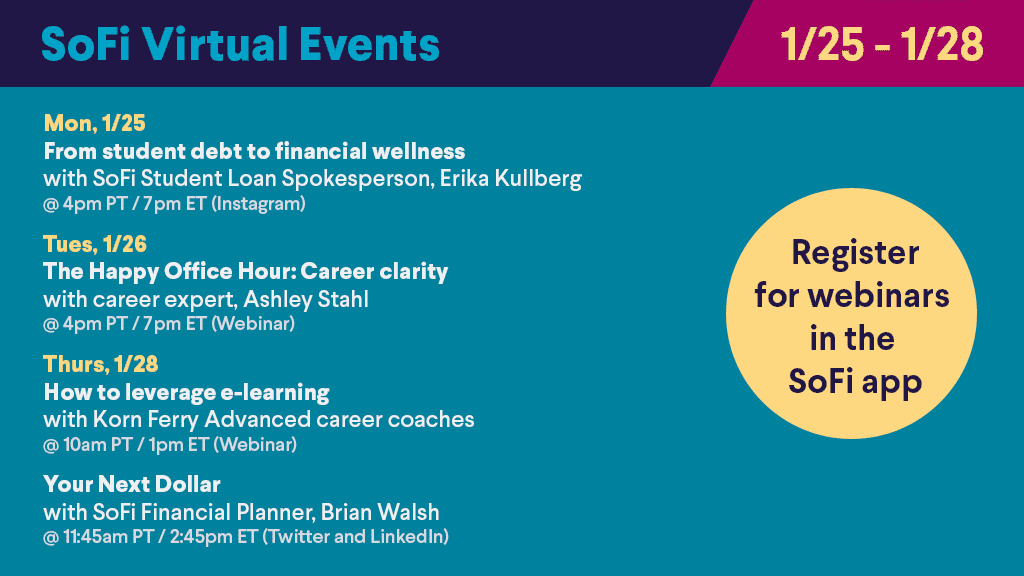 CBS All Access, the streaming platform from ViacomCBS (VIAC), is getting a makeover. The platform will be expanded and rebranded as Paramount+ on March 4. The new platform, named after the movie studio owned by ViacomCBS, will host live sports, news, movies, and television shows.

ViacomCBS hopes to get a jump on its streaming competition with Paramount+. Unlike Netflix (NFLX) or Amazon’s Prime Video (AMZN), ViacomCBS is an existing television and digital empire with decades of intellectual property at the ready.

Additionally, ViacomCBS can advertise its new platform across its many channels, which include MTV and comedy central. The company plans to use over 6,000 ad spots to spread the word about Paramount+ over the next 13 weeks.

A Marketing Push to Gain Traction in a Highly Competitive Space

In a highly competitive space helmed by the likes of Netflix, Amazon, and Disney+ (DIS), the companies behind streaming platforms have poured billions of dollars into content. As content budgets rise, so too do marketing budgets in the fight for consumers’ attention.

ViacomCBS is no exception. Leading up to the launch of Paramount+, ViacomCBS has put together a team of 17 marketing executives who oversee 65 employees who meet regularly to plan the marketing rollout for the platform.

While ViacomCBS has not disclosed how much it will spend on marketing Paramount, it is fair to expect that the company will spend at levels comparable to its competitors. Last year, Netflix spent over $2.2 billion on marketing efforts. Comcast and AT&T budgeted hundreds of millions of dollars to promote their own streaming platforms.

This Is Not ViacomCBS’ Debut in the Streaming Sphere

At the end of 2020’s third quarter, ViacomCBS had 17.9 million US subscribers across its paid streaming portfolio—a 72% increase compared to the same period in 2019. When Paramount+ launches, ViacomCBS hopes to capture even more of the market.

How to Automate Your Finances with Ro$$ Mac

Financial educator Ro$$ Mac breaks down the importance of automating your finances. Watch the video to learn about ways you can automate and how to get started. 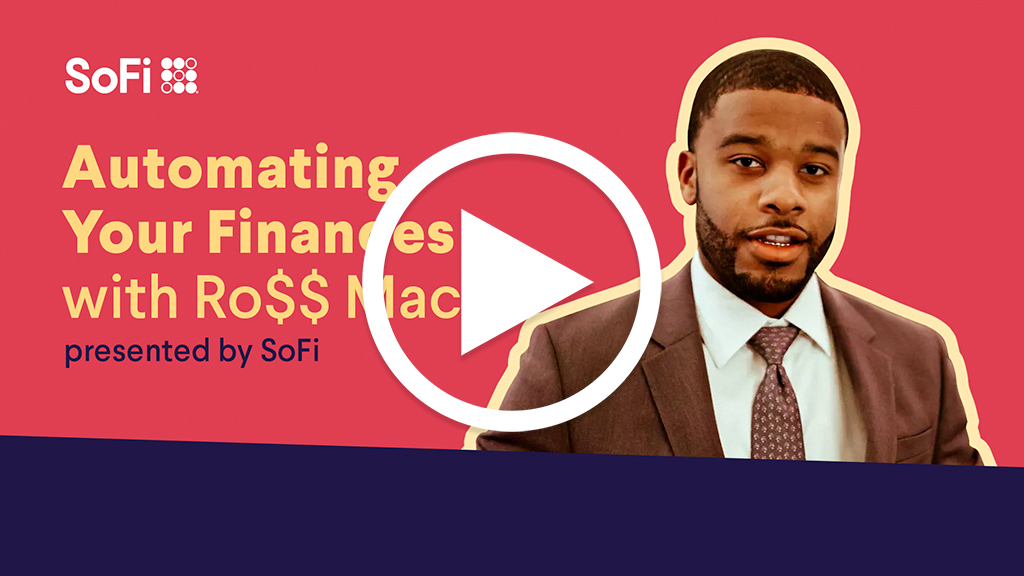 After an agricultural recession in recent years, corn, soybean, and wheat prices are currently surging. Dry weather and high demand from China have emptied American grain stockpiles, pushing grain prices up to their highest points since 2013.

Grain traders, equipment producers, and fertilizer makers are all reaping the rewards of the grain rush after several years when large harvests suppressed grain prices and kept farmers’ income low. Meanwhile, food and fuel producers are straining to pay rising corn and soybean prices. Analysts say that these patterns will likely have an impact on food prices for consumers as well.

According to US Agriculture Department predictions, corn, soybean, and wheat inventories could hit their lowest point in six years this year. That low inventory is a result of increased domestic consumer demand as the coronavirus pandemic drives more Americans to cook at home. It is also a direct result of China’s recent efforts to spur pork production and fulfill trade commitments to the United States.

Skeptics might say that a large harvest of soybeans and corn or a sudden slowdown in exports to China could drive grain prices lower again. Other analysts, however, say that if farmers are able to keep stockpile levels at a comfortable level, prices could remain high for the next two years. US farm income is forecast to surpass $119 billion in 2020, the second highest level on record, in nominal terms.

Gains Could Ripple Through Agriculture Space

Across the agricultural supply chain, businesses could profit from the surge in grain prices and farmers’ newly strong income streams. Wall Street has its eye on increased profits for Deere & Co (DE), as farmers may finally be able to purchase new tractors and other farm equipment they have long put off. As such, Deere has raised profit expectations for this year. Corteva Inc. (CTVA), a seed and pesticide supplier, could also benefit. Farmland values have also gotten a lift.

On the other hand, in the food production space, companies like Tyson Foods (TSN) and Pilgrim’s Pride (PPC) are facing rising feed costs. Economists say grain feed for livestock producers and poultry farmers could cost 27% more.

"Automating finances can not only be a smart money move, it could also help alleviate some of the stress surrounding payment deadlines."