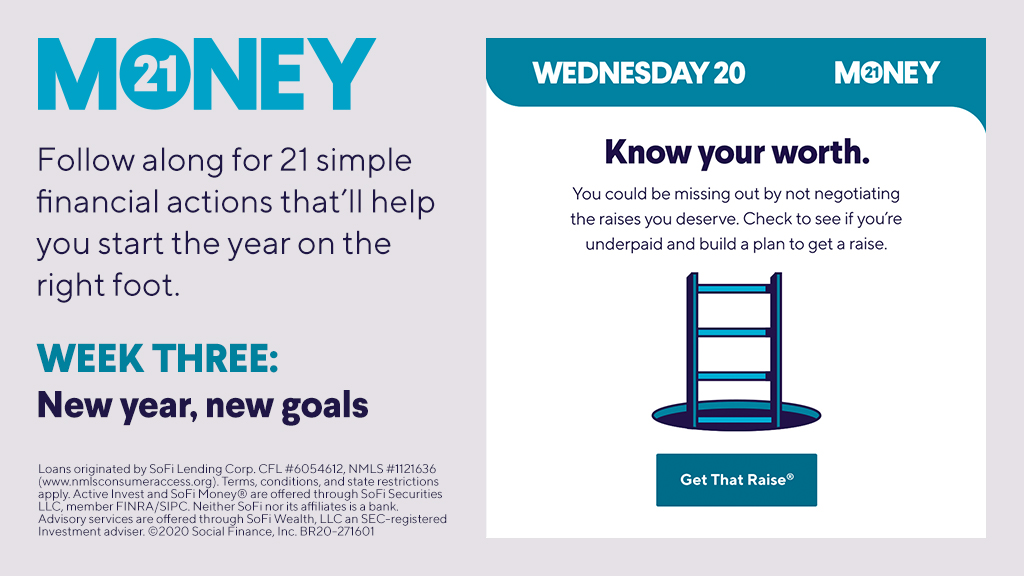 A group of McDonald’s franchises said last month that chicken “clearly is the future of fast food.” At least 10 major American fast-food chains have either recently launched or announced fried chicken sandwiches on their menus. Many chains which are better known for their burgers, like Shake Shack (SHAK) and Jack in the Box (JACK), are hoping to capitalize on the chicken-sandwich-fever that has led to success for Chick-fil-A and Popeyes Louisiana Kitchen (QSR). Competition in the chicken sandwich market has become so intense that the fast food industry is calling it the “chicken sandwich war.”

As of late 2020, American restaurant and convenience chains were selling an estimated 213 chicken sandwich varieties. That is up 22% from the year before, signaling a rise in chicken’s popularity. Take McDonald’s for instance: the restaurant’s American menu has not featured a Southern-style battered-chicken sandwich for many years, but the fast-food giant will soon launch a Crispy Chicken Sandwich with crinkle-cut potatoes and a buttered potato bun. That sandwich will join several other chicken sandwich offerings currently on the McDonald’s menu.

Chicken is Americans’ Meat of Choice

Though fast food restaurants continue to sell more beef than chicken sandwiches by roughly 3-to-1, chicken has been the most popular meat in America since 1992. Last year US consumers bought 1.4 billion more chicken patties, thighs, and the like than they did beef products.

Those trends have translated into the restaurant chain space. When Popeyes launched a chicken sandwich in 2019 customer enthusiasm caused long lines and a temporary shortage. The chain, owned by Restaurant Brands International, experienced a boom in sales that has been long-lasting. Now other restaurants are working to cash in on the trend.

The transition to chicken has driven restaurant groups to invest in new equipment. For example, the owners of Church’s Chicken say that the equipment needed to make its new chicken sandwiches costs about $3,000. Restaurants hope to see significant returns on these investments as chicken sandwiches tend to be more profitable than beef burgers.

Jumbo-size boneless, skinless chicken breast meat fell last year to its lowest price in over three decades—roughly $1.01 per pound. In August the price fell below $1, where it remained until this month. Restaurant closures and falling exports are behind the price dip, and fast-food chains aim to take advantage of this trend before demand rises and prices climb again.

Spend and We'll Match up to $25* in Roundups Savings

For a limited time, every time you spend, we’ll round up your purchase, match it, and transfer the change to one of your Vaults. Turn cents into savings with SoFi Money®. 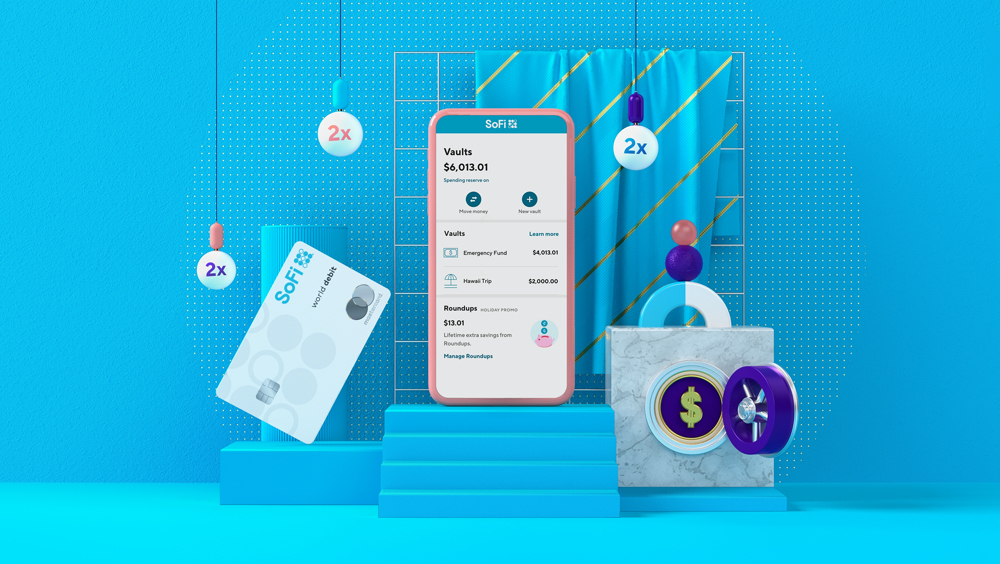 Cars Could Charge on the Go

Electric cars are becoming more and more popular, but charging logistics remain a concern for many consumers. “Range anxiety, running out of charge before reaching your destination, is one of the biggest consumer hurdles for EV adoption,” said Ram Chandrasekaran, a Principal Analyst with Wood Mackenzie.

Electric vehicle companies are experimenting with chargers that could fuel vehicles while they drive, hopefully changing attitudes about the viability of electric vehicles. The chargers would be embedded in the streets of major cities, and would deliver electricity to cars as they were in motion.

In 2017 Renault (RNSDF) led a research test with chipmaker Qualcomm (QCOM) and successfully charged a small van while it was moving at 60 miles per hour. Now Renault is part of a European Union charging project and is preparing to test its dynamic charging technology in the streets of Paris and Versailles. The group of charging projects is being funded by the EU for 15 million euros, or about $18.4 million.

Companies have not yet determined how they will make money from in-street charging, especially because the infrastructure is so expensive. Swedish commercial vehicle maker Scania (SCVA) estimates that it could cost up to $2.5 million to add charging infrastructure to one kilometer of highway.

The Pros and Cons of Dynamic Charging

Critics of dynamic charging argue that investing in the technology is simply too expensive. Since other charging methods already exist and battery prices are largely falling, dynamic charging might not be the most financially viable option.

Meanwhile, supporters say that dynamic charging will only complement other charging options. The charging system could become less costly if public and private funds can work together to deploy the technology at scale. Advocates suggest developing infrastructure first for larger vehicles like delivery trucks before including smaller, personal cars. EV consumers and investors will be eager to see how discussions about dynamic charging unfold.

Brookfield Bets on a Return to the Office

Flatt said that while there are clearly “differing views” about the future of real estate securities, he is looking to places like Shanghai, Dubai, and Australia to predict how US businesses will respond as the pandemic subsides. In these areas, where there are fewer COVID-19 cases than there are in the United States, workers have started returning to the office. Flatt believes the same will be true stateside once the pandemic is less severe.

Even before the coronavirus pandemic shut down office buildings and shopping malls, shares of Brookfield Property Partners had been falling since 2017. If Brookfield goes through with its delisting, it will exchange public shareholders for private investors who may be more committed to thinking about the company’s long term future.

Since the pandemic’s start, Brookfield has faced unique real estate challenges like tenants unable to pay rent. The firm has cut its staff, explored selling off property, and renegotiated a $6.4 billion corporate loan. Still, the firm expects its office and mall properties will bounce back, which will help it regain ground in the future.

Brookfield said it will pay $16.50 per share for the rest of its property arm which it does not own. If this plan is successful, Brookfield expects to own about 90% of its business—up from the 60% that it owns currently.

The next step for Brookfield would be restructuring its portfolio. Delisting would allow the company to do this without as much scrutiny from public investors.

“If you would prefer to attack your high-interest debt, the avalanche method is where you focus your extra money toward your more expensive debt first, again while still paying down your other debts. Whichever tactic you choose, either way, you will be focusing on eliminating debt—one loan or one credit card at a time.”

*The following describes the terms that apply to participation in the SoFi Money Holiday Roundups Match Program (“Program”) offered by SoFi Securities LLC (“SoFi”). This Program is offered solely by SoFi, and not by any named merchant or any other third party. Qualifying SoFi Money Members are opted into the Program by opting in to Roundups feature and using their SoFi Money debit card to make a purchase. Promotion Period: The Program will be available between 1/4/2020 at 12:00 AM PST and 1/31/2020 at 11:59 PM PST. Eligible Participants: Participation in the Program is open to all SoFi Members with a SoFi Money account with $500 in monthly deposits or more, or an account that was opened prior to June 9, 2020, who reside within the United States and have opted in to the Roundups feature. Eligible Transactions: All purchases using a SoFi Money debit card and posted during the Promotion Period, are eligible for Cash Back under the terms of the Program. P2P transfer transactions (e.g. Venmo/Paypal/Square) and wire transfer transactions are excluded. Cash Back Terms: For each Eligible Transaction posted during the Promotion Period, Members will receive a credit to their SoFi Money account equal to to 100% of the Roundup for that transaction, up to a maximum aggregate cap of $25 during the Promotion Period.

• Purchases of whole dollar amounts (e.g. $1.00) will not be rounded up and therefore will not receive cash back.

• Cash Back credits may post up to 5 business days after the eligible transactions are posted.

• There is a maximum aggregate cap on Cash Back bonuses of $25 per Account for this Program.

• Purchases that are made when Roundups are not enabled for an account will not receive cash back and cannot be backdated.