EU Will Take Aim at Big Tech in the Coming Weeks

The European Union is wrapping up work on new rules aimed at changing Big Tech’s business practices. Sources say the proposed rules, which are mainly focused on fostering competition and regulating content, will likely have the largest impact on Facebook (FB), Google (GOOGL), and Amazon (AMZN).

The European Commission claims the new regulations will incorporate European values into the tech landscape. Companies will need to prove that the data they gather won’t be used to push out competitors. If a company violates these antitrust rules, the EU will have the power to impose new regulations on the entire industry. The new rules also seek to standardize regulations about harmful content on the platforms. Companies will need to disclose their content ranking algorithms and commit to removing hate speech and other harmful material quickly.

Company Size Will Play a Role

The EU claimed that it does not want to single out any particular companies. However, the rules will target large tech firms like the names above more than small ones. Market share and revenue will likely drive the European’s decision around which companies are potential offenders.

The EU plans to present the new regulations in mid-December. Before the rules can take effect, they will need to be approved by each country’s government and European Parliament. Those negotiations could take several years.

US Lawsuits Could Be on the Way

The additional scrutiny of tech companies is not just limited to the European bloc. Facebook may be up against antitrust lawsuits in as many as 40 of the 50 US states as soon as next week. These lawsuits could examine Facebook’s practice of buying small-but-growing companies that could eventually become rivals, like Instagram in 2012 and WhatsApp in 2014.

The potential Facebook lawsuit would mark the second time a big tech company has faced court charges in the United States this year. In October, the Justice Department sued Google. Earlier this year, a House of Representatives committee also recommended more stringent oversight of big tech companies. It is possible that the Federal Trade Commission will follow the states’ lawsuit with a related charge.

Meet the newest member of Shane’s family and hear how a SoFi personal loan helped him meet her for the first time. 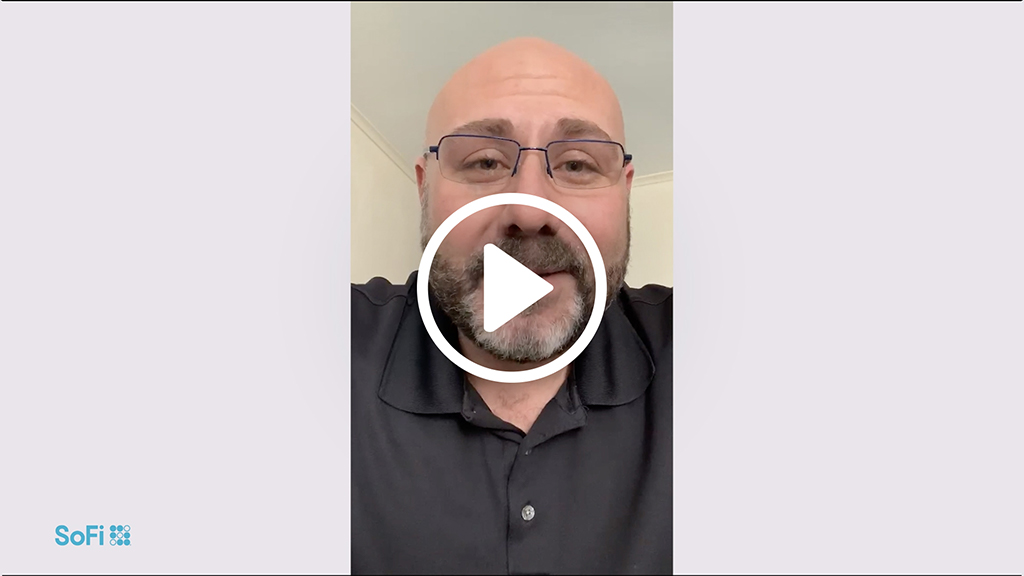 Nine months into the pandemic, some credit card users are asking themselves whether it makes sense to keep paying the annual fee on their airline-branded credit cards. Airlines are thinking about how they can hold on to credit card customers, who are an important source of cash. For years airlines have used branded credit cards to lure big spenders with perks like lounge access, flight upgrades, and increased baggage limits. Because the pandemic has caused many to fly far less than they used to, some of these perks seem irrelevant to consumers’ daily lives at the moment.

As customers downgrade to less costly credit cards, airlines have now partnered with banks to release new credit card options with hefty sign-on bonuses and no annual fees. They have also tweaked frequent flier programs to make it easier to earn points, and have upped rewards for grocery purchases. Holding on to airline credit card users is important to big banks and airlines alike. Last year, Delta (DAL) branded credit cards made up about one fifth of total credit card spending at American Express (AXP).

Swipe Fees Could Be the Sweet Spot

Travel spending has plummeted since the start of the pandemic, but card issuers say they have seen an increase in spending on groceries and home improvement. While those purchases are not as much of a boon for airlines, they can help card issuers collect swipe fees, which they share with airlines. Swipe fees are the charges merchants pay when a customer uses a credit card to complete a purchase. The swipe fees depend in part on the dollar amount of the purchase, so higher grocery bills could result in higher swipe fees on credit cards.

However, analysts say it would be a challenge to get enough grocery store swipe fees to make up for the loss in travel spending. Credit card issuers do not publicly release fee trends on airline-branded credit cards. But total swipe fees are down at card issuers like American Express, JPMorgan (JPM), and Citigroup (C). American Express most recently announced $5 billion in swipe fee revenue—a 24% drop compared to the same period last year.

Despite the challenges, airlines are working to adapt and hold on to credit card customers. At the start of the pandemic, as the economy struggled, a number of customers cancelled their cards due to high fees. Citigroup’s American Airlines (AAL) branded card, for example, carries a $450 annual fee. Card issuers like Citigroup responded with credit statements of $225 to offset that fee for certain customers. American Airlines has also made it possible for customers to accumulate “lifetime status benchmarks” on everyday purchases during the pandemic.

Over the summer, as American Airlines and Frontier Airlines (FRNTQ) negotiated bailout loans, the Treasury asked them to work on extending credit card agreements. Those extended card agreements became a condition of securing the loans. With credit card spending down in general and renewal dates looming, analysts, airlines, and issuers are eager to see how consumers will respond.

On Black Friday this year, online spending was up 22% to $9 billion. ShipMonk’s revenue has doubled every year since the company’s 2014 founding, so it has been bootstrapped and profitable from the beginning. The company will use this round of funding to expand its team and build new operations centers.

Artificial intelligence healthcare firm Olive raised $225.5 million in financing to expand product development, which raises its total valuation to $1.5 billion. Olive is a startup that specializes in building interconnected bots for the healthcare industry. The bots can aid employees in data-heavy areas like accounting, supply chain logistics, pharmacy work, and insurance.

According to CEO Sean Lane, Olive “looks like a human working really fast on the screen” when “she” is in action. The company plans to announce new product developments and features for Olive at some point next year.

Before the coronavirus hit, the conference industry was worth $1 trillion annually. These days, some wonder if crowded conference centers might be a thing of the past. But Bizzabo has a plan to bring conferences back. The startup raised $138 million for a platform that will help organizers plan, sponsor, and run both virtual and in-person conferences. Bizzabo’s revenue is up 100% this year, and the company’s executives hope that growth will continue as a coronavirus vaccine makes more in-person events and hybrid events possible.

Bizzabo says its research suggests 2021 will be the year of the hybrid conference, with some attendees at home on a computer screen and others present in real life. This new round of funding will help the company improve its product and user experience, while also growing its engineering team and opening new offices.

"Cash back and other perks make some cards more appealing than others. But that probably shouldn’t be an excuse to use a credit card if you’re not in the financial place to do so. The trade-off probably isn’t worth it if you carry a balance."