Today, look out for the September Chicago Fed National Activity Index and September new home sales. In August, sales of new single-family homes in the US reached their highest level in almost 14 years. Though COVID-19 continues to batter many sectors of the economy, the residential housing market has stayed strong as interest rates remain at historically low levels and people seek out more room to work and play.

Tomorrow, September durable goods orders and September core capital goods orders are released. The August Case-Shiller National Home Price Index will also be published. This index showed that home prices climbed by 4.8% in July. Also look for the October Consumer Confidence Index, which measures how optimistic consumers are feeling about the economy. The index climbed between August and September.

On Wednesday, look for September US nominal goods deficit data, which measures the difference between the country’s exports and imports. In August, the country’s goods and services deficit was $67.1 billion—a $3.7 billion increase from July.

On Thursday, third quarter GDP is released. Q2 GDP shrank by an annualized rate of 31.4%. After states emerged from lockdowns and a wave of fiscal and monetary stimulus was injected into the financial system, the economy likely rebounded during the last quarter. In fact, economists surveyed by Bloomberg believe that GDP may have jumped at an annualized rate of 30% during Q3, which would be a postwar record. The September Pending Home Sales Index is also released on Thursday. In August, this figure was up by 8.8%.

To end the week on Friday, look for September personal income, September consumer spending, September core inflation, and the October Consumer Sentiment Index. In September, this index hit a six-month high as consumers became more optimistic heading into the fall.

Today, Twilio (TWLO), the cloud communications platform, will report its earnings. The company recently agreed to acquire Segment, a customer data platform, for $3.2 billion. Investors will be curious to learn more about how Twilio plans to integrate Segment into its overall business model.

On Tuesday, Microsoft (MSFT) hands in its report card. The company has been busy this quarter, from expanding its Microsoft Teams offerings and helping companies navigate remote work to partnering with SpaceX and SES to deliver satellite internet.

Visa (V) reports its earnings on Wednesday. In response to the pandemic, the company has been rolling out contactless payment systems, which are already available in 15 markets and will be coming to the US soon. Visa's "Tap to Phone" payment-acceptance function was piloted last year and the company is betting that cell phones will help increase credit-card usage moving forward—especially in light of consumer shifts accelerated by COVID-19. Mastercard (MA) is also scheduled to report its latest results today.

Thursday will be an important day for tech earnings, with Apple (AAPL), Amazon (AMZN), Facebook (FB), and Alphabet (GOOGL) reporting. These companies have all faced scrutiny from government regulators over the last quarter. Most notably, the Justice Department filed a long-anticipated antitrust lawsuit against Google last Tuesday. The tech giant faces allegations that it engages in anticompetitive behavior, specifically that it pays mobile-phone companies to keep Google as the default search engine on devices. The other three companies have also been in conflict with governments both at home and abroad. Investors may be eager to learn more about how regulatory headwinds could impact forward guidance for these tech giants.

To round out the week, ExxonMobil (XOM) and Chevron (CVX) will report earnings on Friday. The price of oil continues to hover at about $40 per barrel. Demand for air travel remains low, which continues to create challenges for oil companies.

Every week is another chance to make strides toward the career and the financial stability you want. Come join us in the SoFi app and take your next step. 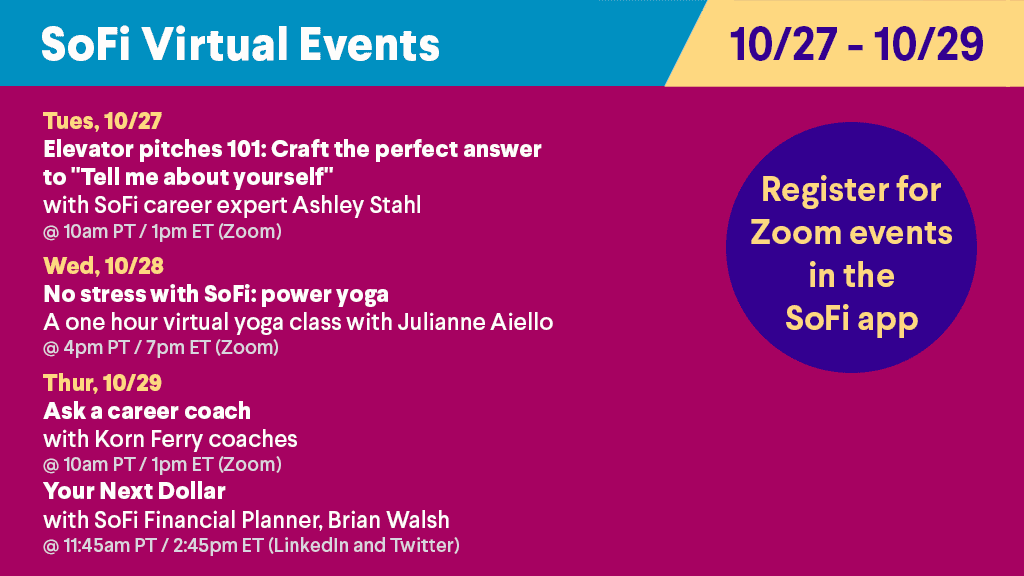 WhatsApp, the messaging app purchased by Facebook (FB) in 2014, offers its services to more than 2 billion users around the world for free. Now, after years of exploring various possibilities, the company has a new plan for how to make WhatsApp profitable.

Currently, many businesses already do this through outside services, but now they will be able to do this tracking and strategizing through WhatsApp. Eventually the new WhatsApp will also include ways for customers to shop on the platform.

Shifting Away from Targeted Ads

Facebook’s plan for monetizing WhatsApp differs from the business model it has used to make money from its flagship social media platform. The company’s strategy for Facebook and Instagram centers around targeted ads. With WhatsApp, the social media conglomerate wants to focus on building tools for customer service and user-initiated shopping.

Because WhatsApp’s user base is so enormous, Facebook could charge fractions of pennies for each time businesses interact with customers on the platform. Those charges could add up and make the app highly profitable. Already, about 50 million businesses use WhatsApp, and 175 million people message these businesses each day. With WhatsApp’s new offerings, these user numbers could see growth.

Earlier this year, Facebook abandoned plans to try to sell targeted ads on WhatsApp. The messaging platform was created without the data collection and targeting features built into Facebook’s main social media channels, and Facebook was met with pushback as it thought about incorporating these features into WhatsApp.

Facebook acquired WhatsApp for $22 billion six years ago. Initially the purchase price was $16 billion, $12 billion of which was in stock. After agreeing to pay $3.6 billion in compensation to WhatsApp employees for staying on board at Facebook, the price bumped up to $19.6 billion. Then, by the time the acquisition passed through the regulatory process, Facebook's shares had surged even more, adding another $1.7 billion to the final price tag. Since then, WhatsApp has not yet paid financial dividends, but Facebook hopes this new strategy will change that.

The Power of Compound Interest with Ro$$ Mac 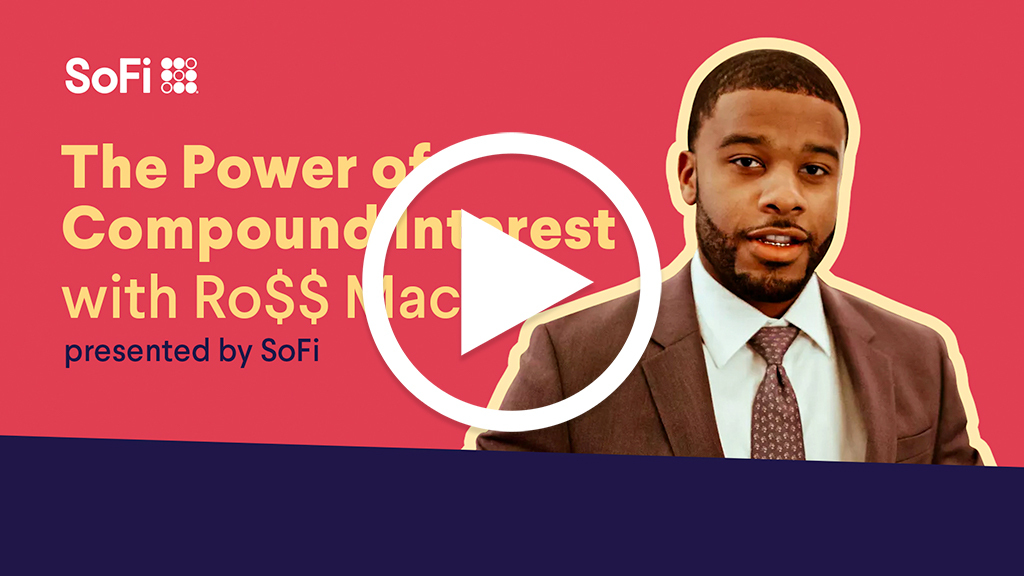 As a result, new battery factories are springing up in China, Japan, and South Korea. These factories yield more bargaining power over carmakers than traditional parts suppliers because electric car companies are so desperately in need of batteries.

Tensions between EV battery makers and car producers have been high recently for a number of reasons. There have been intellectual property disagreements, logistics difficulties, supply chain disruptions, and product recalls.

Because of bottlenecks in the battery supply chain earlier this year, Volkswagen AG paused production of its e-Tron, and Jaguar Land Rover Automotive Plc (TTM) had to temporarily stop making its I-PACE model. Four EV models have also been recalled because of battery-fire risks.

Despite these difficulties, EV makers are finding ways to work with their foreign battery suppliers because these products are crucial for meeting the onslaught of demand for electric vehicles. The rush to build electric car batteries has been called “a new arms race.”

Currently, US electric vehicle companies are very dependent on foreign battery makers. European countries are working to spur more domestic EV battery production. Some activists and lawmakers are encouraging the US to do the same. It is estimated that over 500 different EV models will be on the market by 2022. Analysts expect that by 2040 more than half of all passenger vehicles sold will be electric, meaning that EV batteries will become even more sought-after in the coming decades.

"While investing early helps you take advantage of compound interest, so does investing regularly. If you make additional contributions each year on top of your initial investment, compounding interest has the chance to go even further—even small contributions can make a difference! "