The Justice Department Files an Antitrust Suit Against Google

Yesterday, the Justice Department filed a long-anticipated antitrust lawsuit against Google (GOOGL). The tech giant faces allegations that it engages in anticompetitive behavior, specifically that it pays mobile-phone companies to keep Google as the preset, default search engine on devices.

Lawmakers say Google’s practices make it almost impossible for competing search engine services to break into the market. As a result, some say consumers are left with fewer options and that advertisers do not have access to competitive prices. The lawsuit is the government's most high-profile attempt to foster competition since its case against Microsoft two decades ago.

Google, which was founded in a garage outside of San Francisco in 1988, began as a simple search engine. That search engine is now responsible for over 90% of global search requests around the world. Google also creates hardware and has numerous subsidiaries, like YouTube, the largest video platform in the world.

In response to accusations of anticompetitive behavior in the past, Google has emphasized that its services are largely free or very low-cost. Traditionally, antitrust cases center around monopolistic companies charging high prices, but that is not the case for most of Google’s services. The company has also argued that it does face competition, and its dominance is a result of consumers choosing to use its products.

The results of this case could have a large impact on relations between the government and Big Tech. If Google loses the case, the court could require the company to change some of its business practices in ways that could leave openings for competitors. A win could also serve as a blueprint for how to pursue Big Tech companies by both the United States government, and other regulators overseas.

On the other hand, if Google wins the case, it sets a precedent that makes it harder for governments and regulators to tackle Big Tech. Other high-profile investigations across the world could lose steam. The case may last for years, but yesterday marked the beginning of a process that could have an important impact on how governments around the world think about the tech industry. Interestingly enough, investors appeared to shrug off the news. Shares of the search giant ended the day higher by 1.4%.

How To Apply for the FAFSA® in Under 30 Minutes

With a little preparation, filling out the FAFSA® can go from daunting to “done!” in record time. Here’s our pre-application checklist. 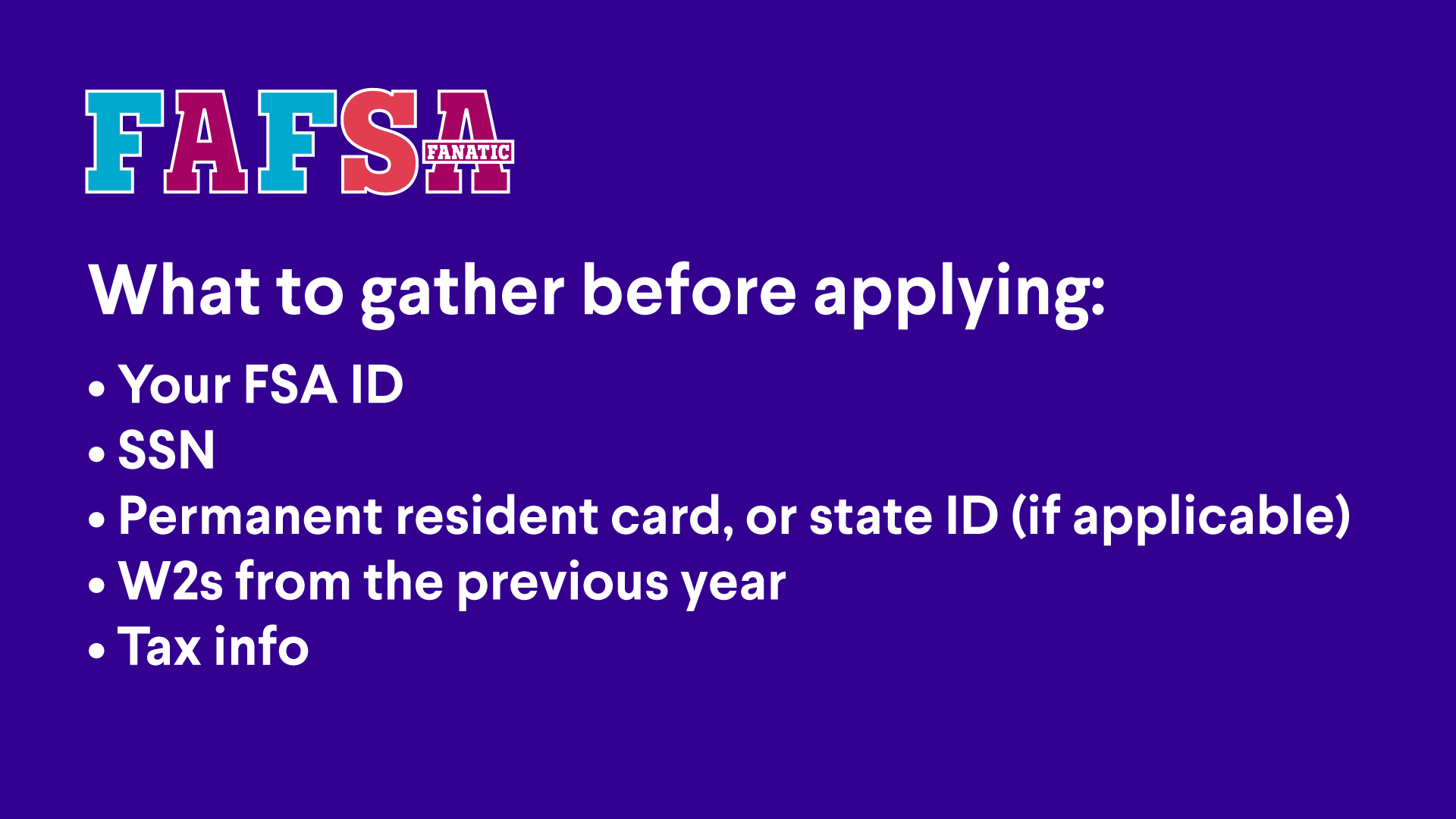 Microsoft and SpaceX Team Up

The Future of Space-Related Cloud Services

Microsoft (MSFT) is joining forces with SpaceX to connect its Azure cloud computing network to SpaceX’s Starling satellite internet system. As they launch this new project, Microsoft and SpaceX are in competition with Jeff Bezos, the founder of Amazon (AMZN) and Blue Origin, which, when combined, offer similar satellite services.

It is estimated that revenue generated by space-related cloud services could reach $15 billion by the end of the decade. Demand for cloud services surged this year in particular as businesses shift to working from home due to the COVID-19 pandemic. Because of the enormous potential for growth, companies are vying for dominance in the industry.

SpaceX has launched more than 800 Starlink satellites already. This is not nearly enough to offer internet coverage around the world, but is enough to provide service in some regions. The company is testing its capabilities in the Northwestern United States and hopes to provide internet service in rural Washington State.

The partnership with Microsoft will help SpaceX grow its network. Eventually, the two companies hope to deliver connectivity to both the public and private sector in a wide array of locations.

The collaboration with SpaceX is one of several space-related projects Microsoft has launched recently. For example, Microsoft also partnered with SES, a Luxembourg-based satellite operator, which will also link its satellites to Azure.

As the space-related cloud industry heats up, investors will be eager to see which companies come out on top.

WeWork Will Not Pay Neumann a $185 Million Fee

WeWork and its backer, SoftBank Group (SFTBY), have decided not to pay Adam Neumann a $185 million fee that was originally part of his exit package. Neumann was WeWork’s co-founder and former CEO.

Mr. Neumann left WeWork after the startup’s planned IPO did not come to fruition. The IPO was supposed to take place in August of 2019, but after it did not come together, SoftBank stepped in and took over WeWork in October of 2019. SoftBank then offered Neumann a deal to step down.

SoftBank said it would purchase $1 billion in stock from Neumann, would refinance a $500 million debt, and would pay him a $185 million consulting fee, but Marcelo Claure, WeWork Executive Chairman, said the agreement is no longer in place.

When Mr. Neumann left the company, he also agreed not to compete with WeWork for four years, but he is no longer subject to this part of the deal.

In addition to dealing with challenges from its past, WeWork is also trying to make a plan for how to deal with the COVID-19 pandemic, which has caused many office workers to work remotely for months.

P.S. SoftBank is also an investor in SoFi.

“You need to provide tax info when applying for the FAFSA®, but the good news is that many people can transfer their tax data directly from the IRS.”