Make the most of your member benefits

Despite working in an industry turned upside down by the pandemic, K-Pop sensation BTS has managed to keep the hits coming. The band’s management company, Big Hit Entertainment Co., went public on Thursday in South Korea. On the first day of trading, shares of the newly minted public company jumped over 90%, valuing the entity at $8.5 billion. For context, record label giant Warner Music Group (WMG) is worth $15 billion, but it’s several decades older than Big Hit Entertainment. Live Nation Entertainment (LYV), another powerhouse in the industry, is worth around $12 billion.

The IPO is well timed. In August, BTS landed its first English-only single, “Dynamite” on the Billboard Hot 100 chart. The song spent two weeks in first place, slipped briefly, then climbed back to the top spot again in late September. In 2019, when the band could still play concerts in sold-out stadiums, they generated $170 million from touring. The only American band to make more money on tour was Metallica.

Investors both big and small saw those numbers and jumped. Small traders ordered 600 times more shares than were available to them, and the big investment firms ordered 1,100 times the shares reserved.

The South Korean stock market has been buoyed this year by an influx of hundreds of thousands of new investors. Interestingly, they’ve been inspired by YouTube stars. Currently, many young people feel disheartened by their financial prospects and the sputtering economy. Online personalities have talked up investing as a way to earn and save on top of their day jobs.

Big Hit Entertainment’s successful IPO also fits into a larger trend taking place in South Korea and around the world. After a lull, just like in the US, startups in South Korea have been looking to capitalize on a wave of investor interest. For instance, when videogame company Kakao Games Corp. launched its IPO in September, shares quickly doubled in price and hit the daily limit on the first trading day.

Some think the market may be getting ahead of itself. An analyst from Meritz Securities said the hot South Korean stock market is driving entertainment stock prices too high.

Despite BTS’s global popularity, Big Hit Entertainment’s business model is causing some to worry, mostly because of its virtually singular revenue source. In the first half of 2020, BTS comprised almost 90% of Big Hit’s sales—a big risk if BTS’s popularity cools before the company can secure stars of equal size. Investors are banking on sold-out concerts after the pandemic ends.

BTS could also be forced to hit pause soon, as the members will have to participate in 18 months of military service, which is mandatory for most South Korean men. Hopefully for Big Hit, BTS, and new investors, that pause will come after the band makes a triumphant return to the post-pandemic stage.

Our members are the real VIPs at #SoFiStadium—even more than big-name celebrities. See the benefits you get for yourself in the official #1 Fan SoFi Stadium Tour, featuring Rob Lowe, Danny Trejo, and a real SoFi member. 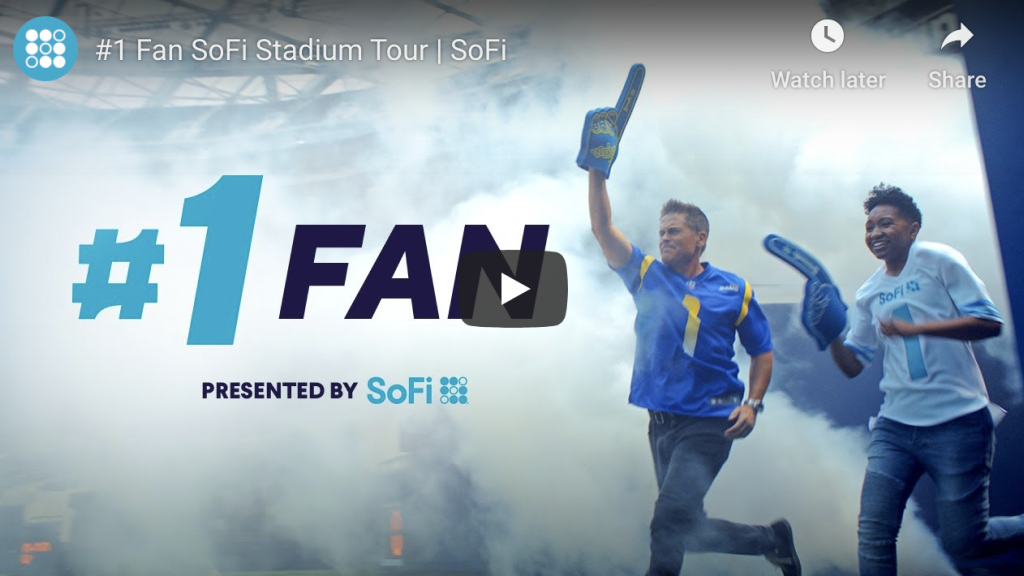 What Election Day Means for Uber and Lyft

Profitability Targets on the Line

There’s a lot to watch for on Election Day this year, including California’s Proposition 22. If passed, the proposition would allow app-based businesses to get around Assembly Bill 5, which went into effect in January and requires the companies to treat workers as full-time employees instead of independent contractors.

Uber (UBER) and Lyft (LYFT) have spent months, and hundreds of millions of dollars, highlighting the negative impact the reclassification would have on their business models. In August, both companies threatened to leave California if forced to reclassify workers. Neither company is profitable, and turning all contractors into full-time employees would affect revenue and profit metrics.

What Do the Polls Say?

In the leadup to the election, polling has exposed some inconsistent support for Prop 22 among voters. In August, two-thirds of California voters weren’t aware of Prop 22 at all. Over a third of voters were undecided.

Uber and Lyft aren’t the only companies that will be observing the outcome. More broadly, the results could reshape the gig economy. For example, this could impact companies like DoorDash, which rely on independent contractors.

In an interview last week, DoorDash’s CEO alluded to the fact that his company may also consider leaving the Golden State if Prop. 22 fails to pass. He said that his on-demand delivery startup is “prepared for all scenarios,” which is a sentiment Wall Street is embracing as well.

Electric automaker Arrival got a $118 million boost from BlackRock (BLK). Arrival is working on building a 10,000 strong electric van fleet for UPS (UPS) after scoring an investment from Hyundai (HYMTF) and Kia (KIMTF) earlier this year. This new funding round will help Arrival construct what it calls “microfactories” around the United States to build its vehicles at lower costs than standard factories.

Earlier this month, Arrival announced it was building its first $46 million American microfactory in South Carolina. They’ve also already started building another factory in England, where the company is based. The South Carolina factory will employ 240 workers and should produce around 1,000 electric vehicles per year. The company’s goal is to make commercial delivery vehicles that cost the same as their gas and diesel counterparts. With BlackRock’s latest investment, Arrival has now raised around $230 million.

Earlier this year, car rentals on Getaround dropped 75% when stay-at-home orders took effect. When car-sharing was classified as an essential service, however, revenue picked up for Getaround. Now, the company’s revenue sits at more than twice what it was before the pandemic.

The new funding, led by PeopleFund, will help Getaround expand in its existing markets. Customers can currently rent cars in 300 American and European cities. Getaround has raised $600 million in funding so far.

Italian influencer Chiara Ferragni has 21 million followers on Instagram. This star power has allowed her to work with brands like Dior, Lancôme, and many others. Ferragni also controls three companies herself. The first is Sisterhood, a marketing company, which generated 11 million euros last year. She also runs two fashion-based businesses, Serendipity and the TBS Crew, which combined brought her 20 million euros in 2019.

Ferragni is now considering bringing one or all of those companies public on Italy's only stock exchange in Milan. While some are calling it a publicity stunt, others point to the rising popularity of influencer marketing, which has grown into a $6.5 billion market. Last year, brands devoted anywhere from 10-20% of their promotional budget to these campaigns. Icons like Rihanna and Kylie Jenner have also proven the business model can be a success. At the end of last year, Coty agreed to pay $600 million for a majority stake in Jenner's cosmetics line.

An IPO from Ferragni wouldn't fetch nearly that amount. If anything the 33-year-old's group could be worth around 80 million euros using the same multiples that Prada shares currently fetch. Nevertheless, investors and followers alike will have their eyes on Ferragni if she decides to move forward and test the staying power of the influencer business model.

"Buying and selling stocks based on emotions or gut reactions to temporary volatility can derail your investment plan, potentially setting you back. Your plan was likely built with very specific goals in mind with an asset allocation based on your time horizon and risk tolerance. Impulsive selling can throw off this balance."

p>Please understand that this information provided is general in nature and shouldn’t be construed as a recommendation or solicitation of any products offered by SoFi’s affiliates and subsidiaries. In addition, this information is by no means meant to provide investment or financial advice, nor is it intended to serve as the basis for any investment decision or recommendation to buy or sell any asset. Keep in mind that investing involves risk, and past performance of an asset never guarantees future results or returns. It’s important for investors to consider their specific financial needs, goals, and risk profile before making an investment decision.