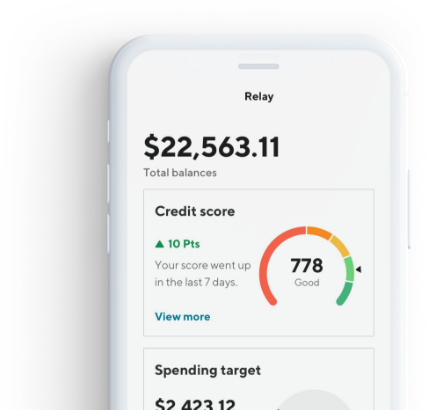 Today, the Chicago National Activity Index for August is released. This metric measures economic activity and related inflationary pressure. In July, the figure was +1.18, a drop from +5.33 in June. This means that there was still economic growth, but it slowed between June and July.

Tomorrow, look out for August existing home sales. This figure climbed 24.7% in July. Many people are still looking for more space and for a way to stay distant from others, so they are buying homes. Each of the four main regions of the country saw double-digit month-over-month growth, and every region saw year-over-year growth except for the Northeast.

On Thursday, watch for new home sales and initial jobless claims. The Labor Department reported 860,000 jobless claims during the week ending September 12. Six months after the employment crash caused by COVID-19, initial claims remain extremely high. For context, the figure came in at 211,000 in the same week last year.

To round out the week, on Friday, look for August durable goods orders. This economic indicator measures current industrial activity. In July, durable goods orders climbed for a third straight month. Investors will be watching to see if this trend continues.

Investors will be curious to see how various sectors weathered a summer like no other as they parse through earnings reports released this week. These reports may give them some insights into how working from home, roadtripping, shopping online, and other trends impacted several key companies.

Tomorrow, AutoZone Inc (AZO), the Tennessee-based car parts retailer, will report its earnings. Though people have been commuting far less during the pandemic, many opted for road trips instead of flying this summer, which has put wear and tear on cars. Additionally, the DIY boom has led some people to try to fix their cars themselves, so they may have headed to AutoZone for parts.

Stitch Fix (SFIX), the online personal styling service that uses machine learning to predict what customers will want, also reports tomorrow. People are buying less formal clothing at the moment because they are working from home and not attending many events, which has hurt clothing retailers across the board. However, Stitch Fix is in a better position than physical department stores like Dillard’s (DDS) and Macy’s (M) because of its virtual business model.

On Wednesday, General Mills (GIS), the maker of Cheerios cereal, Yoplait yogurt, and other brands, is scheduled to deliver its latest report. Analysts expect the company’s revenue to be about $4.4 billion, which would be 4.4% higher than the same quarter a year ago. As people have done more dining at home due to restaurant closures and economic downturn, they have purchased more products from General Mills.

Costco (COST) hands in its report card on Thursday as customers continue to flock to the retailer for bulk foods and supplies. Additionally, Costco has benefitted from its subscription model, a strategy the company has been doing for years, which competitors like Amazon (AMZN) and Walmart (WMT) have adopted more recently.

Lastly, Darden Restaurants (DRI) will also report earnings on Thursday. The company, which owns Olive Garden and other restaurant chains, has been battered by closures and capacity restrictions. It is expected to report revenue of about $1.53 billion—a 28.5% drop from the same quarter last year.

When it comes to making strides toward your financial growth, SoFi Financial Planner Brian Walsh recommends focusing on one thing with reckless abandon. Tune in to one of SoFi's virtual events to get inspired and put your finances on the fast track. 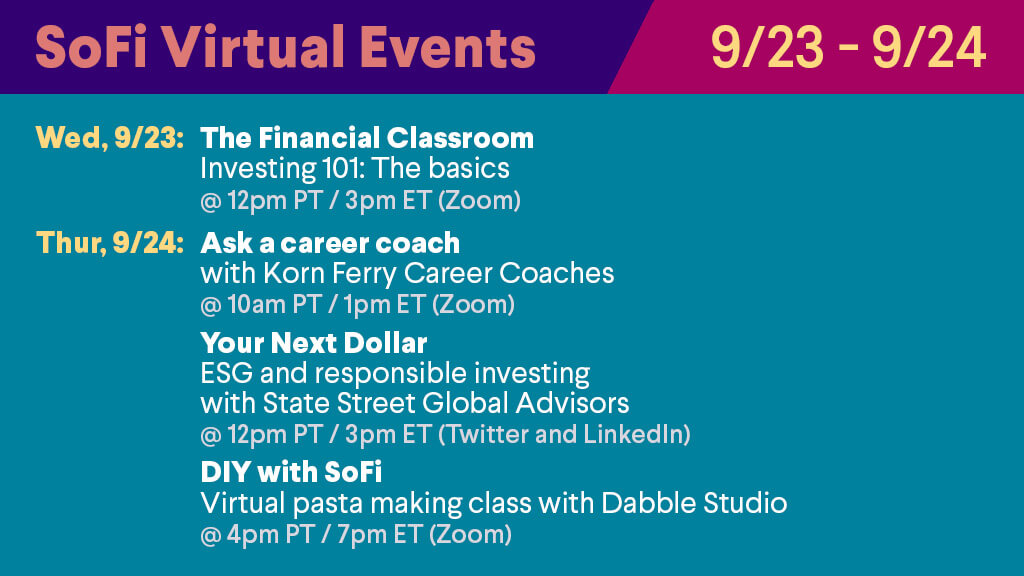 The TikTok Tug of War Takes Another Turn

This past Friday, the Commerce Department announced restrictions on WeChat and TikTok—two social apps based in China. Both apps were originally scheduled to be shut out of app stores starting yesterday, meaning they would have no longer been available through Apple (AAPL) or Google’s (GOOGL) app stores. Over the weekend, however, US President Donald Trump told reporters on his way to a campaign rally in North Carolina that he gave the TikTok-Oracle deal his blessing, saying he's approved the agreement "in concept."

While this saga is still unfolding, it appears Oracle and Walmart will acquire stakes in the US operations of the popular video app. “TikTok Global” will be set up as a new company in which Oracle will own a 12.5% stake. Walmart will own 7.5%, and the new venture will be headquartered in the US. Four of the five board members of the new company will also be American.

In a statement, TikTok said, "Both companies will take part in a TikTok Global pre-IPO financing round in which they can take up to a 20% cumulative stake in the company. We will also maintain and expand TikTok Global's headquarters in the US, while bringing 25,000 jobs across the country." Both Oracle and Walmart confirmed this in separate statements. Oracle has said it would provide cloud services that are secure and help the White House feel more comfortable with potential national security concerns. Walmart, meanwhile, said the TikTok Global IPO would take place "in less than 12 months" and that the new company will list on a US exchange.

While these moves were viewed as positive for TikTok users and certain investors, the Chinese government still has to sign off on the agreement

Concerns About the Election and Apple

Outside of the daily twists and turns of the TikTok story, negotiations between the US government, Oracle, and Bytedance (TikTok’s parent company) are high-profile for a number of reasons. One is that roughly 15% of TikTok’s 100 million monthly users will be first-time voters in the election this November. Some analysts have been curious about how a potential ban could impact voter turnout.

Investors are also concerned that if negotiations become more hostile, China could take action against US companies. Facebook (FB), Twitter (TWTR), WhatsApp, and other US-based social media is already banned in China, so there isn’t much more the country can do to hurt US social media giants. However, analysts noted that Apple (AAPL), which has a significant presence in China, could get caught in the crossfire and be subject to investigations and restrictions.

Chinese and American companies have been closely following the roller coaster ride of negotiations surrounding TikTok. Businesses in both countries are feeling nervous about rising tensions between Beijing and Washington.

The Chinese government put measures in place to limit capital outflows, and the White House ramped up restrictions and scrutiny for Chinese companies investing in the US. As a result, the total value of direct investment and venture capital deals between the two countries has fallen to a nine-year low. It’s likely that TikTok tensions are far from over, and investors around the world will be anxious to see how they unfold.

There’s an undercover name in the membership-based bulk goods sector that analysts have their eyes on. BJ’s Wholesale Club has seen its shares rise by 70% so far this year, beating Costco (COST), Walmart (WMT) (which owns Sam’s Club), and even Amazon (AMZN).

BJ’s operates over 200 self-service warehouse locations. Its stores are prominent in regions like the Northeast and Florida, which have been hit particularly hard by COVID-19. People looking to eat at home and trying to make as few trips to the grocery store as possible have been flocking to BJ’s. The chain charges $55 for an annual membership and added a record breaking 500,000 new members so far this year.

Differences and Similarities Between Costco and BJ’s

BJ’s shares some characteristics with its larger rival, Costco. Its business model and prices are similar, but BJ’s tends to be in markets that are not as high-income as Costco.

Analysts are now wondering if BJ’s will be able to keep up its soaring growth. The company’s business model depends on new membership fees, which made up about half of its adjusted earnings last year. After the pandemic-induced spike in membership signups, there could be a plateau.

Additionally, as stimulus checks and enhanced unemployment benefits end and some restaurants begin to reopen, BJ’s could see its traffic dwindle. So far this month, the company’s stock is down 8% as investors wonder about the future for BJ’s. Though the road ahead is uncertain, the company has still had a very impressive year so far.

"Planning an upcoming home improvement project? this calculator can help estimate your next renovation or remodeling costs so you can better plan your budget."