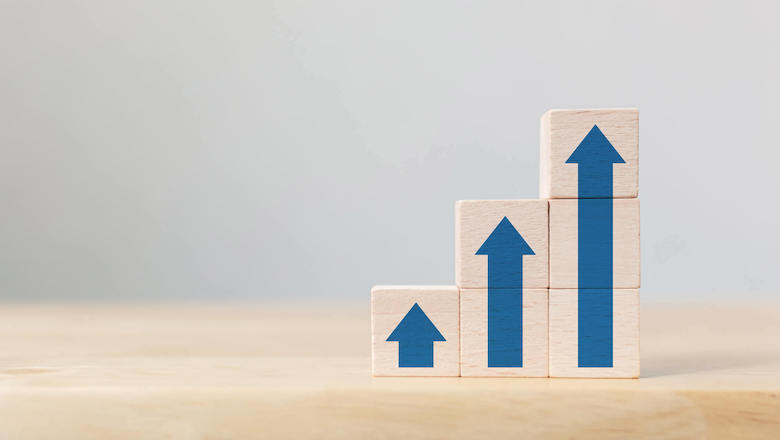 Rates Rise as Expected, but the Fed Says a Recession Can Be Avoided

As Expected, Another Rate Hike

In a widely-expected move, the Federal Reserve raised its federal funds target rate yesterday by half a percentage point. It’s just the second rate hike since 2018, and the sharpest increase since the dot-com era.

The central bank is taking these steps in an attempt to “cool off” the economy, as inflation is increasing at its fastest rate since 1982. Economists explain that by raising rates, things like car loans, mortgages, and carrying a credit card balance become more expensive due to the higher cost of debt. The central bank hopes this tighter monetary policy will reduce demand, which would ultimately cause prices to stabilize or possibly fall.

In addition to the Fed’s rate hike announcement, it also issued a policy statement, which may have boosted investor sentiment. The central bank’s mindset seems less hawkish than some expected, although it did indicate that rate hikes are likely to continue in the coming months.

Over the last 12 months the term transitory was used by many in finance, politics, and the media to describe inflation. Now, the Fed is instead affixing that term to the economy itself. While it’s true the central bank said the economy is dealing with some weakness at the moment, it added household and business spending remains strong. This could mean the economy’s issues are temporary, and justify rate hikes that might otherwise lead to a more protracted slowdown.

In addition to the rate increase, the Fed also announced plans to reduce its $9 trillion balance sheet beginning in June. Federal Reserve Chairman Jerome Powell also noted he’s aware of the hardship caused by inflation, adding the central bank has the tools it needs to get prices under control.

Powell said additional 50-basis-point hikes would be on the table in the ensuing months, but the Fed is not considering a 75-basis-point hike at this time. He praised the nation for its resiliency throughout the pandemic and this current period, saying while it won’t be easy to slow runaway inflation, the economy can handle tighter monetary policy. Addressing the possibility of a broader economic slowdown, Powell predicts a “softish” landing.

Please understand that this information provided is general in nature and shouldn’t be construed as a recommendation or solicitation of any products offered by SoFi’s affiliates and subsidiaries. In addition, this information is by no means meant to provide investment or financial advice, nor is it intended to serve as the basis for any investment decision or recommendation to buy or sell any asset. Keep in mind that investing involves risk, and past performance of an asset never guarantees future results or returns. It’s important for investors to consider their specific financial needs, goals, and risk profile before making an investment decision.
The information and analysis provided through hyperlinks to third party websites, while believed to be accurate, cannot be guaranteed by SoFi. These links are provided for informational purposes and should not be viewed as an endorsement. No brands or products mentioned are affiliated with SoFi, nor do they endorse or sponsor this content.
Communication of SoFi Wealth LLC an SEC Registered Investment Adviser
SoFi isn’t recommending and is not affiliated with the brands or companies displayed. Brands displayed neither endorse or sponsor this article. Third party trademarks and service marks referenced are property of their respective owners.
SOSS22050501